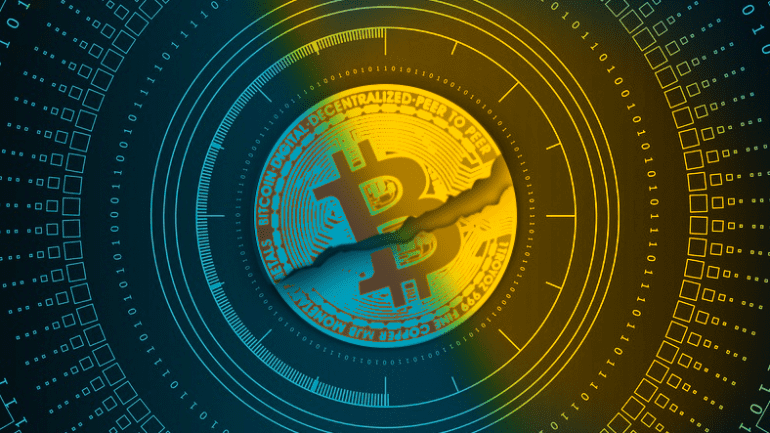 It’s been almost 4 years since the last bitcoin halving and that can only mean one thing: the whole bitcoin community is getting ready for arguably its biggest event. Expected to occur around May 18th, the phenomenon is generating massive buzz and bringing a lot of expectations across the entire bitcoin industry.

As it approaches, miners are investing in new equipment, adjusting arrangements, making new investments, creating new solutions with software development outsourcing partners (https://www.bairesdev.com/software-development-services/software-outsourcing/), and calculating projections to prepare for the potential changes the third halving in bitcoin’s history can bring. Would that be enough? What will happen after? What kind of impact will the halving have? Let’s answer some of the most pressing questions around this!

But first – remember the halving, right?

Maybe you aren’t that enthusiastic about the bitcoin world or you’re just starting out. So, it’s best if we explain a little about it before continuing. Put it in the shortest way possible, the halving is the process through which the block rewards for mining coins (solving complex computational problems) fall from 12.5 to 6.25 bitcoins (half its value, hence the name).

The bitcoin system does this by design roughly every 4 years when new 210,000 blocks are generated. This process will continue to happen periodically until the maximum supply of 21 million bitcoins is generated within the network – something that’s estimated to happen in 2140.

Why does this happen? All of this was somewhat arbitrarily defined by bitcoin’s creator(s) as a way to supply new coins to the market in a controlled manner with a predictable inflation schedule. If the demand remains steady, then the number of bitcoins will “feel” scarce, which influences the currency’s market value (supposedly rising the bitcoin’s price to help keep the interest in it by miners).

Now that we got that out of the way, let’s see some of the things that can be expected around the next halving.

1 – How will the Next Halving Impact the Price?

In a system as fixed as bitcoin’s, you might expect that price fluctuation surrounding something like the halving would be fairly predictable. Beyond the normal shifts of the market, anyone with a clear knowledge of the theory should somewhat estimate where the prices will go. However, it’s impossible to say. A lot of experts believe that the best way to anticipate outcomes is to check what happened in the previous halvings and derive possibilities from there.

This would mean that prices will rise before the halving actually happens, simply because more people get interested in bitcoin and investments tend to rise. Additionally, this would mean that, after the halving takes place, the price will go up again, as the coin supply is constrained. The two first halvings, with their own peculiarities, went like that.

However, that doesn’t necessarily mean that the third halving will follow that exact same route. Demand can fall and the anticipation and preparations might set out the whole system for a different scenario. Today’s bitcoin market is fairly different from that of 2016, especially because there are more cryptocurrencies fighting over the same audience (with the presence of big enterprises like Facebook thrown into the mix).

One of the everpresent questions surrounding halvings is how halving the block rewards impact the miners’ income. Anyone could argue that, given that bitcoin mining implies the use of powerful (and costly) computers that use up a lot of electricity, halving the rewards can drive miners to leave the business simply because it’s no longer profitable. That could certainly be an outcome, especially if prices after the halving don’t rise up to the expectations.

If prices drop (or even if they stay the same), certain miners will certainly feel the impact. Since miners rely solely on selling the coins they mine, a bitcoin market that holds its current price can be disastrous for “weak” miners that use old equipment or that don’t have access to low electricity fees. Since the rewards would be nearly half for the same effort (and the same costs), these miners would be forced to close shop, as they wouldn’t be able to turn a profit – or break even.

If those miners disappear, there would be fewer people mining bitcoin, meaning that the ones that stayed in the game would get a bigger piece of the pie. In such a scenario, it would be enough to make a profit just by having newer equipment – which explains why so many miners are upgrading their computers.

3 – Will the Coronavirus pandemic have an effect on it?

Virtually everything in the world is related to the Coronavirus right now – and the bitcoin halving is no exception. To understand the expected impact of COVID-19 in the halving, it’s important to note the current economic situation around the world. Since most business activities are on-hold given the strong restrictions and social distancing measures used by most countries, large parts of their populations are struggling financially.

Thus, governments are responding to the crisis by injecting money into their markets to provide aid to the unemployed, social program beneficiaries, and other sectors at risk. This will inevitably debase traditional currencies, which will be “weaker” than the more robust bitcoin. In fact, the economic crisis that will undoubtedly stem from the pandemic creates a ripe field for people to jump into cryptocurrencies in general and bitcoin, the oldest example around, in particular.

That doesn’t mean that people will adopt bitcoin in troves. In fact, the economic crisis might have the exact opposite effect – driving the dollars that would be invested in bitcoin into other necessities and more traditional investments. If that happens, the price rise expected to happen after the halving could be delayed which will, in turn, affect the weaker miners.

A New Instance of a Fascinating Phenomenon

As it happens with anything related to economics, the halving’s outcomes are hard to predict – and even harder in the context of a pandemic. Perhaps the only thing that we can expect from the new halving is that it will teach us something extra about that interesting experiment that is the bitcoin system.

A successful halving in a turbulent year can give the system the boost to become a reference in the economic world and bring massive changes to economies on a worldwide scale. However, an unexpected drop in prices or the abandonment of the system by some players might elevate the overall risk and put the whole bitcoin experiment in jeopardy. Though highly unlikely, these are all possibilities that we have to consider in the face of the upcoming halving, a phenomenon that has only one certainty – it will redefine bitcoin, once again.