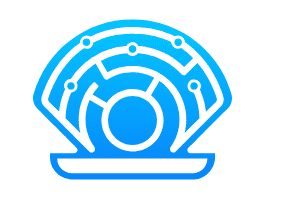 Oyster, a platform utilizing the power of DLT to store files, mysteriously saw its smart contract on Ethereum multiply its PRL token to millions on Monday.

The creation of the new tokens caused the price of PRL to drop by 60 percent and its market capitalization shed more than $10 million in minutes.

“Earlier this morning directorship was transferred by the original Ethereum address controlled by Bruno Block, allowing the new director to mint 3 million new PRL. We do not know any reason why this would be done and are currently looking into solutions.”

Bruno has been Oyster’s unknown founder. It is still not clear how Block has remained anonymous and able to assume full control of the project even after the team behind the file-sharing platform indicated that the smart contract was ‘free of bugs.’

The freshly minted tokens were transferred to KuCoin, a virtual currency exchange, where they were sold at a meager price.

The abnormalities in the Oyster token contract were first pointed out by users on Reddit;

“There is something terribly wrong with the Oyster token contract. People are sending Ether to the contract at a rate of 1 ETH to 5000 PRL tokens (0.0002 Eth per PRL), which means that they can sell it for higher on Kucoin. The total supply has also increased.”

The Reddit users went on to note that Oyster and “the account own the address got randomly accessed 6 hours ago after months of inactivity.” The users were analyzing content from etherscan.io.

Although the PRL token is an ERC20 token, it can be used to operate and transact on other platforms. Oyster aims at utilizing the power of Tangle technology developed by IOTA to provide private file storage capabilities.

Even in such unclear circumstances, the team behind PRL has not given any clear guidelines on how it will stop or contain the situation. Since it is near impossible to reclaim the directorship of the contract, the team may as well decide to create another contract.