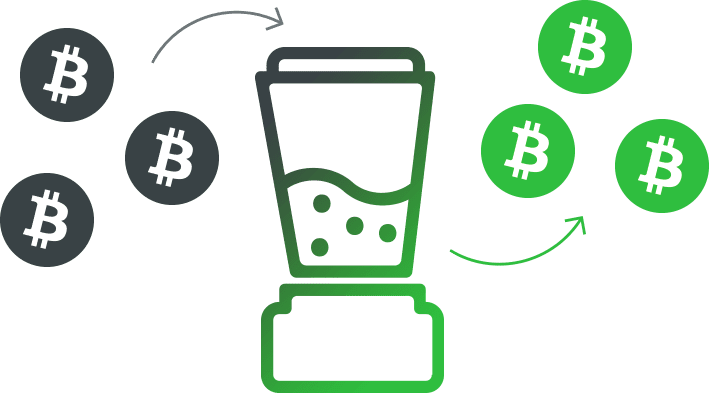 Are Bitcoin transactions really anonymous? How to buy Bitcoin anonymously? These are questions that every who operates with Bitcoin should really know, and this is why Bitcoin, the first cryptocurrency in the world, has seen widespread adoption since its birth some 10 years ago. Unfortunately, it runs on a public blockchain which gives everyone the right tools a chance to sniff around your Bitcoin transactions.

Bitcoin Transactions Are Not Anonymous

During the early days of Bitcoin, its users thought that their transactions can’t be traced on the blockchain. As time went by, it was unearthed that being a public blockchain, everything is open for all to see.

It may be just a person curious on how transactions are done on the Bitcoin blockchain but it can also be a criminal trying to survey how much Bitcoin you have and your frequency of sending or spending them.

Additionally, with more people adopting Bitcoin, governments are worried it can be used to evade tax and criminals can conduct trades using the currency.

These services add a privacy layer on top of naked BTC transactions. The core offering by these services erases the trace of a transaction by mixing different BTC coins from assorted transactions. By doing so, hackers, law enforcers, or government bodies following a particular transaction from a given address are thrown off path since everything has been mixed up.

What About BTC Addresses

Bitcoin addresses are not anonymous. This means that even your BTC address can be traced by a cryptocurrency exchange, a malicious party, and even law enforcers. Although it seems harsh to say this, your BTC address puts you at risk of being hacked since a criminal can see your BTC wallet’s balance. By using a mixing service, everything is hidden from the public; addresses and transactions.

There are those cryptocurrencies that offer anonymity without the need of them going through the coin mixing services. These cryptocurrencies have higher transaction speeds than that of Bitcoin and they have a lower price compared to Bitcoin. The leading anonymous coin is Monero which uses cryptographic ring signatures to provide anonymity to Monero (XMR) transactions. However, with Monero, the addresses are visible but the transactions cannot be traced back to a particular address. Also, the wallet balances cannot be established by a snooping party.

First, it’s good to note that anonymous altcoins are increasing having a negative outlook from governments for fear of being used to launder money, finance terrorism, among other illicit activities. Second, the level of anonymity and security offered during the Bitcoin mixing process is way higher than that offered by anonymous altcoins.

With more people owning Bitcoin, it makes much sense to just mix your coins when sending rather than converting them to anonymous cryptocurrencies. This also cuts on the transaction fees.

Mixing Bitcoins during a transaction is done by third parties who guarantee security and anonymity. One such third party is Bitcoin Mixer. This one particularly stands out since it does not store the mixing logs or any personal information that may be provided by the individual whose Bitcoins are being tumbled.

Additionally, the system is automated which allows for consistent results based on an algorithm. Other third parties which were trusted and were easy to use include Bitmixer but it is no longer offering the service.

How Does a BTC Mixing Work?

As already indicated above, the mixing is meant to help those who want to make untraceable Bitcoin transactions. Whether they are paying for goods and services or they are donating some BTC coins, or sending BTC to a loved one.

The mixer or blender ‘confuses the trail’ on anyone trying to decipher the source or destination of any transaction.

Apart from offering mixing services, the Bitcoin blender offers a chance to earn Bitcoins when you invite a friend into using the service. This is carried out as an affiliate or referral program.

Here, you earn depending on how much the invited friend mixes. An affiliate partner earns roughly 50 to 60 percent of the 5 percent of the mixed amount.