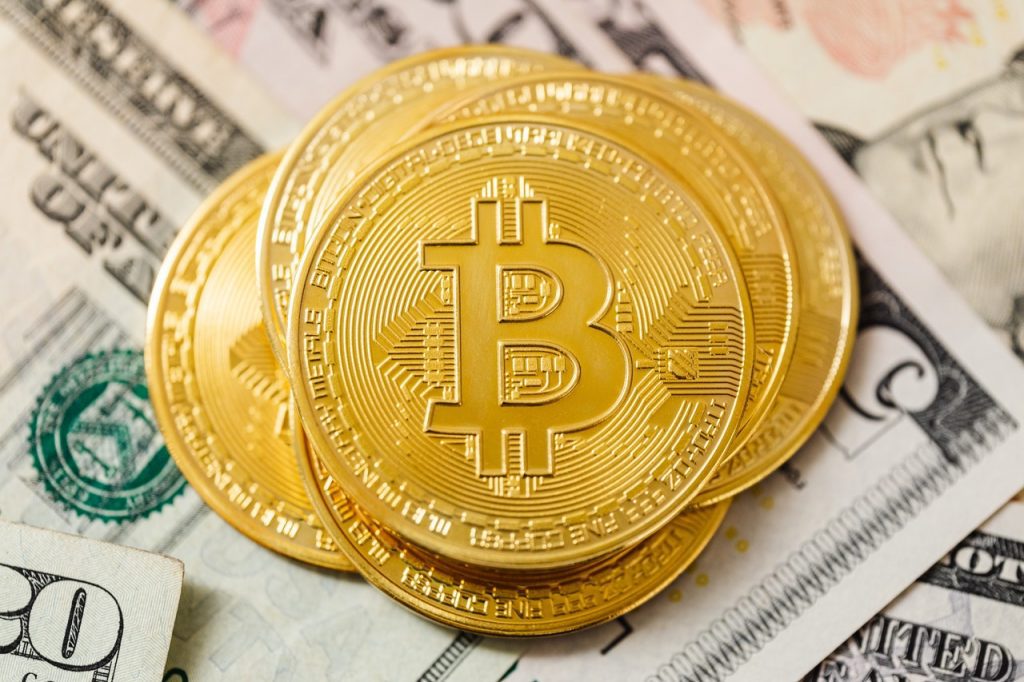 It is not an easy task to find the best Bitcoin desktop wallet. Indeed, it could be very difficult if you do not pay close attention to details. A Bitcoin wallet desktop helps you control your Bitcoin and other virtual currencies using your desktop computer.

In this guide, we are going to share with you all you should know about a desktop Bitcoin wallet, how to choose them, and which is the best Bitcoin wallet you can use right now. We will also focus on why crypto wallets are very important and whether you should search for new Bitcoin wallets to use on a regular basis.

What is a Cryptocurrency Wallet?

However, not all the cryptocurrency wallets available right now work in the same way. Indeed, there are some differences among wallets that we should take into consideration. In general, the safest crypto wallets are hardware wallets. These are devices that look like pen drives (depending on the hardware wallet you got) and that keeps your private keys offline.

Software wallets are computer programs that run on smartphones and desktop computers that allow users to get access to virtual currencies and handle them. Software wallets are usually the most user friendly in the market. Although it is not easy to find the best bitcoin desktop wallet, these apps make it possible for users to also get access to a wide range of other services such as buying and selling digital assets.

Depending on the wallet you use, you will have different solutions and services. Take into consideration that the best Bitcoin wallet is not always the most popular one. You should search and understand which is the cryptocurrency wallet that would meet your needs.

What is a Bitcoin Desktop Wallet?

A desktop wallet for Bitcoin is a software program that runs on desktop computers and that makes it possible for users to receive, send and hold Bitcoin (BTC). There are different types of desktop wallet Bitcoin.

Depending on the needs you have, you could choose among different wallets. Most of the Bitcoin desktop wallets nowadays support Bitcoin and also other virtual currencies such as Litecoin (LTC) or Ethereum (ETH).

It is also worth noting that there a Bitcoin wallet for desktop that could support SegWit while others not. If you are a person that cares about sending and receiving transactions for lower prices and faster, then you should search for the best Bitcoin desktop wallet with SegWit activated.

A Bitcoin desktop wallet is usually easy to use and includes many different features that would make your whole interaction with the Bitcoin blockchain much faster and easy. If you feel that you are using a Bitcoin cash desktop wallet (BCH), then you should definitely consider moving to a Bitcoin (BTC) wallet. Remember that these two networks are not compatible.

That means that if you send BTC to a BCH wallet you will lose your funds. They will be lost forever and you would not be able to recover them.

In some cases, the best Bitcoin wallet desktop users love includes a smartphone application. The easier the company makes it for you to handle your funds the easier it becomes to manage your Bitcoin.

There are some differences between Bitcoin desktop wallets and smartphone wallets. The main difference you can find is related to the type of device they work with. Desktop wallets, as the name suggests, are only for users that want to handle their funds on a desktop computer.

If you have a smartphone wallet, the attacks could be more limited, depending on the ecosystem you use. Nonetheless, this does not mean that smartphone wallets could not be targeted by hackers. Indeed, this could happen as well.

It is not easy to find the best desktop wallet for Bitcoin. In order to do so, users would have to search and test different types of wallets, solutions and applications. The best Bitcoin wallet for desktop would include all the features you are searching for and many others. Everything would depend on your needs.

You can always do a list of things you must have at the time of selecting the best desktop Bitcoin wallet. There might be no solution that surpasses all the other options. In some cases, one wallet would be better than another one. Nonetheless, it might be more difficult to find a wallet that would have all the features in just one application.

The next are just some of the best desktop Bitcoin wallet Reddit users are talking about. They would help you get an idea of which are the hottest wallets you can use. You should check them, test them, and eventually make a decision depending on the type of use you would give to it.

One of the best Bitcoin desktop wallets is the Ledger Nano S. This wallet is the safest one in the market due to the fact that the Ledger Nano S works as a hardware wallet as well. Although you can handle it through your desktop computer or using your smartphone, the Ledger Nano S would have additional protection to your Bitcoin and other digital currencies.

You can use the Ledger Nano S interface through Ledger Live, an application that can be downloaded to your desktop computer. There you would be able to handle not just Bitcoin, but also hundreds of other virtual currencies.

The Ledger Nano S is a great option for those users that want to get access to an easy-to-use wallet (through the Desktop application) but at the same time get the highest level of security that you could have from a crypto wallet. One negative aspect of this wallet is related to the fact that you have to pay for the device.

The Exodus cryptocurrency wallet is among the best Bitcoin desktop wallets in the world. It helps users send, receive and even exchange Bitcoin and more than 100 other virtual currencies. This wallet is available in a desktop version, but it can also be used through mobile devices and even hardware options.

One of the main advantages of this application includes the possibility to engage with different applications that make it easier to get access to your funds and personalize your experience. If you are a person that wants to get access to live charts, portfolio visualization, a built-in exchange and 24/7 support, then the Exodus wallet is the right way to go.

Finally, Exodus supports more than 100 different assets. That makes it easier for users that have large portfolios to get access to their digital currencies using the same crypto wallet and interface.

The Electrum Bitcoin wallet has been one of the most popular ones for Bitcoin since it was released several years ago. The Electrum wallet is considered to be one of the best Bitcoin desktop wallets due to its longevity and solutions offered over time.

This wallet is safe to use, it does not require lock-in and it is also offering a multi-sig option for those that want to share permissions to spend Bitcoin. For users that want to have even better protection, they can implement the 2-factor authentication.

Electrum works with hardware wallets and it is also supported on different devices. That includes desktop computers and smartphones. In this way, nobody remains without a crypto wallet that would be easy to use and secure.

The Mycelium Bitcoin wallet has been created almost ten years ago and it offers Bitcoin owners the possibility to protect their coins using some of the most advanced technology ever. This wallet claims that if you hold your BTC on Mycelium, you would be among the “smart 8%” Bitcoin owners that keep their coins in complete safety and privacy.

In addition to it, Mycelium has added support to Ethereum (ETH) and other currencies. The ERC-20 Ethereum standard is also supported. If you want to send ERC-20 coins to this wallet, you should be able to do so without problems.

Bitcoin Core (Run Your Own Node)

Bitcoin experts claim that one of the best ways (advanced) to handle your coins and engage with the Bitcoin network is by running your own node. You can run a Bitcoin core full node that would make it possible for you to verify the transactions that take place on the network and keep a full copy of the ledger.

The main advantage of running your own node is that you do not need to trust third parties anymore. You can verify the transactions that are processed by the network in just seconds after downloading the whole blockchain.

Atomic wallet is one of the most popular wallets in the cryptocurrency market right now. This wallet makes it easier for users to handle, receive and exchange cryptocurrencies. As you can see, we do not talk about Bitcoin, but we also focus on other digital assets.

The wallet is not only available for users that want to handle Bitcoin through their desktop but also using a smartphone. One of the main advantages of this wallet is related to the possibility it offers users to get access to other services (such as staking).

Through the desktop application, you would be able to manage your portfolio, handle your Bitcoin and get access to all the features offered by Atomic Wallet. There are few wallets in the market with such a large number of solutions offered and Atomic Wallet is just one of the best options right now.

Finally, the last in the list of best Bitcoin desktop wallets is Copay. This wallet has been created by BitPay and it is known for offering services to users that want to have a multi-signature wallet. Although this is considered to be a wallet for different platforms, it has a desktop application that makes it easy for teams to handle their coins together.

A multisign wallet means that you would not be able to send a transaction alone, but you would need the confirmation of other team members. This is very useful for companies and projects that want to handle funds together.

The desktop app should be relatively easy to use and it can also be used on a smartphone. Thus, it is up to you to decide which is the best Bitcoin desktop wallet to use. Nevertheless, you should take into consideration that this wallet didn’t offer support for SegWit, making transactions more expensive and also slower.