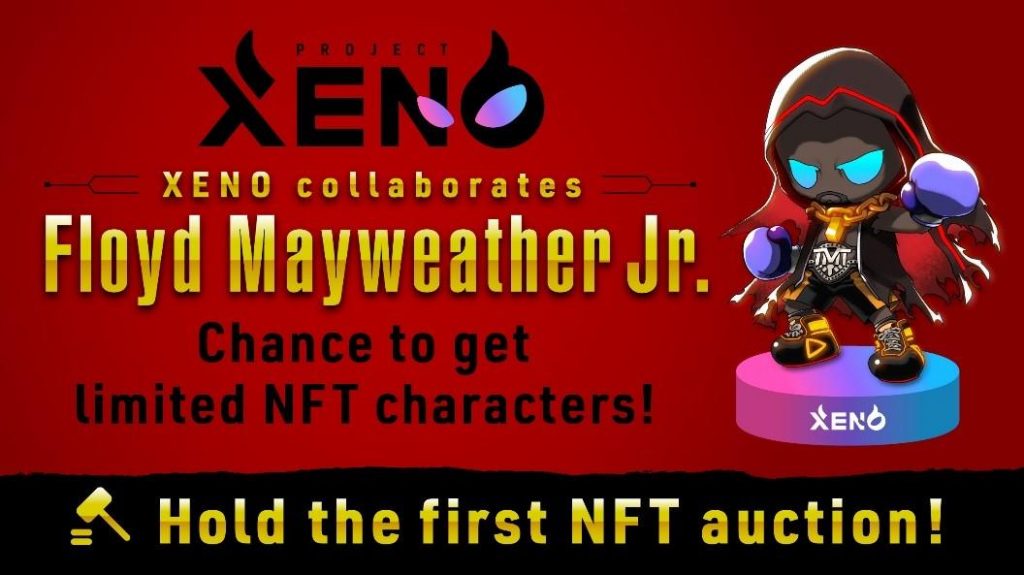 As announced earlier, the token that is published by EPOCH FACTORY and used in  “PROJECT XENO” is just about to be listed on the Cryptocurrency exchange “MEXC Global” on 3rd of Oct.

“PROJECT XENO” is going to launch the first auction and for this memorial event, the project will collaborate with Floyd Mayweather Jr. The company will hold an NFT auction, including special limited Mayweather characters.  Prizes for the participation will also be distributed for winners.

The token “GXE” published by EPOCH FACTORY which will be used in “PROJECT XENO” a blockchain game is going to be listed on the  Cryptocurrency exchange “MEXC Global” on 3rd of Oct. The PROJECT XENO team hopes that this special event will raise awareness to this project, and will continue to expand the community.

MEXC Global is known as a leading exchange of high performance and transaction matching technology. Founded in 2018 and currently caters to more than 6 million users in more than 70 countries around the world., MEXC Global aims to become the go-to platform for new traders and experienced investors as they move forward in their financial journey.

YouTuber “Hikaru” has been appointed as an ambassador

“PROJECT XENO” reached an agreement with The YouTuber “Hikaru”, one  of the top and most popular YouTuber in Japan who has more than 4.8 million subscribers to become an ambassador.

This year, which is said to be the first year of Web3, is attracting increasing attention to blockchain and NFTs as the next generation of the World Wide Web. Hikaru, who continues to challenge a lot of new efforts, has been appointed as the ambassador for the project.. XENO will continue to take on new challenges that will create a new wind in the NFT game industry with Hikaru and provide new experiences to everyone.

“I am grateful to be appointed as the ambassador for “PROJECT XENO”, said Hikaru. “As some of you may know, my career as a YouTuber was started from a gaming channel. My starting point will challenge the industry that is attracting attention in the future. I will for sure fully enjoy these challenges! And I hope my viewers on YouTube and all parties related to the “PROJECT XENO” will also enjoy the project!” he adds.

PROJECT XENO is a tactics game with GameFi and e-sports aspects. Players who own NFT characters can acquire tokens and NFTs by playing this game. They can also trade NFTs seamlessly through the in-app wallet and marketplace. Their earnings are securely stored in the “General” in-app account.

Crooz Blockchain Lab, Inc. is a company  that focuses on blockchain technology and game development, and also a consolidated subsidiary of CROOZ, Inc.

*The impact of this business on the consolidated earnings results of the current fiscal year is minor.

-Formulate management targets and support efforts to attain the targets

Capital ：40 million yen（including capital reserve. as of the end of March in 2022）