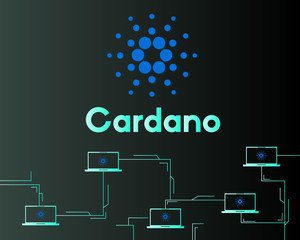 The cryptocurrency market is constantly changing. This time, Cardano (ADA) was able to surpass Binance Coin (BNB) as the third-largest virtual currency in the world. According to data provided by CoinMarketCap, Cardano moved higher by 30% in the last 24 hours and it reached a price per coin of $1.33.

Cardano, one of the largest cryptocurrencies in the world is getting closer to Ethereum (ETH). The virtual currency skyrocketed 30% in the last 24 hours and its market capitalization surpassed $41 billion.

In this way, Cardano surpassed Binance Coin (BNB) as the third-largest virtual currency. It is worth mentioning that BNB has been in a bull trend this year and the coin reached $300 for a short period of time. This allowed BNB to become one of the largest digital currencies in the market.

It is worth mentioning that Cardano continues to expand in the cryptocurrency market. A few hours ago, IOHK and MuKn launched the Glow programming language on Cardano’s developer network.

In a recent report released by Cardano and MuKn, they inform that the Glow language is initially being launched on Cardano’s Ethereum Virtual Machine (EVM) developer network. In this way, developers can test it to write new smart contracts.

Furthermore, with Glow developers can reduce the cost of working with Cardano as they can use a smaller amount of lines on their code.

Francois-Rene Rideau, the co-founder of MuKn, commented about this project:

“Writing a DApp is the single hardest thing to do, because you can’t afford any mistakes. Mistakes may mean a significant loss of user funds, with active adversaries looking for them. Existing developer tools didn’t measure up to the task of creating secure DApps in this adversarial environment, so MuKn decided to create those tools with Glow.”

In addition to it, by increasing the number of programming languages available for the Cardano network, it might be possible to have a larger number of developers entering the space. If that happens, then Cardano could see an improvement in their ecosystem.

Some of the advantages related to the Cardano network include low fees, fast transaction times and a growing community. Developers would be able to run their applications on both networks, Ethereum and Cardano. This is a very important thing for IOHK and the team behind Cardano.