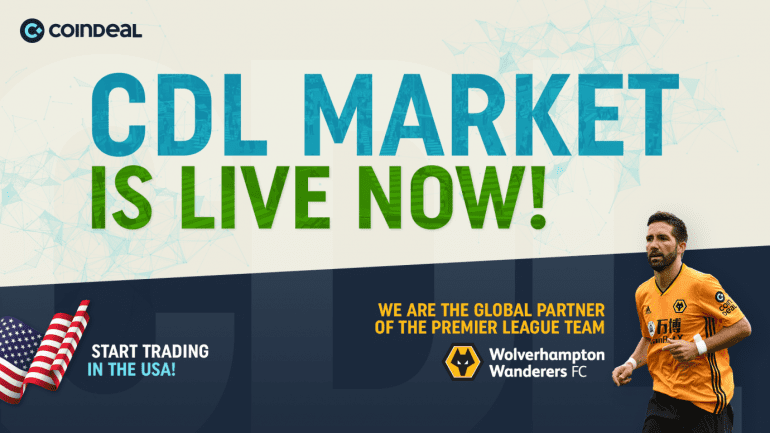 CoinDeal has been making waves in the cryptocurrency exchange for two years now, quickly ascending in the ranks thanks to their committed customer service and widespread availability. With an average daily trading volume of over $11 million, the CoinDeal exchange offers 49 different pairings, which cover a wide range of highly popular to highly niche cryptocurrencies. Though they already have a strong presence in European and Asian markets, they recently received the go-ahead from regulators to begin operations in the U.S., during a time when many other exchanges are pulling their support from the lucrative American market.

Following the same vein as exchange titans like Binance and Huobi, CoinDeal has launched their own system-native token, named CoinDeal Token (CDL). However, unlike other exchange-based tokens, CDL was initially distributed for free across their user base as a demonstration of gratitude for the support of their customers. In total, over 87,000 customers received 514 CDL tokens each. CDL is a utility token, meaning it can be used by its holders on the exchange to partake in the following benefits:

The CDL/BTC pairing on CoinDeal opened for trading on November 12th, 2019 with recipients of the airdrop being in total control of setting its market value. After only three days of trading, the CDL token totaled over $100,000 in volume, meaning that the token had become an instant success.

According to Alex Strześniewski, COO of CoinDeal, “The CDL Token outperformed our wildest expectations. We knew that this new form of token distribution was unprecedented and the fact that 90% of tokens were given away for free to users meant that the entire value was left in their hands.” In a note of optimism, he later added, “I think that the $3,000,000 USD market cap is just the beginning and that the CDL will be able to follow in the footsteps of the most prominent tokens available.”

CoinDeal will make its CDL/BTC, CDL/EUR and CDL/USDT* pairings available to its new U.S. customers as well. 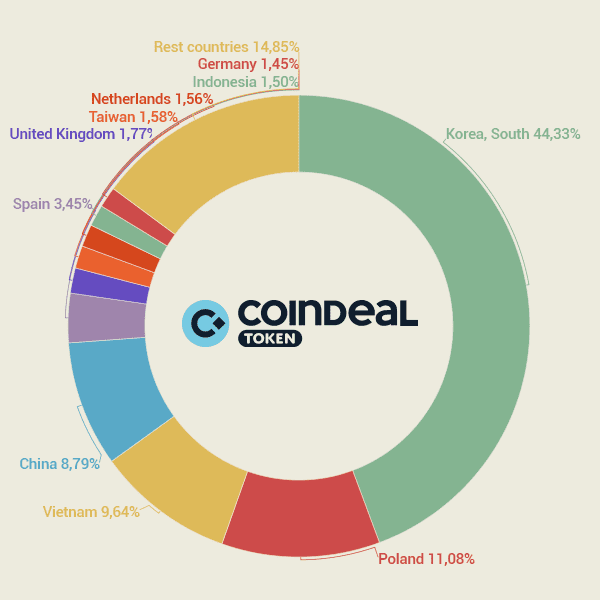 A breakdown of CDL tokens distributed to exchange members by country of residence, at the opening of CDL trading.

Now available for both iOS and Android devices, the CoinDeal app is ready to provide exchange members with trading on the go. Users can also view 24-hour price changes on charts and preview transactions to be made before they are executed.

For those who are looking for a few extra features, members can upgrade to the PRO version of CoinDeal in order to access state-of-the-art trading applications, such as the Galaxy Score tool which is built to help traders make an evaluation of market conditions before making a purchase.

CoinDeal is a Malta-based company, registered with FINCEN in the United States under the Money Services Business Registration Number of 31000146609933.

Additional information about CoinDeal can be found through their social media profiles on the following platforms: