Markets by TradingView
Home » Could the new 3AM DApp defeat Telegram in the battle for Crypto Community Management?

Could the new 3AM DApp defeat Telegram in the battle for Crypto Community Management? 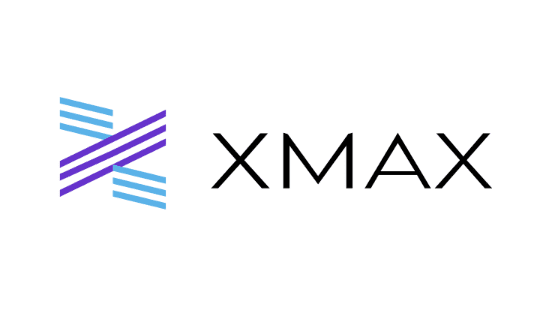 In the era of blockchain 3.0, more applications have been developed based on blockchain technology, and there is an increasing number of projects requiring advanced community management features. The 3AM social DApp, now available for IOS and Android, provides advanced management features not available in Telegram or WeChat. It is designed to allow large groups to maintain the closeness of small groups in the context of a large community.

3AM, is a social DApp reportedly researched and developed in partnership with the XMAX blockchain ecosystem. “3AM has been designed to create a gateway for users to interact with blockchain projects directly,” said Season, head of product development. This platform integrates blockchain applications with their community members to help them improve in-group communication and build partnerships with other communities.

How did 3AM become a Crypto Social DApp?

Here’s an example, the “3AM Sleepless Blockchain Group” which gained national acclaim in China’s blockchain community generated a large number of affiliated groups during a short period of time (over 60,000 Members). Yu Hong, the founder of the 3AM Sleepless Blockchain Group, found it difficult to manage such a large number of members using WeChat, as WeChat limits individual groups to 500 members, outside management tools, were needed to enable communication to each group in the community. As well with so many members commenting in separate groups, it’s difficult to coordinate the community as a whole.

To solve this problem, Season said, “We’ve studied many other APPs in addition to WeChat that work with large groups, such as Telegram, and found that it is no easy to capture or read a message from a large stream of messages and much harder to zone in on valuable information. For this reason, 3AM adopts a new group structure of a “Main Group + Fork Groups” to simplify group management.” Pull Down Menu for Main Group

– you can see the information posted in the main group anytime by using a simple pull-down menu. Example of Group Management with 3AM

Wang Feng’s Top Ten Questions, is a 3AM partner and has a community numbering in the tens of thousands of users. If it were currently registered in 3AM, its main group would have 1000+ fork groups. The owner or administrator of the main group could supervise and manage any branch group by clicking the member list, and ensure that each group contains no more than 210 members who receive the owner’s message synchronously.

In addition, members of each fork group will be relatively familiar with each other, which is conducive to the diversification of the community when members with the same interests are grouped together.

Origin: At 3 a.m. on February 11, 2018 (during the Spring Festival), Yu Hong and a group of “sleepless” friends accidentally created a WeChat group called The “3AM Sleepless Blockchain”. In less than three days, the group was joined by a huge number of fans who have social value in excess of 1 Trillion RMB. The group members include such celebrities as Cai Wensheng, Li Xiaolai, Shen Nanpeng, Xue Manzi, Xu Xiaoping and Zhou Hongyi, as well as Wang Feng, Tong Liya, Hu Haiquan and Gao Xiaosong from the entertainment circle.

As the 3AM Sleepless community grew, dozens of WeChat groups labeled with the “3AM” logo popped up overnight, with the original “3AM blockchain community” being reported worldwide.

Now 3AM’s IP has generated several blockchain WeChat groups in Beijing, Shanghai, Guangzhou, Shenzhen, Hong Kong and Macao as well as in Silicon Valley, Paris, Japan, Australia, Harvard University and MIT, covering numerous social networks and attracting millions of fans. This is what blockchain is designed for, i.e., the boundless exchange of messages around the globe. More importantly, the new 3AM DApp provides more efficient management tools for large chat community like 3AM and helps and promote the healthy development of “community culture.”

What’s “Special” about 3AM?

Group members can earn cryptocurrency tokens when they perform actions which improve the 3AM community. There are also features which allow community members to self-moderate the community through tokenized actions. At present, 3AM’s design combines owner-management and self-management via the community to solve social management issues for large groups.

Product owner Season said, “Compared with Telegram’s random approach token releases, 3AM’s tokens are offered as incentives for members who have made contributions to the community. Those to whom tokens are usually awarded include the group owner who created the community (currently over half of the tokens), high-quality content creators (who have received many up-votes) or who have successfully invited a friend(s) into the community, and active users who post relevant content.

3AM is an open community platform and considers user’s experience and safety of token-based ecology, 3AM has decided to cooperate with select third-parties to provide users’ digital assets.

When asked about 3AM’s future plans, Season said, “There is a high technical requirement to get into blockchain development, with 3AM we want to lower this threshold so that everyone has a chance. Although now it as a platform focused on blockchain technology, 3AM envisions itself as an open platform for more industries, including exchanges and investment banks, to create a win-win platform for multi-party cooperation. In most cases, 3AM acts as a bridge between ordinary users and blockchain teams.

In fact, the community is fundamental to the blockchain industry. 3AM, as community management software, is able to generate fork groups for simplified management; and through integrating blockchain technology with community-managed economies, 3AM is pushing to the forefront of the blockchain 3.0 era.

Felix, the head of the XMAX’s blockchain ecosystem, says that “3AM is a DApp developed based on the XMAX ecosystem and will use an XMAX side-chain in future iterations, and he emphasizes that it operates independently. What’s more, XMAX is also providing service to the 3AM project”.

In fact, the XMAX ecosystem is linked to many projects and allows project owners the freedom to develop their products in a way that suits their own development philosophy.

XMAX will operate as a “Main-chain + multiple functional side-chains” which run in parallel. Developers will also have access to an SDK, which will simplify the creation and integration of products with the XMAX main-chain. The main-chain uses a dynamic proof of stake consensus mechanism based on a VRF algorithm to support blockchain DApps.

Currently there more than 20 active communities which will become applications on XMAX Ecosystem side-chains registered in the 3AM DApp. Some other projects, user-created communities for Ripple and Lianying are also being developed on 3AM.