Duelist King is a play-to-earn online card game built on the Cardano blockchain. Players can earn DKT tokens and own NFT cards and champions. Players can build decks from their cards and play against other players in matches. Duelist King lets players own cards that are from different roles, races, and attributes. You can play as an archer, assassin, caster, duelist, support, or warrior. There are also twenty-four different races available to play, including druids, zombies, orcs, humans, goblins, and many more.

Duelist King began as a technical lite paper that outlined the game’s design and development by a team of 16 developers, designers, marketers, and community builders based in Asia. The team aims to revolutionize the way people play, participate and earn in card games by creating top-quality gameplay, engaging asset designs, and advocating for a sustainable future. Duelist King is powered by its own decentralized autonomous organization, the Oracle System, and a random number generator. The game offers dual values for investors: token utilities and card sales.

So if you’re interested in learning how to play this game, this guide will help you out. By the end of this guide, we hope you’ll have enough knowledge about this game Duelist King.

What type of game is Duelist King?

Duelist King is a revolutionary card game that’s focused on transforming the way people participate and earn in card games through high-quality gameplay and asset designs. The #Win2Earn motto is central to this game, which enables the community to enjoy, engage, and earn from the game.

The game has turn-based strategic gameplay, with a simple user interface and challenging gameplay. The cards at the front and center of the game play an important role in gameplay. This will make it easier for new players to learn the game and enjoy it alongside veterans.

The game has two modes. The Free2Play version is for users who want to try out the game and see if it’s for them, learn the ins and outs of the game, and get a sense of what it’s like. For players who are more experienced, there is the standard mode, which requires a minimum deck of 22 cards. 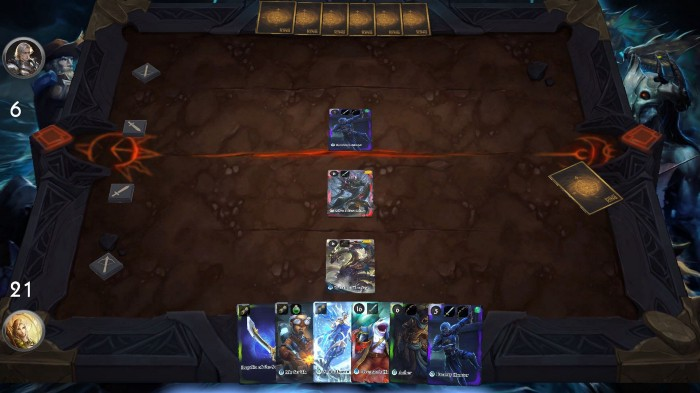 You begin the game on the battlefield, with your deck at the bottom of the screen and your opponent’s deck at the top. Your deck can be customized and you can see which cards are available in the inventory. 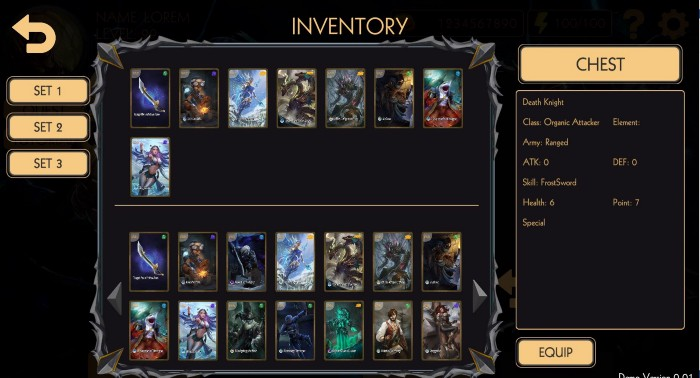 A curse that was so powerful and horrible that had never been bestowed before. The conflicts between human races have brought about outrageous acts of violence and vengeance that may lead to the destruction of the universe. The Duelist King was forced to use the last resort, sealing the power of all races in the Holy Chest and putting an end to their fighting to save the earth. Little John, a pirate who was totally ignorant of world-tumbling history, discovered the Duelist King map that leads to the Holy Chest by accident. His journey will bring him treasures and fortunes, as well as challenges. Everyone is invited to join John on his exciting journey!

Duelist King offers the following benefits to the community:

Duelist King has a clear and precise roadmap that they will be updating frequently. Here’s a quick overview of their roadmap.

What is Duelist King Use-Case?

Duelist King is a card game where the decisions on issuing, distributing, and allocating proceeds are governed by decentralized mechanisms on blockchain for proven fairness, transparency, and best interests of the community. DK is powered by the DKDAO platform, an ecosystem for the distribution and creation of games and game-related digital assets. Thanks to the decentralized power of blockchain democratization and decentralization, DK aims to transform the way people buy, collect, play, trade, and earn in card games.

What is Duelist King’s Monetization Strategy?

Duelist King’s mission is to change the way people play, participate and earn in card games by creating top-quality gameplay, assets, and advocacy for the sustainable future of #WinToEarn. In the game, players can earn rewards for competing in quests, battles, and tournaments. They can also impact the direction of the project by contributing their ideas about gameplay and design.

Duelist King has raised over a million dollars after attracting investment from a number of prestigious private equity firms. The funds will be used to establish Duelist King as a leading player in the fast-growing blockchain gaming industry. So far, most release games have been based on a play-to-earn business model. But Duelist King is built around the concept of win-to-earn, where games are designed to reward players based on how often they play.

What is Duelist King Tokenomics?

DKT is the native governance token that allows players to vote on in-game assets. Players can purchase mystery boxes from the marketplace that contain random cards or NFTs. Cards can be traded with other players. Players can unlock sealed cards by playing different game modes and using their DKT tokens as entry fees.

10% of the total token supply will be transferred to a reserve fund and locked up as dividends for holders of DKDAO tokens.

Who Is The Team Behinds Duelist King?

Duelist King is led by a team of blockchain advocates who are passionate about breaking down barriers to the technology through community empowerment.

Who Are The Partners and Investors Behinds Duelist King?

Duelist King is backed by well-known companies such as:

What was Duelist King’s Release Date?

Duelist King is now available in public alpha and you can get it on its Android and web version. The developers didn’t announce yet when the full game will be available. If you’re interested in learning more about Duelist King, check out the website at: https://duelistking.com/.

When was Duelist King Pre-Sale?

Duelist King is still in its alpha version, so we’re looking forward to seeing how it will develop as it moves toward a beta release. Hopefully, the beta version will be even better. This game might be full of potential, but it is still in its early stages. Only time will tell if this game will hit the required bar to be dubbed a success.

If you’re interested in playing Duelist King, be sure to check back at this site for the latest news and updates regarding the game. We’ll keep you up-to-date on all the latest.