Ethermon was one of the first games on the Ethereum blockchain to use interactive Non-Fungible Tokens or (NFTs). It paved the way for other blockchain games allowing players to own, use, improve, and profit from their digital assets earned in-game.

Initially launched in 2017, Ethermon is considered the company’s flagship title and has been among the top most popular dApp games since its release. It was relaunched in 2019 with an expanded team because of the requests of its dedicated fans. Ethermon has since then become a community-driven version under the Ethereum chain.

Even though this is one of the oldest blockchain games in the crypto world, many players continue to enjoy this play-to-earn game. This article will teach you everything you need to learn about Ethermon and how you can earn while playing this game.

Ethermon is short for Ether Monsters, the creatures you can see in the game. These creatures are collectibles in the form of NFTs, and you capture, train, and transform them to go on adventures and join crypto-based battle games on their blockchain. At its core, Ethermon reflects the spirit of decentralized movement through blockchain gaming.

If you are familiar with blockchain games, chances are you know about Axie. Ethermon was initially released a year before Axie, and they feature similar gameplay. Just like the famous Axie, Ethermon can let you earn rewards by playing, collecting, and competing with other players and their Ether Monsters across the game platform.

Ethermon is said by other players to have Pokemon-like gameplay but uses NFTs. The monsters are crucial to the gameplay, and each monster has different battle stats, forms, powers, and generations. Like Pokemon, you can upgrade these monsters to have more in-game advantages.

Even though it was developed in what was considered the “crypto winter” that lasted in 2020, many Ethermon enthusiasts and passionate players pushed through for it to survive in the industry. Since it is one of the first blockchain games in the industry, the team behind Ethermon has continued to grow, with now over 30 full-time and part-time employees.

The team developed the game with their vision of gaming being decentralized, and they were right. Many blockchain games have been developed and created since then. Intending to let the players have a voice in the governance of the games and how they can contribute to it, Ethermon has survived in the blockchain gaming industry even until today.

Ethermon has many notable investors, such as:

The legacy token of Ethermon is called the EMONT, which was created before the ERC-20 standard tokens. The problem with EMONT is that this token is now discontinued, but it was replaced by a newer token called EMON. For old players who want to convert their EMONT tokens to EMON, you can visit the Ethermon website.

EMON has been developed and launched to support the expansion of Ethermon from being a 2D gameplay to having a 3D metaverse that is more focused as a play-to-earn game. EMON will now be considered the main and only token in the Ethermon ecosystem, so it is advised for old holders of EMONT to have them converted into the recent version as soon as possible.

As of today, the supply available of EMON is 400,000,000. The old EMONT tokens can be converted at a 1:4 ratio on the Ethereum website, so it is excellent news for the old players of this game.

The tokens can be purchased in-game, and since this is a play-to-earn model, players will be given incentives to get passive benefits and access Ethermon content. The tokens can also unlock or upgrade rare NFTs and assets if you participate in unique challenges and tournaments.

The great thing about Ethermon is that it is free to play for all users. However, if you want to avail yourself of more exclusive and premium content, you can use the power you have using the tokens.

You can see here the Token Allocation of Ethermon:

The game also has an off-chain uncapped currency called MARKS, which was initially used for the DCL game. This currency can be farmed through battles, looting, and completing adventure quests within the game. Since these are more abundant in Ethermon, you can use MARKS to unlock basic content and to purchase basic assets that are more common.

If you want to move with lower rarities, you can use MARKS. If you want to make moves with rare and unique Mons, they can only be purchased using EMON and will be limited all over the marketplace. As you go through the different game modes, you can unlock new opportunities to earn more EMONs.

Ethermons can evolve and have different “Forms.” These forms are limited to certain species and can transform when reaching a high enough level. The level at which they transform is unique to each species. Currently, the transform feature is limited for Mons on Ethereum but is slowly being rolled out on Polygon.

How to transform your Mon:

Once you have both of the requirements ready, gather the three ancestors so they will be able to harness their energy to transform. A few rare species from the first generation can draw from their power to transform without ancestors.

To transform your Mon even higher, you need to collect all of its ancestors. Not all Mons can transform twice, and it may require a higher level to transform your Mon. Once a Mon is transformed, its level resets to 1, and the base stats reset within the higher ranges as it is a higher form.

There are many types of Mon, and these types interact with each other. Each type has a type that is weak and strong. A type that has an advantage over the other has a 30% advantage in stats over the disadvantaged type. Otherwise, the stats are neutral. 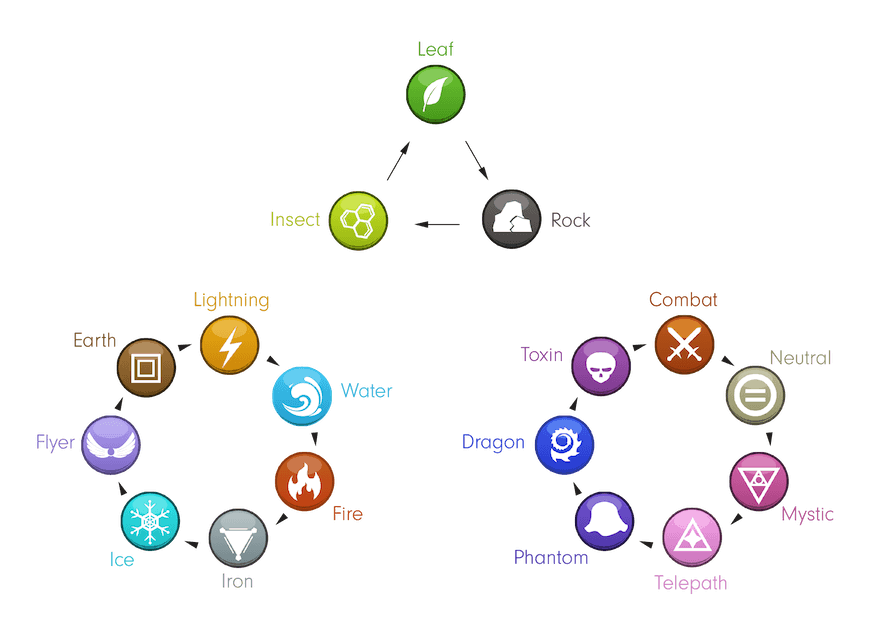 There are 6 main stats that a Mon has, and they are randomly set at birth. A Mon may have higher stats than the same Mon, even at the same level, if that specific Mon is born with higher stats. The aggregate of the 6 stats set the Battle Power (BP) of a Mon. However, this does not mean that a higher BP will guarantee victory.

Health (HP) – Health or Hit Points determine how much damage a Mon can take before defeat.

Ethermon Classic is a 2D game. However, you can also play in 3D in Ethermon’s own Decentraland. You can take your Mons, capture more Mons, and even battle them there. Decentraland is an open-world environment where users can own land. Much like Ethermon has done. Ethermon started developing in Decentraland to turn it into a 3D MMO game.

There has recently been an NFT presale of the new Ethermon Legends. These are NFT profile pictures (PFPs) that you can collect and trade. These NFTs are released in small batches and are quite rare. To buy them, you would need to be on the whitelist.

The whitelist is currently closed; however, keep an eye on their discord to be notified when their next Ethermon Legends batch will be released.

How To Earn in Ethermon

There are many ways for you to earn in Ethermon. Here are some of the ways that you can make while playing this game:

MARKS – You can earn MARKS, the in-game currency that is not a crypto token. You can then use the currency to create NFTs. To make EMON, you can burn the NFTs or sell them on marketplaces in exchange for the token.

Other ways: The various in-game activities can also reward you EMON directly. Such as quests, battles, participating in tournaments, and many others as the game continues to be developed.

Players versus players or PVP gameplays have been at the core of Ethermon since the beginning. An ongoing rotation of tournaments allows the players to earn by assembling their Mons into teams and competing in 2D games. The tournaments usually last 6 days before the final placements are announced to its participants.

Each battle usually costs 2 energy, while forming a team in the Tournament mode will cost you 4 energy. The Energy System of Ethermon recharges every 12 hours at 8:00 PM and 8:00 AM UTC, and there is no way for players to purchase energies directly within the game.

The original adventure mode of Ethermon is a legacy product developed by Ethermon in 2017, but it was halted in 2019. The team behind Ethemon is still re-evaluating this gameplay mode, but due to the changing regulatory environment, the reward mechanisms of this mode are still impossible to carry forward.

In the adventure mode of Ethermon, players would be sent to explore an adventure site in one of the 54 sites for a small fee. The site you can visit is based on the Mon’s type, and the players can discover buffs and rare items on the site that they can exchange for in-game currencies.