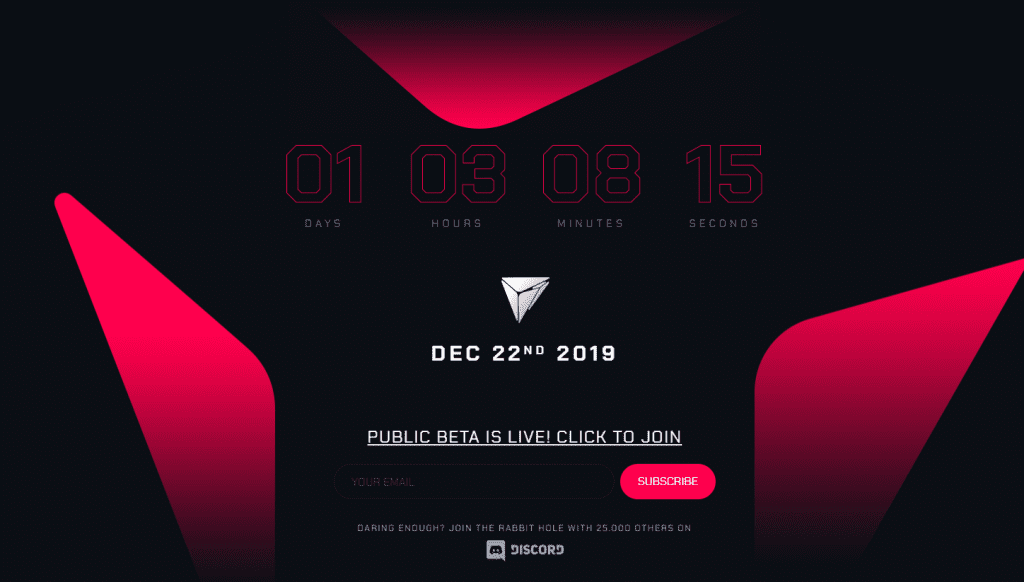 Team Just, the collective behind popular decentralized application FOMO 3D, have unveiled a brand-new dApp – right in time for Christmas. The December 22 release of Just.Game is sure to put many on edge, not least since FOMO 3D led to a major slowdown of the Ethereum network just last year. Billed as “an implementation of the world’s first self-decentralizing artificial intelligence that reaches beyond the boundaries of its own software in order to sustain itself,” the novel new application is likely to provoke its own festive FOMO.

Is Just.Game More Than Just a Game?

So what can you expect if you disappear down the rabbit hole in search of winnings in Just.Game? Well, if the game’s 59-page whitepaper is any indication, you can anticipate an experience unlike any dApp to date, by turns beguiling and mind-boggling. A major departure from the format of FOMO 3D, which was built on Ethereum, Just.Game is the company’s first title on TRON, with better scalability and higher throughput believed to be the clinchers in switching chains.

In any case, the dApp harnesses the concept of “Theory of Mind” artificial intelligence to compel players to dive in, see if they can get their head around the whole enterprise and, in the process, win big. Like FOMO 3D, there’s a serious bounty up for grabs – but this time it’s shared, with the prize split between the last 100 players. Players can also win investment opportunities in speculative assets, and there’s a hefty bonus for the last person to extend the timer before the round concludes. As noted in the game’s whitepaper, “the system aims to showcase a futuristic reality, in which clever software can use money to keep itself alive.”

In other words, the more you play, the more the dApp is sustained – and the more financial incentives are created. Team Just call the dApp a “precursor to a self-sustaining Artificial Intelligence,” but whether the term ‘autodecentric’ resonates with you or just gives you a migraine, there’s a good chance you’ll be sucked into its futuristic vortex before 2020 rolls around.

The Just.Game whitepaper, it should be said, reads like a slice of Ballardian science fiction. Lines like “We are focused on the part of A.I that has to keep itself alive through understanding and influencing the needs of people” and “a piece of software that convinces and pays you to keep it alive” lift the mood of expectancy, while also provoking a shiver down the spine. If the mystique of it all has you itching to roll the dice, be assured that you’re not alone: Just.Game’s intoxicating brew of paradoxes, layered suggestions and unpredictability is prone to have that effect.

If you grudge playing Team Just games, incidentally – what with them being maddeningly addictive but tricky to win – you’ll be glad to hear that “Just.Game will eventually turn on its creators, and decide they are no longer relevant to its continued existence.” Terminator II vibes, anyone? Team Just are ending 2019 with a bang, but if their clever new game works as described, they may soon be obsolete through encoded redundancy. It’s the ultimate exit scam.

You can check the Just Game community here.