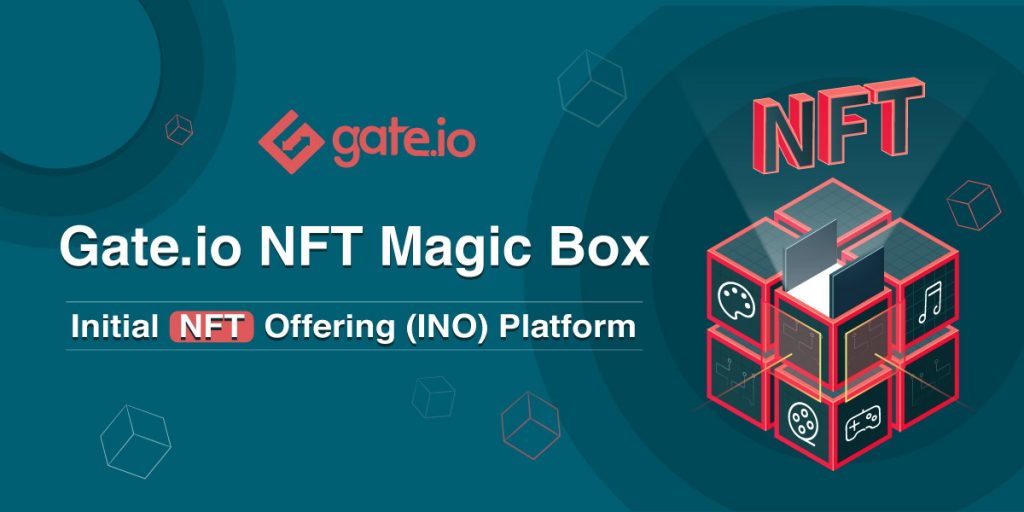 The NFT market worldwide has grown tremendously throughout 2021, with global NFT sales exceeding $10.7 billion during Q3 2021 according to data released on Reuters. As everyone from startups and exchanges to tech giants such as Microsoft and Meta shift focus to the metaverse, and indirectly NFTs, Gate.io has launched a new Initial NFT Offering (INO) platform on its dedicated NFT Magic Box marketplace.

“The launch of our new dedicated INO platform on the existing NFT Magic Box marketplace, we at Gate.io aim to empower artists and creators while helping them showcase their artwork to audiences across the world. Inversely, Gate.io users will get early access to new NFT collections by investing in up and coming talent,” said Marie Tatibouet, Chief Marketing Officer at Gate.io

In the months since Gate.io launched NFT Magic Box, the platform has grown significantly. OpenPunks launched in October as one of the world’s first community-driven NFT collections, and become a cornerstone of the platform. Recently, Gate.io supports multi-chain on NFT Magic Box allowing users to showcase and trade NFTs based on several Ethereum and Tron protocols. NFT series such as Bored Ape Yacht Club (BAYC) have received official certification, allowing users to trade their Apes on NFT Magic Box.

Initially, projects listed on the INO platform will be strictly vetted, with only projects audited by the Gate.io team being allowed to participate on the platform. The Gate.io community will be able to vote and support high-quality projects with longterm potential, while getting early access these NFT collections.

Gate.io allows blockchain enthusiasts to trade and store assets in over 1,000 of the leading cryptocurrencies for over 8 million users from over 190 countries. The exchange offers spot, margin, futures and contract trading in addition to DeFi products through Hipo DeFi, custodial services through Wallet.io, investments through Gate Labs and it’s dedicated GateChain platform. The company also offers a wholly integrated suite of products such as its Startup IEO platform, NFT Magic Box marketplace, crypto loans and more.