After a consolidation period for Bitcoin price in recent days, it may be possible for the cryptocurrency to experience a new major price movement. This is according to a recent analysis shared by Konstantin Anissimov, Executive Director at CEX.IO, with UseTheBitcoin.

In a recent analysis shared with UseTheBitcoin, Konstantin Anissimov explains that it may be possible for Bitcoin to experience a new major price move in the next few days. He is having a look at the Bollinger Bands on the 4-hour chart, which are getting closer to the price of BTC.

When there is a squeeze of the Bollinger bands we could consider that this is because of a period of stability that could end at any moment. This is indeed what the analyst believes.

On the matter, Anissimov explained:

“Bitcoin’s price appears to be contained within a narrow trading range, waiting for volatility to strike back. The ongoing stagnation phase forced the Bollinger bands to squeeze within BTC’s 4-hour chart, which is indicative of a major price movement about to take place.”

In addition to it, and taking into consideration a longer time-frame, Bitcoin continues to be traded between $9,900 and $10,400. This has already been experienced before and could be related to a new period of accumulation that is taking place around this level. 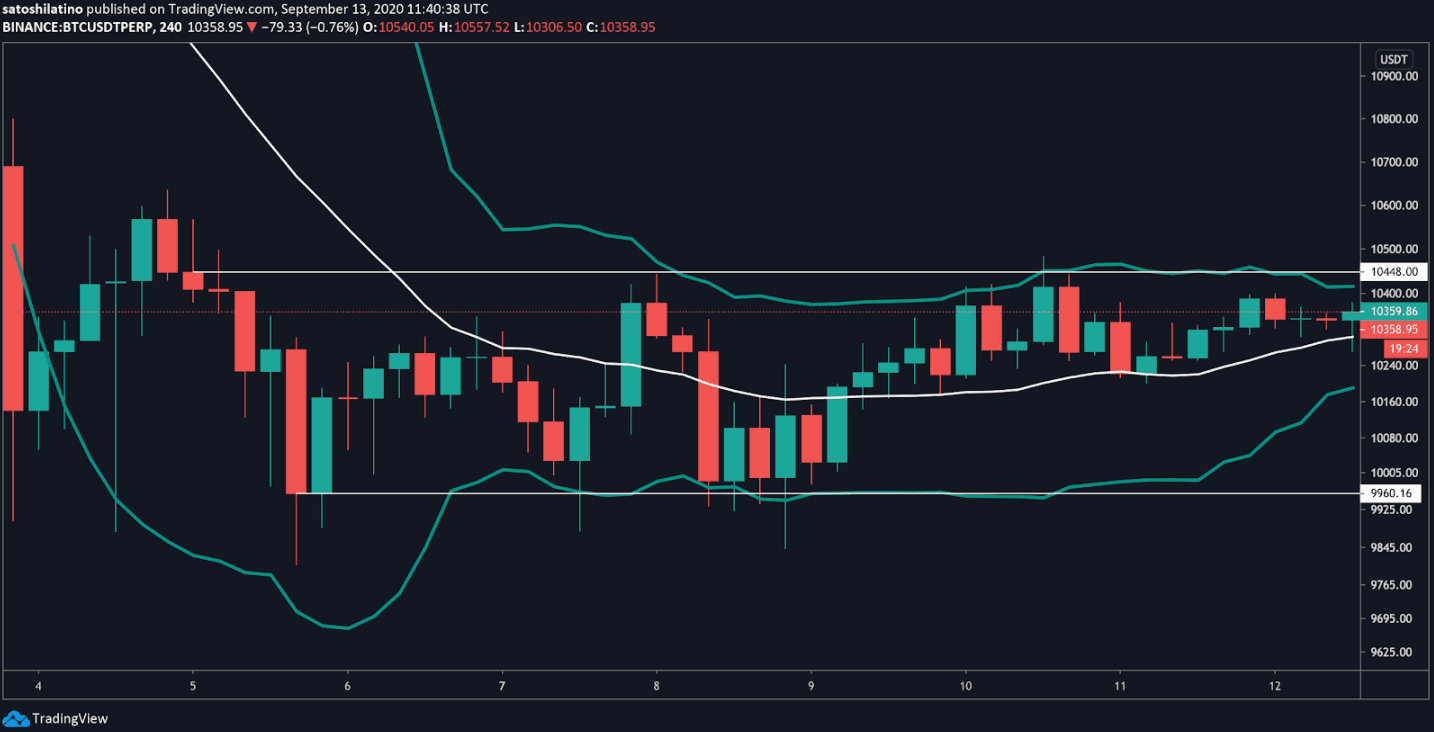 It is worth pointing out that Ethereum (ETH) is also in a consolidation period. This took place after a correction of around 36% of its price the first days of the month. According to Mr. Anissimov, around 68 new addresses on the Ethereum blockchain are now holding between 1,000 and 10,000 ETH.

This shows there is a large interest for Ethereum and the ETH virtual currency before its evolution into a Proof-of-Stake (PoS) digital asset.

The entire cryptocurrency market has behaved strangely in recent days. Some digital assets such a Binance Coin (BNB) or Polkadot (DOT) registered massive gains. Litecoin (LTC) and Bitcoin (SV) had difficult weeks and are now among the worst-performing digital currencies in the last week.

Bitcoin and Ethereum are clear market leaders. Both virtual currencies could start moving up and help other altcoins change their trend. In the next few days, we should closely follow Bitcoin moving above $10,400 and Ethereum recovering part of the price it lost and breaking $380.