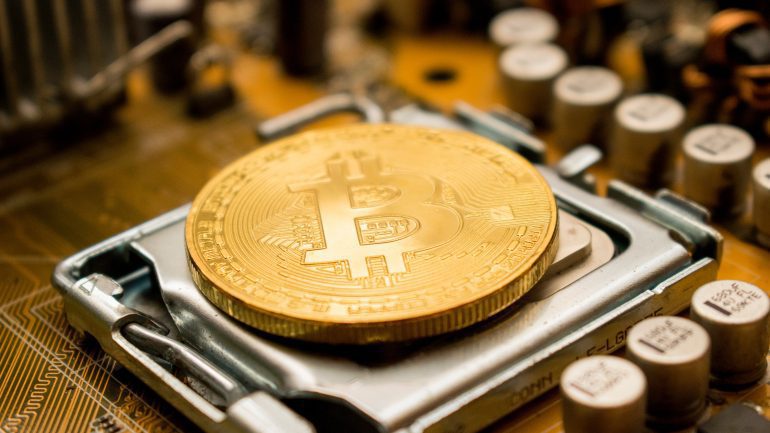 The number of whales sending Bitcoin (BTC) to exchanges continues to fall. According to data provided by CryptoQuant, Exchange Whale Ratio has hit new yearly lows. This indicator shows the flow of coins to exchanges from big holders, which can work as an indicator of selling pressure and price action.

According to Ki Young Ju, the CEO of CryptoQuant, the Exchange Whale Ratio has hit a new year low. This is very bullish for Bitcoin considering it measures the amount of BTC that are sent to exchanges. The lower the number of BTC moving to crypto trading platforms, the higher the chances are there will be no dumping on the market.

Indeed, as the Exchange Whale Ratio hits new lows, this may be a buying indicator for the analyst. As he pointed it many times in the past, when the ratio reaches low values, Bitcoin’s price could start moving higher. 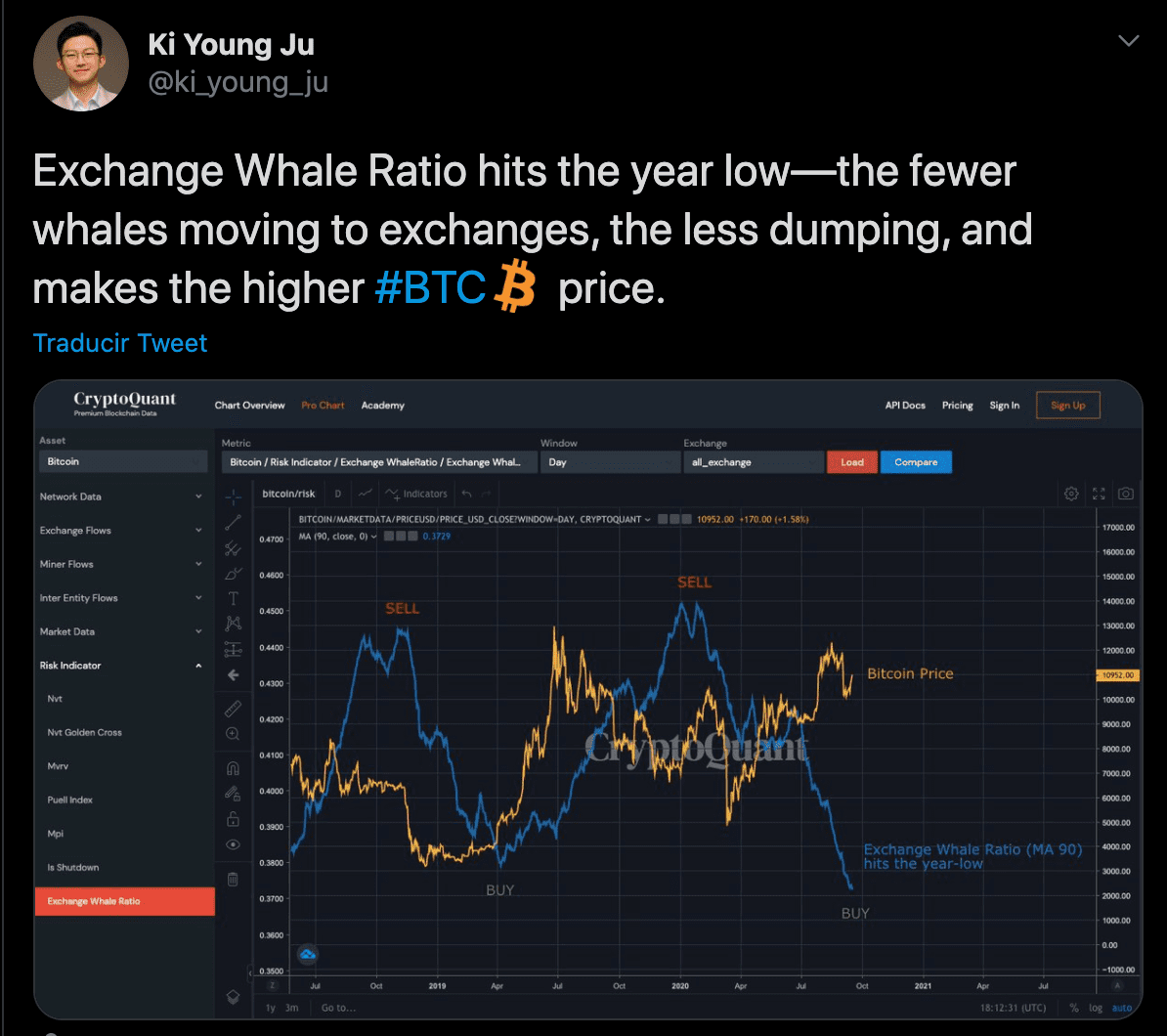 This is what happened for example after the 2018 bear market. At the beginning of 2019, the Exchange Whale Ratio was reaching new lows, which showed large Bitcoin holders were not selling their Bitcoins. In just a few months, the price of the largest cryptocurrency skyrocketed to over $13,750.

When the indicator flashed a sell signal the market feel massively twice. It happened at the end of 2018 when Bitcoin fell to $3,180 and it also happened before the Coronavirus pandemic when it hit $3,800 after being close to $10,000.

“Exchange Whale Ratio is the relative size of the top 10 inflows to total inflows by day of each exchange. I used the weighted average for all exchanges.”

The entire crypto community is excited about Bitcoin price moving higher in the coming weeks and months. The largest cryptocurrency started a new bull market after March’s financial crisis. Since that moment, Bitcoin surged to above $12,500 and it could continue moving higher.

The lower the number of Bitcoin whales moving their BTC to exchanges, the lower the risk of a massive dump that would negatively affect Bitcoin price. This is just a matter of time before the buying pressure will be larger than the selling pressure. It is also worth pointing out that large Bitcoin holders are those that dominate and control the market rather than retail investors in the crypto space.