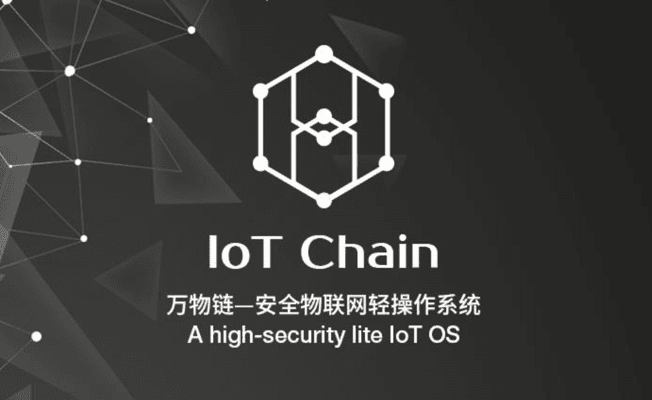 The ITC (IoT onchain Token) is an operating system based on blockchain that aims to solve the serious security problems of IoT. The IoT industry has many challenges to face in which security is one of the most important and urgent to solve. Using asymmetric encryption of cryptography and semi-homomorphic-encryption technology the intention is to protect users’ devices keeping their data safe from hackers.

According to a blog post released by IoT Chain, its test network has been officially released. The code is open source and can be find at GitHub. The test network released would allow the company to show the product that they are building and how it performs so far. Furthermore, with this release, the team behind ITC will be able to identify and resolve issues ahead of the main network release.

“The ITC test network allows us to demonstrate what we have built so far as well as identify and resolve issues and gather performance metrics ahead of the main network release. IoT Chain is not just a white paper and idea; it is a tangible product with real-world applications. We firmly believe that distributed ledger and DAG technology has some of the biggest impact in the IoT space and look forward to bringing this vision to life.”

The company has also decided to do a live broadcast celebrating the release of the DAG test network. The team members were answering some selected questions form the official IoT Chain Reddit page that users were asking.

IoT Chain team explained that they have four top priorities for the network. The first one is referred to performance.

The ITC test network supports 1,000 transactions per second. But the team is able to scale it to a magnitude of 10 million if necessary. As explained in another blog post, IoT Chain’s goal is to reach to 100,000 TPS before the main network is implemented. That is, 100X the current capacity.

The second priority is decentralization. The company believes that DAG public blockchains as IOTA or Byteball, are not decentralized enough. The intention of the team is to have a greater level of decentralization. ITC uses DPoS that allows for an increased security of the ITC’s FAG structure. That means that the ITC network will be as fast as DAG and secure as DPoS.

The third priority is consensus. The company explains that PoW was the first decentralized consensus algorithm, but lately PoS and DPoS optimized the blockchain. The company believes in a block-less structure that is based on DAG. For ITC, the high performance of DAG is what demanding industries need to use blockchain.

Finally, sovereignty is the last priority. It is clear that the data of several users is collected and sometimes traded without permission. IoT Chain proposes that data sovereignty belong to the user. That means that in the ITC ecosystem, the user data ownership remains clear.

IoT Chain is giving away 10,000 ITC in order to celebrate that IoT Chain’s DAG code is now available on Github.

The company wrote as follows:

“We are delighted to announce the release of the IoT Chain source on GitHub. We had committed to making our source code available and are please to deliver on this promise. Furthermore, we can confirm that the IoT Chain DG test network will be released soon as well! This is an important milestone in our journey to building a secure lightweight OS for the Internet of Things.”

That’s the main reason why IoT Chain is running an activity dubbed ‘Win 10,000 ITC – Follow Our Journey.’ The activity will run from February 2-9, 2018. The subscribers who follow the official Twitter account and retweet the announcement are eligible to earn ITC rewards and will be entered to win a grand prize of 500 ITC.

The first prize will be 500 ITC, the second prize 50 ITC and the third prize 5 ITC. The winners will receive the tokens in their wallets within 5 business days after the activity end date.

For more information about IoT Chain you can visit the following pages: