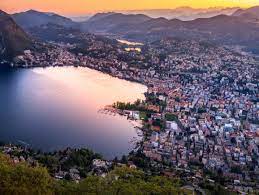 McDonald’s in Lugano is now accepting Bitcoin (BTC) and Tether (USDT) payments in Switzerland. In a recent video released by Bitcoin Magazine, they show the whole process of buying at a McDonald using the largest cryptocurrency in the world. This is part of the PlanB program that started Lugano’s city a few months ago.

Bitcoin and Tether continue to expand as payment methods around the world, especially in the Swiss city of Lugano, where the PlanB project launched a few months ago is already showing its positive effects.

In the video, the client goes to the self-serving machines and selected Bitcoin as a payment method. The city is also supporting two other coins as legal tender, USDT and LVGA, the currency created by Lugano’s city. Then, the transaction is processed at the desk in just a few seconds.

🇨🇭 Paying at McDonald's with #Bitcoin in Lugano, Switzerland. pic.twitter.com/8IdcupEEKQ

There is no information on whether McDonald’s is keeping the BTC or selling them immediately after for Swiss Francs (CHF). In addition to it, Lightning Network (LN) payments take usually a few seconds to be processed, which makes the whole payment process even faster and easier for the user and the merchant.

Lugano is one of the largest cities in Switzerland and the third financial centre in the country. The city has been focusing on Bitcoin and adopting cryptocurrencies, in a similar way as El Salvador has done over the last year.

Michele Foletti, the governor of the city, explained their goal of adopting Bitcoin and digital currencies:

“Lugano is investing in its future. In the last few years, we have already implemented solutions based on blockchain technology, among them, the application MyLugano with its token LVGA Points, the digital franc of Lugano, and the blockchain infrastructure 3Achain.”

In addition, he mentioned that the city believes in this technology and in the potential use for large-scale projects. It is also worth pointing out that Paolo Ardoino, CTO of Tether, is involved in PlanB’s project and is influencing the decisions taking part in Lugano.

“Earlier this year, Lugano and Tether signed a memorandum of understanding to launch a strategic collaboration through several initiatives, including to help local businesses integrate their existing payment services with the permitted stablecoins and Bitcoin.”

He went on to say that they have been working in order to expand these technologies and ensure that the technological infrastructure is in place to support the most recent projects. The payments processed by Mcdonald’s are also linked to the collaboration that they established with GoCrypto, a platform that will also support payments in other digital currencies.

The goal is to support over 2,000 customers with the PlanB project. At the same time, by the end of the next year, the PlanB Foundation aims to enable more than 2,500 merchants to start accepting Bitcoin, Tether and LVGA. In this way, Lugano will become one of the cities in the world with the largest number of shops accepting Bitcoin and other digital currencies.