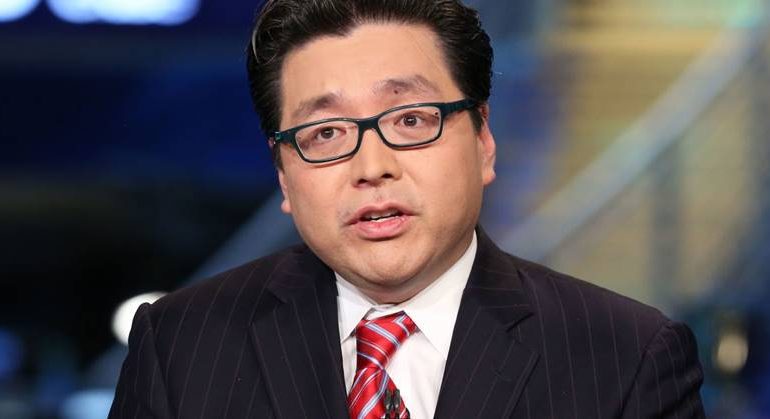 Tom Lee, head of research, Fundstrat Global Advisors and a renowned Bitcoin bull, has projected a massive cryptocurrency bull run within the next 20 months.

Tom Lee As Bullish On Bitcoin As Ever

While speaking to CNBC, Lee said:

“Last year was a terrible year for crypto, a massive bear market, and we published a piece this week just highlighting… 11 signs that historically only take place in a bull market. So I think the evidence is mounting that there’s a bull market.”

Among Lee’s primary focus is Bitcoin which he said has yet to reach its high which is due by the end of 2020. The signs used by the Fundstrat to predict a brewing massive bull run include trading volumes, blockchain, and technical indicators. For Lee and his team, trading volumes have been recording a positive annual turnover. Additionally, Lee observed that over-the-counter trades are a crucial element in gauging the level of involvement by institutional cryptocurrency traders.

Institutional virtual currency investors’ involvement in digital currencies has surged by roughly 60 to 70 percent with individual institutions increasing their trading amount. Lee added that all pointers indicated an improvement in fundamentals, technical, “and there’s real activity by, essentially, crypto holders.”

“One thing to keep in mind is whenever the S&P has made a big move… it’s almost always led to a big move in crypto later in the year…. So, I think…a 2.5 standard deviation move for Bitcoin would take it to $14,000.”

Although Lee noted that he does not have absolute certainty as to whether BTC will attain this price, he indicated that that’s the “magnitude of move that would be a catch-up.”

Fundstrat uses the Bitcoin Misery Index (BMI), an in-house developed index that tracks the misery of Bitcoin traders in reference to the crypto’s volatility and price levels. A recent analysis of the BMI index noted that the Bitcoin hit its lowest at 3,000 U.S dollars. Fundstrat’s latest market analysis revealed improvements that are likely to anchor cryptocurrency prices for higher gains. IPOs by crypto firms such as Bitmain were seen to contribute to the increased interest in cryptocurrencies.

Why Binance Is The Best