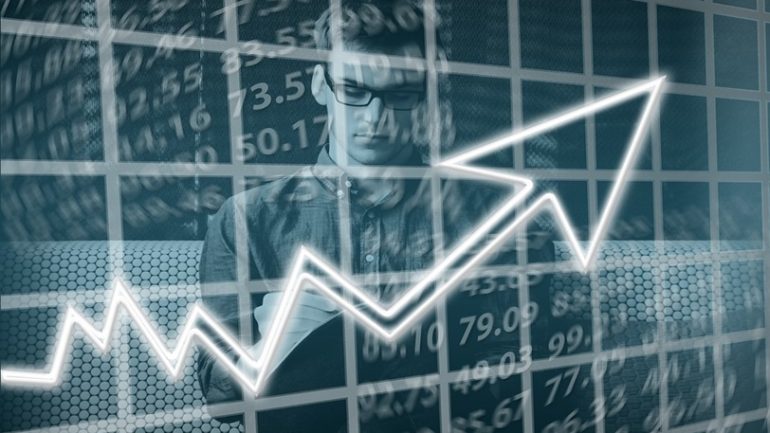 Seeing as new coins and tokens are being issued by the day, it can be a tedious task to keep track and evaluate who will have the best chance to make it on the crypto market. To make things easier for you, check out the following three cryptocurrencies that have a growth potential this year.

High Performance Blockchain (HPB) is ranked 127th on Coinmarketcap, having a price of $1.91 US.

Touted as the Chinese EOS, High Performance Blockchain (HPB) is an innovative project that  combines software and dedicated hardware to speed up transaction processing times, which could lead to a capacity scaling of a million transactions per second.

Scaling is the main issue that the project dedicated itself to. The Mainnet is scheduled to be launched in Q2 2018, so the HPB tokens are currently being issued on the Ethereum blockchain with the ERC20 token standard.

HPB is an open source development which has various applications for different industries including IOT, financial industry, medical industry, governments and supply chains. This type of versatility will make HPB a very useful and desirable coin.

The success of a project also depends on who is backing it up. The founder of HPB is Wang Xiao Ming, who has been a relevant figure in China’s blockchain industry for years. He’s also been connected with NEO since its establishment. The project is also backed up by NEO, who is an angel investor.

Another person involved in HPB’s creation is Wan Zongru, a Nobel Prize winner in physics. The coin’s total supply is approximately 1 billion (circulating supply is 29M) which is nine times less than its South Korean competitor, EOS, which has $9B. Its scarcity put in a long-term perspective makes it a very viable investment option.

FUSION is a project that was created by the CEO of BitSE. BitSE is also the company that was responsible for the creation of the QTUM Blockchain and VeChain blockchain, which are both known to be very successful crypto projects.

The Fusion investment platform was developed to enable the digitalization of traditional financial
assets. The platform caters to all token holders from different blockchains, and it is not under the control of a single organization or individual.

The FSN token is used in a similar manner to Ethereum’s ETH, for paying fees on the network and to fuel smart contracts for their execution.

Although there are other projects that are focused on this market segment, such as Polymath, FSN has one feature that their competitor does not. They allow their token holders to have access to cross-chain cryptocurrency trading.

Fusion (FSN) works on the Fusion protocol which is brought by cross-chain, cross-organization and cross data source public chain which takes blockchain technology to an entirely new level in financing with blockchain.

Fusion is backed up by an experienced team that has all the right tools and knowledge to make this project have a successful launch. For the time being, the FUSION project has an extensive list of selected supporters and advisors with vast expertize belonging to different areas and industries, particularly the financial sector.

With these in mind, it is safe to say that FSN will be a worthy competitor in this market segment.

Aion is a blockchain system which was designed on multiple levels to enhance the privacy, interoperability, and scalability of blockchain networks. Aion aims to enable different blockchains to interact with each other and allows for a future where many blockchains can coexist and create solutions together.

The venture is led by Matthew Spoke, an active contributor in the blockchain space for over 4 years. He is also the founder and CEO of Nuco, a Canadian company which also operates within the crypto sector and has been the developer of various modular, secure, and scalable blockchain networks.

Aion uses on its network the AION token, which is an ERC20 based token. The AION initially offered its token on the Ethereum blockchain, but they recently launched their mainnet and their tokens will be soon easily swapped to AION network tokens.

The ability to connect networks, institutions, businesses, and organizations is only going to grow in importance and Aion is already at the forefront of the interoperability movement.

The coin was released in October 2017, the price of one Aion token saw a sharp increase from the modest US $0.50 to the notable US $3.11 by February 2, 2018. The currency saw its all-time high value in December last year when the coin’s price hit the ten dollar mark. But even though the market drops reduced its value, it proved in the past that it has what it takes to bounce back up.

While previous performances should not constitute as the sole motivating factor for future investments, Aion has tremendous potential since it is providing its users a blockchain technology which features advanced privacy and transaction capabilities.

If the blockchain use will keep on growing at this year’s rate, it is not unreasonable to imagine that Aion will grow and reach new highs in 2018. Also, if Aion will stick to what it presented in its whitepaper, it will deliver many solutions to the existing issues in today’s blockchain sector.

We hope our detailed analyses of today’s cryptocurrencies and the projects behind them has been of interest to you and will help you in future investment decisions.