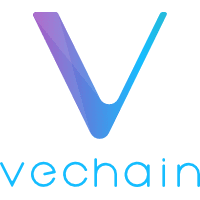 The VeChain Foundation has been working in the last months in order to improve the VeChainThor blockchain based on feedback from developers, the community and enterprise partners. This time, the Foundation decided to create a decentralized voting platform for the VeChain ecosystem that is called VeVote.

In a recent blog post, the VeChain Foundation announced that they are launching VeVote, a decentralized voting platform created for the VeChain ecosystem. The new platform will support two main types of voting events: Steering Committee Voting and All Stakeholders Voting.

According to the post, the All Stakeholders Voting function of the platform will be available after the updated voting model is approved and incorporated in the Governance Charter. It is worth mentioning that the VeVote platform will provide votes that are immutable, transparent and decentralized for stakeholders. Every single result will be recorded in the VeChainThor blockchain.

At the moment, the proposal for the VeChain Governance Model update has been published on the VeVote platform in which Steering Committee members will be able to cast their votes. Just five affirmative votes are needed for the proposal to pass.

Users can have easy access to the VeVote platform by using Sync or the discover tab of the VeChainThor mobile wallet.

This is a very important milestone for the VeChain blockchain platform that continues growing and becoming more decentralized in a highly competitive cryptocurrency market.

The official press release reads as follows about the VeVote platform:

“The release of VeVote signifies a milestone step towards greater decentralization of the VeChain blockchain platform. With VeVote, all stakeholders are now empowered to determine the future of the VeChainThor blockchain. Remember, the future is in your hands.”

VeChain Expands In the Market

The VeChain Foundation is one of the most respected entities in the cryptocurrency market considering it is working in order to offer solutions to companies from all over the world.

UseTheBitcoin reported a few months ago that VeChain started collaborating with Walmart in China after a $25 million buyback plan the company decided to follow.

With the agreement with Walmart China, it will be possible for VeChain to use its VeChainThor blockchain network to power the Walmart China Blockchain Traceability Platform dubbed WCBTP. Some of the organizations involved in this agreement include Inner Mongolia Kerchin and the China Chain-Store & Franchise Association.

Currently, VET is being traded as the 26th largest cryptocurrency in the market with a valuation of $369 million. Each VET can be purchased for $0.006657.