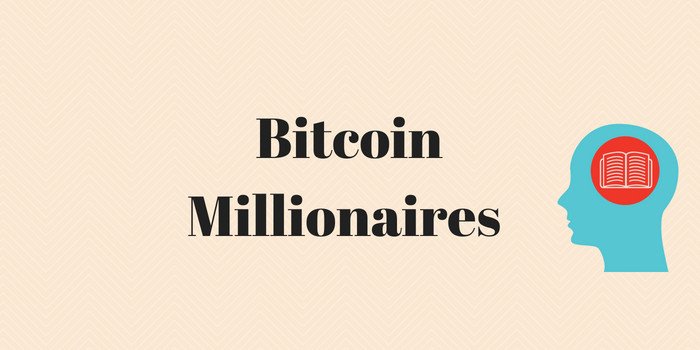 Bitcoin recently hit a price of $7k, continued bullish return after the steady price hikes that punctuated what has been called “The Summer of Bitcoin”. There have been many stories about Bitcoin millionaires, fortunes won, lost, and missed, for example the guy who took a massive loan out to invest and trebled his investment quickly, the guy who lost a hard-drive worth a lot of money in a rubbish heap, or the short-sighted singer who potentially missed out on being a billionaire.

These stories Bitcoin facts are plenty in the crypto world, but there are still more interesting stories of crypto fortunes. Here are 5 of the best stories about people hitting it big from their investments.

Vitalik Buterin is a noted talent and thinker.

This is not the ordinary rags-to-riches story for a number of reasons. First, Buterin is not your average investor by a long shot. Mainly because he actually designed the platform that he made most his money off (Ethereum). He is a noted talent and thinker, and has contributed to other major projects including Bitcoin.

He was since an early age very capable and promising, having dropped out of university to take the Thiel Fellowship scholarship fund of $100,000 to further his research. Before this he had written extensively on Bitcoin, contributing heavily to a Bitcoin magazine. He also has a scientific family background, his father being a computer scientist.

He comments extensively on issues in the cryptosphere, and his views and contribution are so promising that earlier this year a hoax rumour suggesting he had died caused the price of Ethereum to crash.

Like Buterin, Erik Finman has an interesting story that shows his fortunes were not the result of mere luck. He took an early interest in the technology aged just 12, when his grandmother gifted him 1,000 dollars which he invested in Bitcoin. After a big price increase he multiplied the value over 2 years to 100k. Parallel to this Finman had created a peer to peer tutoring service called Botangle, which he sold to an investor.

As payment, he was given the choice between $100,000 or 300 Bitcoins. He felt that Bitcoin was surely going to increase in value so he chose the Bitcoin, and these investments meant that he had savings that were so high that his parents allowed him to drop out of highschool.

His parents also made a deal with him that if he increased his worth to $1,000,000 by age 18 he would not have to go to college. Erik had continued trading Bitcoin and made the money.

Now he still invest and has a number of other crypto projects under his belt. His net worth has increased far beyond that $1million!

Jeremy Gardner made a huge contribution to the industry in 2013 by creating Augur. *pic from: Twitter

Gardner (25) is closer to the more conventional concept of a Bitcoin millionaire since he came across his fortunate more by chance. In the early years of Bitcoin, he spent a few hundred dollars on Bitcoin which was bought for him by a friend. He left his investment and soon saw it grow in price exponentially. He proceeded to trade and invest further, which left him with a small fortune.

After dropping out of college, he proceeded to devote himself to Bitcoin and blockchain technology full-time. He made a huge contribution to the industry in 2013 by creating Augur, a blockchain-based market for futures and predictions. He now works most of the time with Blockchain Ventures in an entrepreneur-in-residence and advisory role. He has also said that he is working on another stealth-mode startup and also founded the Blockchain Education Network (which is a consortium of university societies to increase the adoption of cryptocurrencies).

His lifestyle is more in line with what you would expect from someone who is a multimillionaire at age 25: he lives in a San Francisco house inhabited by other blockchain entrepreneurs, spends liberally on parties for people he meets at conferences, and travels almost every weekend to different parts of the world.

The good news is that he is very confident that Bitcoin and other cryptocurrencies will increase dramatically in value over the next 10 years.

While this is not the person’s real name (obviously), Forbes did an interesting piece on an anonymous Bitcoin millionaire. “Mr. Smith” as he was known as had earned over $25 million in investment profits, and had the lifestyle to match. He spent all his time in 5 star hotels and jetting across the world, eating at restaurants for all his meals.

He also has an interesting backstory. He formerly worked at a Silicon Valley tech company, and in the beginnings of Bitcoin he found it strange that there was so much fear and controversy about the currency. This prompted him to buy $3,000 worth of the currency, and after a couple of years this made him very wealthy. When the Bitcoin price hit $350 he sold around 4,000 Bitcoin and made $2.3 million from the transaction.

Even though J. Kenna had his Bitcoin on a separate harddrive they were still hacked. *pic from: Twitter

Kenna’s tale serves as a cautionary lesson for all those involved in cryptocurrencies. First of all, Kenna was one of the wave of early investors in Bitcoin, for about 2c each he bought many Bitcoins and held them until they sold for $258 each. This is an astronomical rise, which netted him millions. Unfortunately, his Bitcoins were hacked and he lost many of those millions.

This is a teachable story since it highlights both the immense gains to be made with Bitcoin but also the risks of theft – even though Kenna had his Bitcoin on a separate harddrive they were still hacked. But it also shows that some resilience can stand to you in such a situation; Kenna is an ex-Marine and he continued to work in Bitcoin (founding another exchange after his previous one folded) and is still reaping the benefits of his expertise. And don’t forget that he still has a million or two to console him for his loss!

It is clear that the overall trend of upward growth is making a lot of people rich in Bitcoin. We’ll be discussing the techniques and practices for investing in future articles, so check back soon for more content.