Honeyminer —The New Mining App to Earn BTC with a Laptop 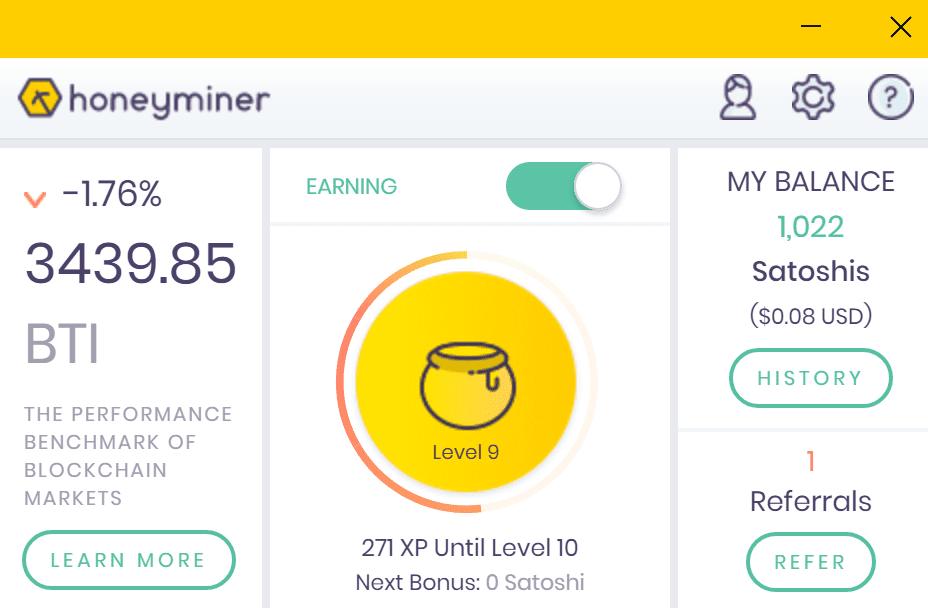 In the past, it was possible to mine virtual currencies and Bitcoin using just a normal CPU, but mining difficulty changed and now it is necessary to have a very powerful and expensive mining machine.

Now, a new mining software would allow almost anyone to earn small amounts of Bitcoin (BTC) using a Windows laptop. If you are missing the old days, then this could be a good opportunity to remember them. This new solution is called Honeyminer.

Honeyminer is a cryptocurrency mining start-up that has decided to launch its free beta in June. Since that moment, the company was able to garner over 10,000 downloads around the globe. Users can now participate in the mining pool every time they run the app or when the GPU is not being used to process images or videos.

It is possible to mine cryptocurrencies such as Ethereum (ETH), Ethereum Classic (ETC), ZCash (ZEC), Monero (XMR) and other GPU-friendly cryptocurrencies. The company explains that the funds are immediately converted into Bitcoin and sent to the user’s wallet.

“We make it so that any surplus compute, so any laptop you aren’t using all the way up to a rig that you run is automatically doing the most profitable computation.”

Additionally, the miner does not have to do the math or manage all the configurations and settings, explains Mr. Jessop.

With this service it is possible to offer new opportunities for individuals that want to acquire Bitcoin and have no means to do that. Just by using a computer it will be possible to enter the cryptocurrency market and earn some small parts of Bitcoin.

Honeyminer has a special algorithm that will be automatically switching between cryptocurrencies every 10 minutes or so. If they find that there is a sudden change in the currency’s mining profitability.

The company explains that they have an important number of users that allow the pool to find block rewards faster. By combining the power of all the miners it is possible to gather an important hash rate.

In the future, the company will be launching additional features according to the needs of the users using the platform. For example, newbie retail investors will be able to send BTC to wallets on third-party platforms.

Another specialized version, dubbed Honeyminer Pro, is also being developed for professional miners that need help with power consumption management.