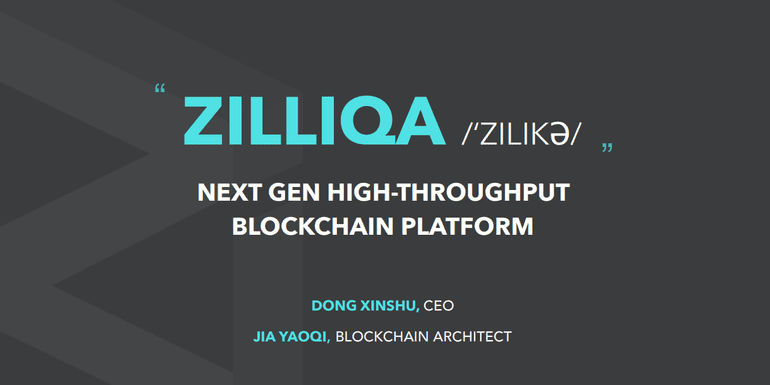 Scalability has been and will continue to be one of the biggest problems for most existing blockchain technologies. There are various projects that are currently having a crack at solving the whole scalability issue through various innovative methods like moving information off-chain, Aeternity being a prime example in this case.

Zilliqa is another, very relevant project that aims to tackle the problem of scalability by revolutionizing the technology behind sharding. It does so by implementing a sharding solution that scales with the network’s size via a method called linear scaling.

This means that, at least in theory, there’s no limit to the number of transactions that the platform could process per second. Also worth knowing is the fact that Zilliqa aims to support smart contracts, even though this mission is very challenging on a sharded network.

As mentioned before, moving data off-chain is one way to partially fix the whole scalability problem. Another technique involves increasing the block size. However, one of Zilliqa’s inventive tactics involves using a state-of-the-art consensus protocol that grows the network’s output with every 600 new nodes that join. The goal is ensuring that consensus speed and network size are confidently interrelated in a beneficial way.

Every new 600 nodes, the platform’s throughput threshold is increased. This method does not come without certain drawbacks; as various broadcast-related problems might occur if the network grows to over 1 million nodes. However, there’s still a long way to go until Zilliqa will reach that level since other, more popular blockchain platforms like Bitcoin and Ethereum only have around 36.000 nodes combined.

At the time of writing, Zilliqa was still actively testing on Testnet, showing promising results. The network displayed a throughput of 1218 tx/s when 1800 nodes were in function. Increasing the number of nodes to 3600 results in a network scale of 2488 tx/s. When operating with 1800 nodes, the Testnet divides itself into 3 shards. Similarly, at 3600 active nodes, the Testnet network is divided into 6 shards.

These shards are each accountable for processing a fractional portion of the network’s transactions. The mining nodes are divided into groups of 600. The more shards there are, the more the consensus load is divided between them.

Each shard has a transaction assigned into a micro block, alongside other shards. “DS epoch” is the end of the aforementioned parallel processing period. DS epoch is when these micro blocks are combined into a full block and subsequently added to the blockchain. 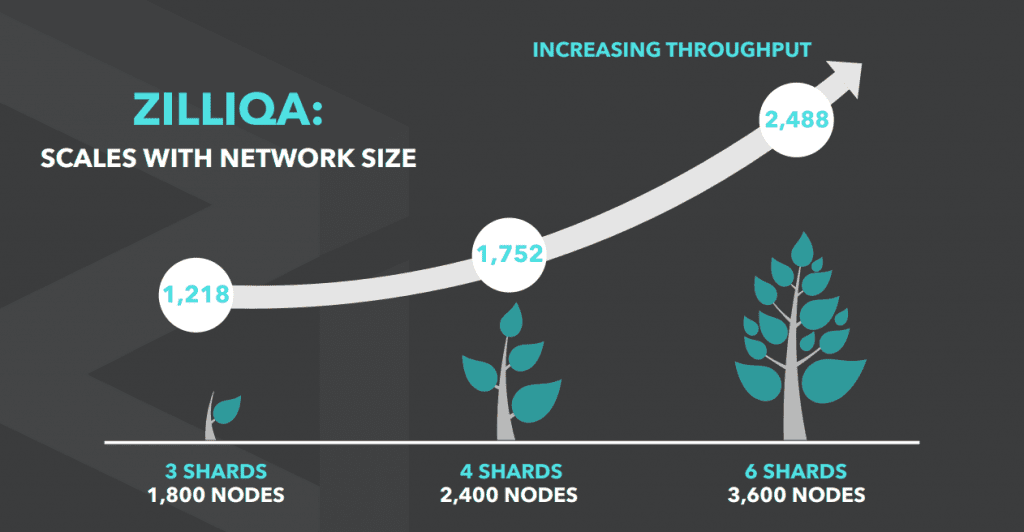 The network is managed by the “DS committee.” In short, this committee decides which specific nodes are assigned to which shard. Each time new requests for transactions arrive, the committee assigns them to a shard for handling. The DS committee creates a full block out of multiple micro blocks. This is done at the end of each DS epoch. 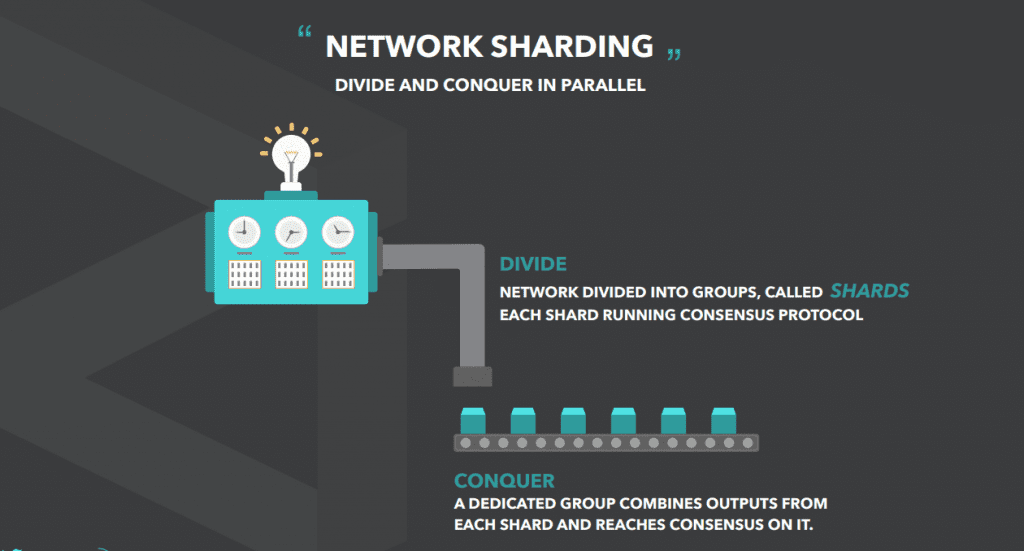 As such, PoW allows the platform to establish identity and to ensure that the network is not overwhelmed by multiple identities. Once a node is identified, it is immediately assigned to a shard. Here is where the PBFT method comes into play. Once a block gets confirmed by the shards and the DS committee, it becomes the only block that can reference the block preceding it. 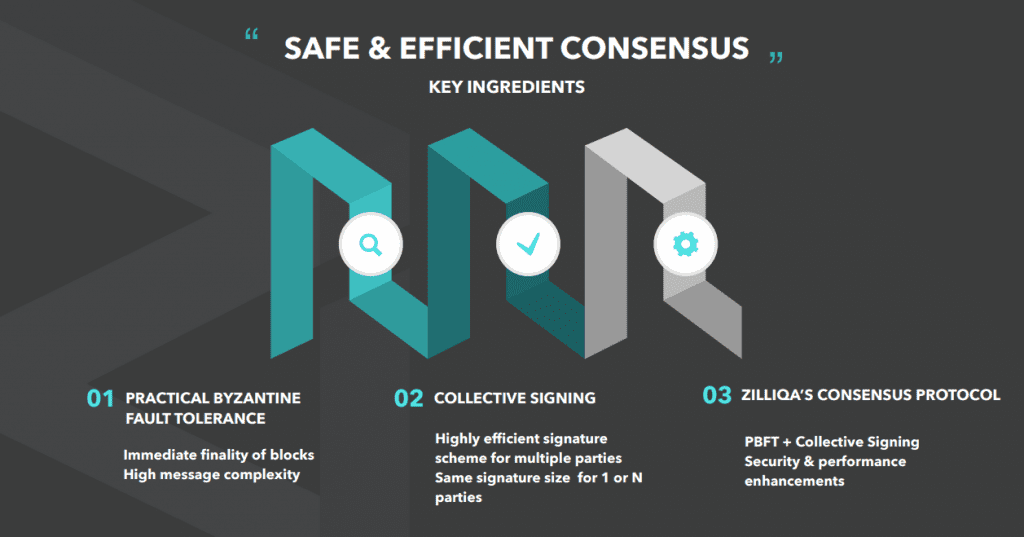 This makes Zilliqa a very suitable platform for any dApp that may require transaction rates and a higher throughput over what other blockchains can offer. Even though other blockchain projects are working on implementing state sharding solutions, there’s still work to be done in this area.

Unfortunately, the new language does not support apps that require special types of conditional statements or loops. One of the language’s main goals is to ensure that the programming becomes more secure. It does so by allowing users to prove contracts, meaning that they are provided with accessible verification options before using them.

The CEO, Xinshu Dong is well-versed in cybersecurity with numerous appearances at respectable conferences. He also has various Singapore national security projects under his belt.

The chief scientific advisor, Prateek Saxena, is a computer science professor at the National University of Singapore, while Amrit Kumar, the project’s lead, is also a researcher of the same institution. 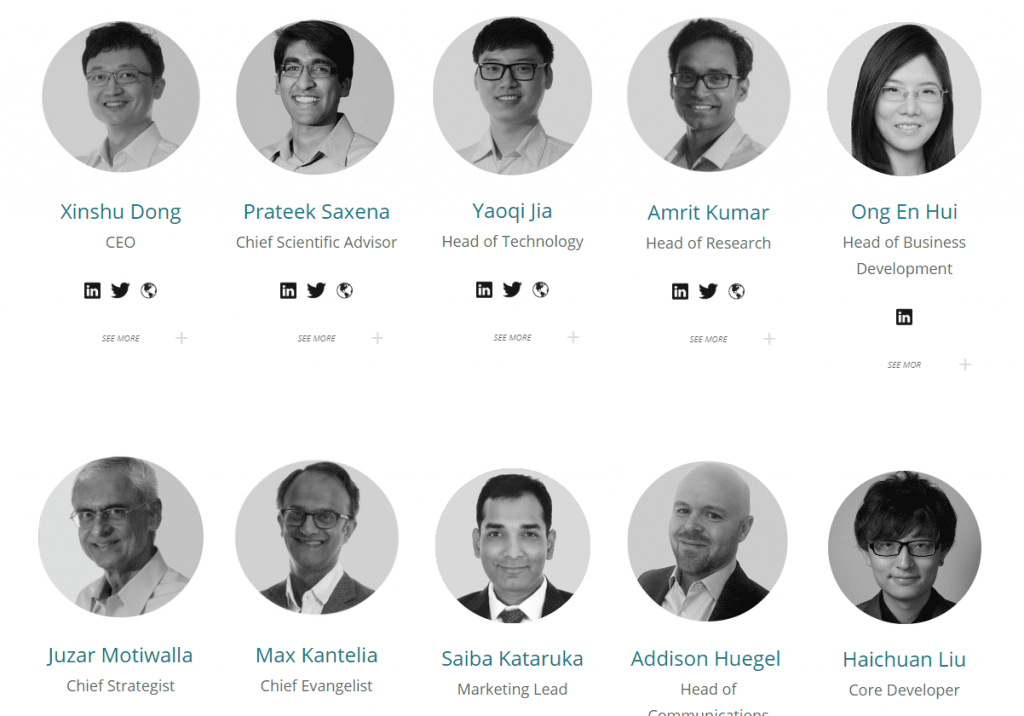 Just like most other dApp platforms, Zilliqa has its own unique token called ZIL. Since Zilliqa is not yet launched on the Mainnet, the token is an ERC-20 token based on the Ethereum blockchain. As expected, when Zilliqa will be officially launched, the tokens will be exchanged for other native tokens.

Up to now, the project has raised the equivalent of $12 million in ETH which was soon valued at the hard cap of $20 million. ZIL tokens can be exchanged using services such as Binance, Huobi, Upbit, Bithumb, Gate.io and many more that can be found here. Our recommended exchange is Binance because of the stability and the low trading fees. 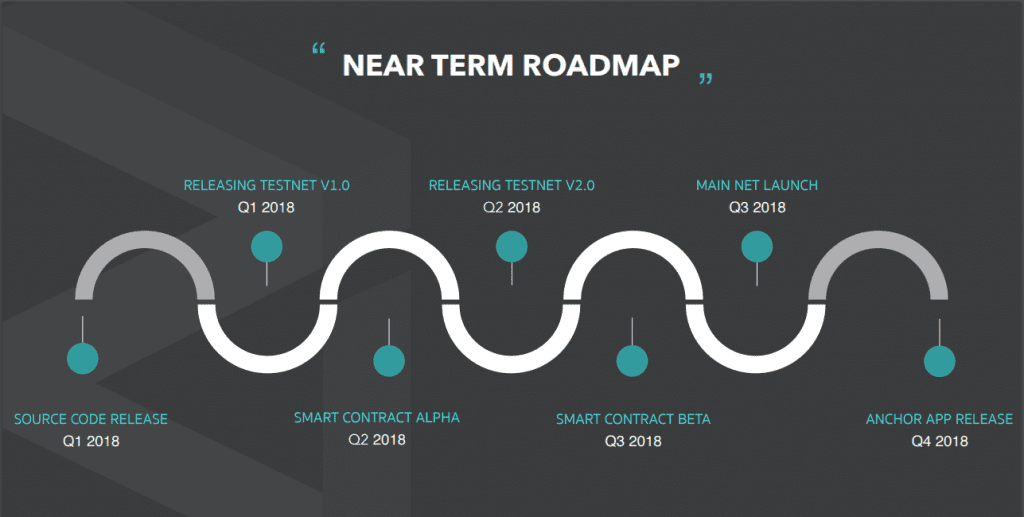 Zilliqa had a very promising start and it’s definitely a project that’s well worth keeping an eye out for in the future. By tackling the whole blockchain scalability project with a very direct approach, Zilliqa has the potential to revolutionize the concept of blockchain. Better yet, we might even see the breakthroughs in sharding technology trickle down into other future projects.