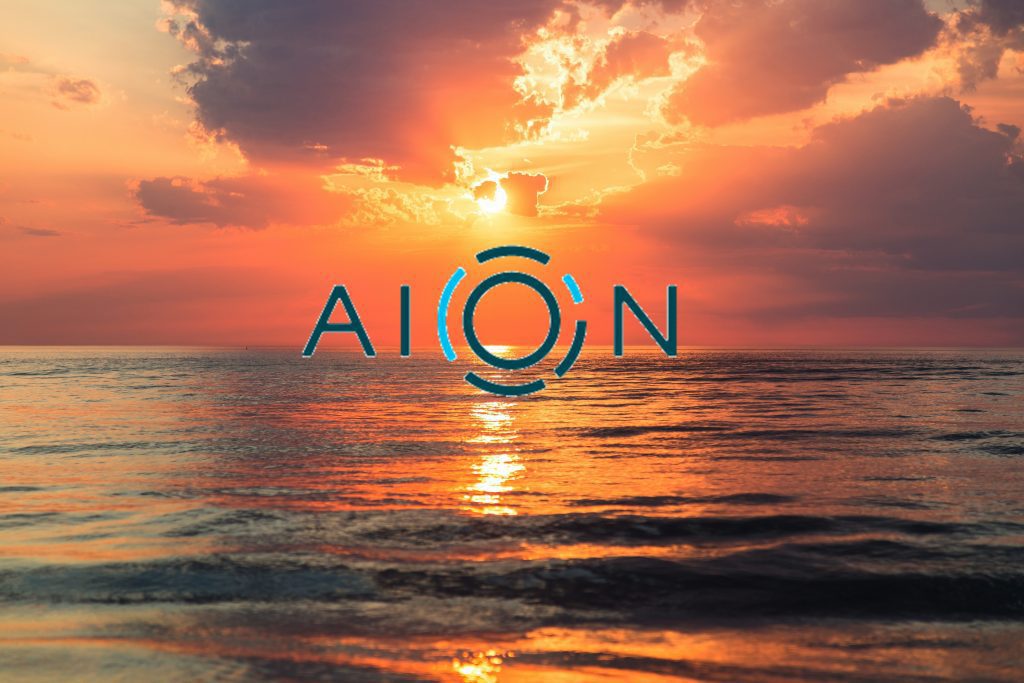 Aion is a revolutionary multi-tier blockchain platform that has been created to solve the pressing issue of limited operability between existing blockchains while still remaining capable of handling its own applications. It supports custom blockchain architectures, and it provides cross-chain interoperability.

The Aion project comes at a very appropriate period, in a time where there’s an ever-growing number of blockchains. Thus, interoperability is more important now that it ever has been. Interoperability will expand the horizons of multiple other blockchain platforms, not to mention those of enterprise-oriented companies.

Aion markets itself as a third-generation open blockchain. If this concept sounds a bit alien, let’s have a look at past generations of blockchain. As we’re sure most of you know, Bitcoin is still the king of all cryptocurrencies, and it’s considered to be a first generation blockchain. Ethereum is the best example of a second generation blockchain. While Bitcoin introduced the whole concept of crypto to the world, Ethereum took things a step further with the creation of smart contracts and its versatile ecosystem. The project is led by Matthew Spoke, the CEO of Nuco and board member on the EEA. Other big names include Jin Tu, Nuco’s CTO, who has more than 15 years of experience in enterprise engineering and more than four years in the blockchain industry, and Peter Vessenes who has co-founded the Bitcoin Foundation. With Aion, users or almost any type of blockchain can federate, spoke, and scale. The first term refers to Aion’s capability of making the communication between blockchains easier thanks to a performance-oriented bridging system. Data is transferred via multiple brides that connect various chain pairs.

In order to tackle the mainstream problem of scalability, Aion boasts a high-performance virtual machine that handles execution and adaptability. Aion also allows users to design blockchains, with consensus algorithms and virtual machines included. The main advantage is that the interoperability figures with other blockchains are not affected.

At the heart of the Aion project is Aion-1, the third-generation blockchain that manages robust applications and connects other blockchains.

To put it as simple as possible, Aion-1 is the blockchain behind the Aion network that allows any sort of blockchain to transfer digital information in an uninterrupted manner to entities outside the central chain and to an external network. The Aion-1 component provides the required infrastructure for developing cross-chain applications. With the help of the component, users can deploy their custom networks.

The token is the blockchain’s power-source. It’s used for securing the network, for creating new blockchains, as well as for monetizing inter-chain bridges. AION token is actually an ERC-20 token. In fact, the token is first offered as an ERC-20 token on the Ethereum blockchain, and only then it can be changed to the official AION network token. When that happens, the token can freely stream between two blockchains.

The best thing about this is that investors are not required to change their Aion Ethereum token (ERC-20) for the Aion-1 token, as they will always be interchangeable. As mentioned before, AION token is actually an Ethereum token. That means that it can be stored in any Ethereum address. Some of the best wallets for storing Aion tokens are Ledger Nano S, Trezor, Mist Wallet, Jaxx, MyEtherWallet, MetaMask, and imToken.

In order to buy AION, you will need to first purchase another cryptocurrency, preferably Bitcoin or Ethereum. Fortunately, AION is supported by some very popular crypto exchanges out there such as BitForex, Binance, Ethfinex, Liqui, and Bancor Network. More information is available on the Markets section on CoinMarketCap.

Roadmap and the future

According to the project’s roadmap, 2018 marked the beginning of Phase 1 which included the modified proof-of-work consensus algorithm, a functioning token bridge, interchain communication, and the Virtual Machine with its EVM source compatibility. Between Phase 1 and Phase two, the team hopes to release the Aion Virtual Machine Technical Paper, the Aion Proof-of-Intelligence Paper, and Aion Bridging Paper. Phase 2 is mostly about the migration towards the modified EVM architecture. The Aion Participating Network Paper is supposed to wrap up 2018 for the team. 2019 is expected to be a big year for the Aion platform. The year will start with the Aion Network Economics Paper, followed by the launch of Phase 3 that is expected to mark the finalization of the network infrastructure. Other future developments include the creation of the AVM version 2, of a complete validator consensus system, and participating network bridging. Considering the constantly growing number of blockchains, there’s a good chance that Aion, with its unique approach of solving interoperability issues, will become somewhat of a necessity for the cryptosphere in the following period. This is exactly why this coin could very well show one of the biggest price increases the cryptosphere has ever seen.

For more information about the project, users are welcome to check out the official website and the whitepaper. Other useful references include the official blog section, the GitHub repository, as well as the Twitter, Facebook, Telegram, Discord, and YouTube channels.

Aion is without a doubt a very interesting cryptocurrency project, as it aims to solve one of the biggest problems usually associated with blockchain – interoperability. Of course, a lot more work will be needed until the Aion project will be finished. However, one thing is for sure, it will be interesting to see how Aion tries, and hopefully succeeds, to make interoperability between blockchains a reality.