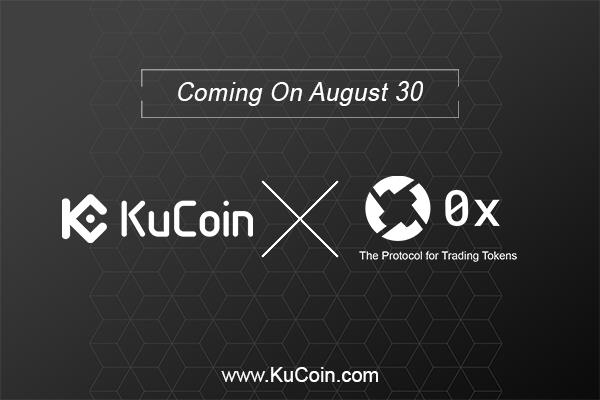 KuCoin Listed 0x Protocol (ZRX) As One Of Their Tradable Tokens

KuCoin is proudly announcing that they have listed 0x Protocol (ZRX), an open protocol for decentralized exchange. Today, deposits are available with supported trading pairs are ZRX/ETH and ZRX/BTC. Buying transactions will commence at 21:30 (UTC+8) and any Selling/Withdrawal processes can be initiated at 22:00 (UTC+8).

Trading can be executed by using KuCoin’s app in both iOS and Android, or to their official website, www.kucoin.com.

0x is an open protocol developed to offer a decentralized exchange on top of the Ethereum blockchain. By creating a protocol using Ethereum smart contracts, 0x enables anyone to operate a decentralized exchange. The development team believes that there will be thousands of Ethereum-based tokens in the future and that a framework for trustless, efficient exchange will be essential.

1) to determine the coordination problem and drive network effects around liquidity, generating a feedback circuit where early adopters of the protocol benefit from broader adoption

2) to be applied for decentralized governance over 0x protocol’s update mechanism.

– ZRX tokens are employed by Makers and Takers (market participants that produce and utilize orders, respectively) to pay transaction charges to Relayers (entities that host and maintain public order books).