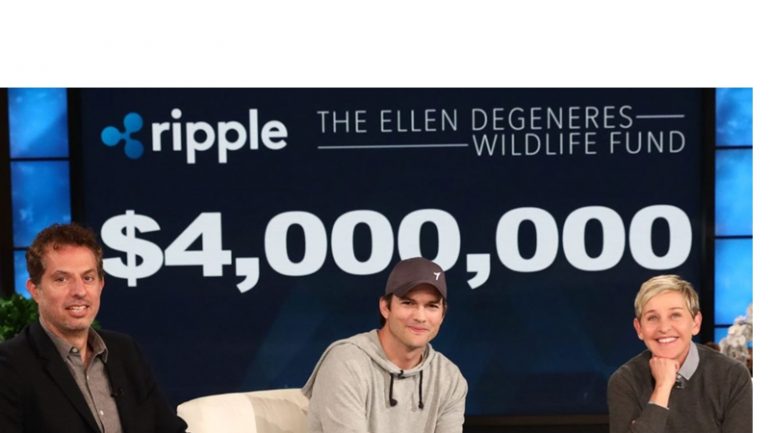 Ripple is the name shared by a blockchain platform and a currency which were first launched in 2012 as a succeeding iteration of Ripplepay.

The Ripple platform has many functions, being a real-time gross settlement system (RTGS), currency exchange and remittance network. This multi-functionality is made possible through the use of a common ledger which is overseen and controlled by a network comprising of independently validating servers that continuously compare transaction records. It also has an open-source protocol that was created to enable fast and cheap monetary transactions.

Ripple uses a shared public database that implements a consensus process between the validating servers to ensure that they proceed within the network’s best interest. The validating servers can be owned by anyone, regardless if they are an individual or an institution.

The XRP coin and Bitcoin do not share the same design, as the former was never intended to serve as just a form of electronic currency. As Ripple isn’t mined, it doesn’t require any energy and computing intensive actions as in Bitcoin’s case.

When the entire crypto market was booming in late 2017-early 2018, Ripple had its all-time high of $3.83 price tag, but when the crypto market plunged this summer, Ripple also followed, which led it to its current price of $0.297389.

According to data from Coinmarketcap, Ripple’s XRP token is now the largest altcoin, reaching a market cap of $15 billion, surpassing Ethereum’s $13 billion. As a result, ETH has been dethroned from its position, becoming the third-largest cryptocurrency, which places XRP in the lead as the second largest currency in the world.

The newly acquired status of XRP may be due to the constant publicity Ripple has seen in recent months. 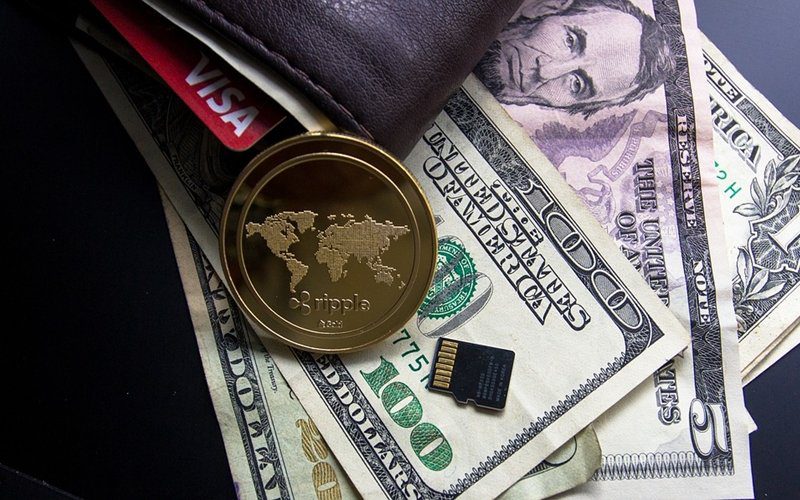 The service has made headlines for its developments and uses, and it has also become apparent that many famous names support the platform and its native coin. Below is a list of some of the most famous people which are Ripple supporters:

Snoop Dogg, Snoop Doggy Dogg, or Snoop Lion – as he liked to be called in 2013 – one of the most famed rappers from the music, was invited by Ripple to perform at their community meet up during the 2018 Consensus Conference.

Although he has not stated anything about investing or holding any XRP, we shall assume that he supports the project since he made an appearance at the event. The audience was able to enjoy an intimate show performed by Snoop, which was then followed by the XRP rebrand launch.

Although this is just speculation, many believe that Ripple paid the artist not only in cash, but also in XRP tokens.

You might know Ashton Kutcher from his roles in Two and a Half Men, That 70s Show, Dude Where’s My Car and Punk’d, but Kutcher is also a savvy venture capitalist, and one of XRP’s most vocal supporters.

Considering Kutcher’s penchant for tech investments, it was only a matter of time before he showed interest in Ripple and its XRP coin. In May 2018, he revealed that, together with his business partner   Guy Oseary, they donated $4 million worth of XRP to Ellen DeGeneres for her wildlife charity fund.

“Ripple is basically a platform to allow people to transfer money from bank account to bank account, person to person, really securely, really simply, really quickly,” was Kutcher’s brief explanation of the platform to the audience of the DeGeneres Show.

His support is of major importance, as he also co-founded the venture capital firm A-Grade Investments and has invested in over 60 companies and startups from the tech industry, the most prominent of them being Skype, Foursquare, Airbnb, Path and Fab.com. 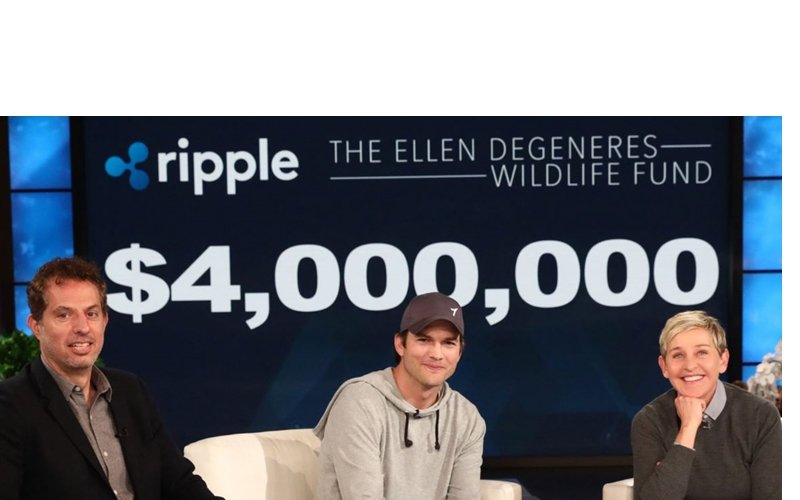 Ripple’s list of celebrity supporters includes even the pop queen herself. This year, Madonna posted on her Twitter account that for her 60th birthday her goal was to send a substantial donation to orphans in Malawi via the use of Ripple coins. After the partnership was publicly announced, Ripple (XRP) posted on its website that they would be matching all donations made through the singer’s Facebook page.

The initial target was set at $60,000 by both Ripple and Madonna, but the Malawi charity succeeded in raising much more, the sum totaling up to $200,000 (donated later by 800 individuals).

The Senior Vice President of Operations, Eric van Miltenburg, said the following regarding the partnership:

“We’re honored to be a part of Raising Malawi’s amazing work with some of the world’s most underserved children and are grateful to our investors at Sound Ventures for making the introduction to us and this important cause.”

The former 42nd president of the U.S., Bill Clinton, was invited to be the keynote speaker at Ripple’s Swell conference in San Francisco that took place this October.

Ripple stated that they chose Clinton because he had “helped usher in a period of extreme growth and adoption of the Internet, shaping what it is today.”

Clinton expressed his support for crypto and blockchain, stating that the distributed ledger technology (DLT) has “staggering” possibilities and it has no reliance on national borders.

“This whole blockchain deal has the potential it does only because it is applicable across national borders [and] income groups. The permutations and possibilities are staggeringly great,” said the former president. “We could ruin it all by negative identity politics and economic and social policy. You think about that.” 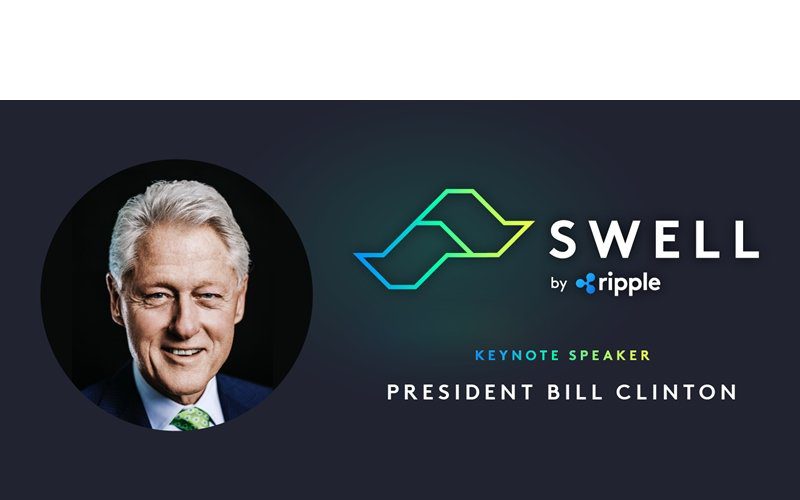 Ripple has made great strides in bringing in many financial institutions to its platform since its inception days. Its current network features hundreds of some of the world’s biggest banks and payment systems.

Moreover, Ripple Labs has further garnered the support and attention of famous people, which will increase adoption of the platform and coin for mainstream use, as well as making the token user-friendly.