Markets by TradingView
Home » What is Cosmos (ATOM)? All You Need To Know About It

What is Cosmos (ATOM)? All You Need To Know About It 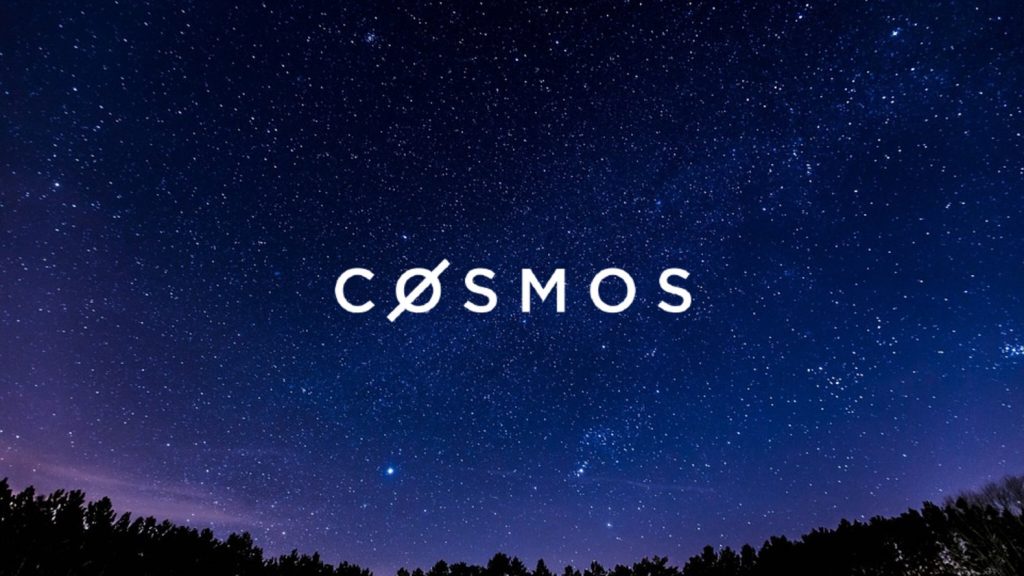 In this guide, we will be analysing what is Cosmos (ATOM), how it works, which are its features and who is behind this interesting project in the cryptocurrency industry. For those that do not know, Cosmos is one of the 30th largest digital currencies in the market in terms of valuation and could play an important role in the future of the whole space.

At the moment, there are many large cryptocurrencies, including Bitcoin (BTC) and Litecoin (LTC) that use Proof-of-Work (PoW) protocols.

These PoW work with a decentralized network of miners that require large amounts of energy to confirm transactions and secure the network. As Cosmos’ official site explains, PoW protocols are slow, expensive and unscalable. Indeed, Bitcoin can process 7 transactions per second when many other consensus algorithms are much more efficient than PoW.

To solve these issues, Cosmos uses a Byzantine fault-tolerant consensus engine called Tendermint BFT. With this Proof-of-Stake (PoS) consensus algorithm the goal is to become much more scalable and efficient to use.

Another important issue that Cosmos wants to deal with is Blockchain applications. These apps tend to be complex and difficult to understand, even for blockchain developers. This is why Cosmos has worked on a solution called Cosmos SDK, a modular framework that allows interested developers to build interoperable, application-specific blockchains.

Furthermore, blockchain networks are generally not interoperable in nowadays market. To solve this issue and increase interoperability in the cryptocurrency space, Cosmos developed the IBC Protocol through a messaging protocol for blockchains known as Interblockchain Communication (IBC).

Cosmos works with a consensus protocol known as Tendermint. Using Tendermint, nodes have a non-negative amount of voting power, while others have positive voting power. The second ones are called validators and those able to participate in the consensus protocol. Their work is to broadcast cryptographic signatures and votes to agree on the next blocks.

As the official white paper of the cryptocurrency explains, validator’s voting powers are determined at genesis or are changed deterministically by the blockchain. Cosmos works with a partially synchronous BFT consensus protocol that is much more simple and it has improved performance.

Tendermint requires a fixed set of validators in which each of these validators has its public key. Then validators try coming to consensus on one block at a time. To reach consensus, it is necessary to vote in different rounds and analyze the block proposal made by a leader. After it, validators vote in stages on whether to accept the block or not.

By using optimal Byzantine fault-tolerance through a super-majority (more than ⅔) Tendermint can be a very secure consensus algorithm. In this way, the network ensures that more than ⅓ voting power must be Byzantine to cause a violation of safety and that violators can be identified by the protocol.

According to Cosmos, Tendermint provides exceptional performance in benchmarks of 64 nodes that are distributed in seven data centres on five different continents.

One of the major advantages of Tendermint’s consensus algorithm is that through its light client security, it is suitable for internet-of-things (IoT) use cases. Meanwhile, Bitcoin light clients must be synchronized with chains of block headers and find the one with the most PoW. Furthermore, Tendermint has different protective measures that prevent certain attacks.

As Cosmos whitepaper explains, the Tendermint consensus algorithm is implemented in a program called Tendermint Core. By using the Application Blockchain Interface (ABCI), it is possible to define the boundary between the blockchain and the app. This is possible through a socket protocol that enables a consensus engine running in one process to manage an app running in another.

Cosmos works with parallel blockchains that are independent of each other and that are powered by classical BFT consensus algorithms. To connect to other blockchains, it uses a novel inter-blockchain. Each of these contacts is known as zones and the network tracks the numerous token types and each of these blockchains.

At the moment, it is possible to be connected to different zones derived from Bitcoind, Go-Ethereum, CryptoNote, ZCash and many others. As mentioned before, the Cosmos Hub is powered by the Tendermint BFT consensus algorithm that provides scalability, speed and deals with the environmental issues of PoW networks.

To communicate the different zones, the network uses Merkle-proof as evidence that the information was sent and received. The Cosmos hub works as a central ledger for the whole Cosmos ecosystem in which zones can exchange IBC messages.

The Inter-Blockchain Communication (IBC) protocol works through two different types of transactions, an IBCBlockCommitTx and an IBCPacketTx. The first one is a transaction that allows blockchain networks to prove its most recent block hash. The second one allows a blockchain network to prove that a packet was published by the sender’s application. This can be proved using a Merkle-proof.

The decision to split the IBC mechanism into two different transactions allows the system to determine which of the packets get committed.

Cosmos enthusiasts and investors want to know which are the different use cases related to blockchain networks before investing in them. One of the first things to take into account is that Cosmos can be used as a network to run a distributed exchange.

Decentralized exchanges (DEX) are currently using atomic cross-chain transactions to operate. There other DEX that allow trades to take place on their own blockchain. Users can create a limit order and turn the computer off.

Another important use case is the possibility to bridge different cryptocurrencies. Different platforms may have features that complement each other, but it is not possible to use them both without a bridge. The Cosmos network creates a bridge zone that would help networks to be connected.

In addition to it, Cosmos can solve the scaling problem that Ethereum is currently experiencing. The Ethereum network is trying to move towards a Proof-of-Stake (PoS) consensus algorithm to be able to improve its performance.

With the implementation of Tendermint on the Cosmos platform, it is possible to commit blocks faster than Ethereum’s PoW’s network. That means that the Cosmos network has a higher performance blockchain compared to Ethereum.

Cosmos Hub is a blockchain network that has its own digital asset called ATOM. The main function of the ATOM virtual currency is to allow users to vote, validate or delegate decisions to other validators. Atoms can be used to pay for transactions fees and reduce also the spam on the network.

The ATOM digital asset was distributed in the following way:

The virtual currency has been traded sideways since it was created, however, the bear market of 2018 didn’t affect ATOM as much as other digital currencies. The highest price reached by this virtual currency was back in March 2018, when it was traded above $8.31. At that time, in terms of BTC, ATOM was valued at 0.00209005 BTC per coin.

As the bear market became stronger, in April 2019, the digital currency dropped to $3.1 and 0.00057091 BTC per coin. In June, ATOM tried reaching $7,10 three times, but it was not able to surpass that level, which resulted in the price of the virtual currency to drop.

Many blockchain networks in the market have a wide range of governance systems that allow the network to behave in one or another direction. In this case, validators are responsible for the whole Cosmos ecosystem.

For these validators to work, they will have to stake ATOM tokens or a combination of other digital assets. Validators are also encouraged to participate in the market by voting for different proposals on time. If they don’t do so, they will be punished, which means they would not be able to operate for a certain period of time.

A specific proposal is approved by a majority of the votes (combining “Yea” and “YeaWithForce”). If the “Nay” or “NayWithForce” win the majority, the proposal is dropped. At the same time, More than ⅓ of the voters can veto a majority decision “with force.” Those that were vetoed will be punished with 1 day less of block fees. Those that vetoed the majority decision will lose 0.1% of their ATOMs.

There are several other blockchain networks in the market that are also working to offer interoperability in the cryptocurrency space. Some of these networks include Cardano (ADA), AION (AION) or ICON (ICX).

Blockchain networks have been very difficult to be connected. Each of them has its own features that cannot be enjoyed by many others using other digital assets. Cosmos and Cardano are just two of the largest cryptocurrencies and have a clear advantage over the other aforementioned participants.

Cardano is known as a third-generation digital currency that is yet being developed by Charles Hoskinson and other developers. Mr. Hoskinson is also the co-founder of Ethereum, the second-largest digital asset in the market.

Cosmos would have to improve its network, move forward with its developments and distinguish itself from Cardano, ICON and AION with unique features and enhancements to its blockchain.

You can learn more about What is Cardano (ADA) in the guide we wrote.

Cosmos is currently being supported by the Interchain Foundation, also known as ICF. The team includes Jaw Kwon, Ethan Buchman and Guido Schmitz-Krummacher as board members. Ash Han, Franck Mikulecz, Jim Yang, Thomas Greco and Zaki Manian are the advisors of the network.

Meanwhile, the team behind Tendermint includes Jae Kwon, the CEO and Founder, Ethan Buchman, the CTO and Co-Founder, Peng Zhong, the Head of Design, Adrian Brink, Core Developer and Head of Community, Christine Chiang, Head of Communications, Greg Szabo, VP of SRE, Jessy Irwin, head of Security and many others.

Ethan Buchman, the CTO and co-founder of the network has been working for 2 years as a research scientist. He started working on the cryptocurrency market back in 2014 with Eris Industries.

Cosmos (ATOM) is a blockchain network that aims at improving many issues that are currently affecting the cryptocurrency market. Scalability is one of them. With so many networks searching for solutions to provide fast transactions, Cosmos has already an advantage in the market.

During the last months, this project was able to establish itself as one of the top 25 projects in the crypto space. That means that it had a better performance than coins such as NEM (XEM), ZCash (ZEC), Dogecoin (DOGE), Decred (DCR) or VeChain (VET). The virtual currency is also very close to Ethereum Classic (ETC), IOTA (MITA) and NEO (NEO).

With a group of developers working to offer real interoperability with other blockchains and a solution that is scalable and with a clear governance system, Cosmos and ATOM could become one of the largest cryptos around the world in the coming years.