Markets by TradingView
Home » 10 Countries with the Most Bitcoin Hodlers

10 Countries with the Most Bitcoin Hodlers 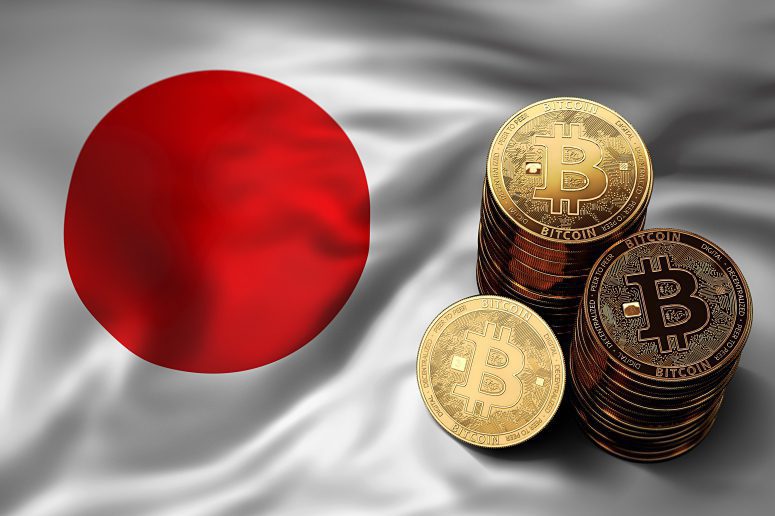 There is much speculation about who holds the most crypto coins and which are the biggest Bitcoin hodlers. Some believe that most of them are owned by large exchanges, funds, or mining firms that use their position to influence the market in their favor. A common Bitcoin fact is that these are often referred to as “whales” — big money investors in crypto, which are usually institutions such as Hedge Funds and Investment Funds that often cause “waves” in the market for small-time investors.

But still, there are also many users that through their collective investment in Bitcoin have put certain countries on the crypto map for owning significant amounts of the digital coin. Various statistical studies and analysis, including one made by Statista, indicate that things aren’t so grim, and there are actually plenty crypto investors that own and HODL BTC.

Want to own Bitcoin for yourself? We recommend buying BTC on Binance Today. Save 20% on all trading fees using this exclusive UTB link!

Even though there is still a lot to be done to achieve mainstream adoption, the interest is on the rise and more and more real-life applications and uses are starting to appear.

We have made a list of the countries that have the most Bitcoin HODLers.

Momentarily, the United States are home to most of crypto endeavors and activities, with a large number of exchanges, trading platforms, funds, crypto mining facilities, and blockchain-oriented projects. Because of this, most would consider it normal for this country to have the largest number of Bitcoin hodlers out of all the countries.

Surpassingly enough, it seems that the citizens of the United States are not that much into hodling cryptocurrencies as one would expect. But considering that it has the largest population in comparison with the rest, its 8% of Bitcoin owners still represents a large number.

Romania is probably most known for being home to a large number of international firms and businesses which activate in the IT sector, as well as a high number of freelance programmers and developers.

Considering the country’s close relationship to the tech industry, it doesn’t come as a surprise that it has a developed consumer base which is involved with cryptocurrencies.

Because of this, Romania is one of the countries that score high among others that hodl cryptos. Seeing the sheer amount of international companies that reside here, it is logical that cryptocurrency payments are applied due to the low cost of transacting with them overseas. 12% of their consumer pool has been found to own at least one type of crypto, with Bitcoin being the most popular.

Aside from hacking attempts, most East European countries do not make headlines for owning cryptos. But the Czech Republic seems to be the exception, as it seems their cryptocurrency community is in full bloom now, having 9% of all of its consumers invested in cryptocurrency. It is not known precisely just how popular Bitcoin or altcoins are from individual to individual, but still, these numbers show some promise.

Even though China has made headlines for its numerous crackdowns on crypto operations, it still has a record for excelling in digital trading. The country’s leading exchanges have one of the biggest volumes of Bitcoin being traded on a daily basis. There have been many reports that show that Chinese citizens have moved closer to power plants to profit from the cheap electricity provided by them, and use them to mine bitcoins. However, seeing its current regulatory actions towards cryptos, the number of hodlers might dwindle in the future.

Spain hosts quite a large number of regular bank ATMs which support the exchange of Bitcoin to fiat currency. But as positive as this development is for the adoption movement, it seems that only this market niche is favored in the country, in spite of 10% of consumers having purchased and owning some digital assets. An interesting turn of events, although more growth is direly needed.

As mentioned before, there are many ATMs installed in the country that allow individuals to buy and sell digital assets. According to data provided by CoinATMRadar, in Spain, there are 96 ATMs to handle Bitcoin. This makes of Spain the fifth largest country with the largest number of ATMs installed.

Poland’s cryptocurrency industry is largely uncharted territory for the time being, as not much is known aside from a positive attitude towards Bitcoin and other cryptos. 11% of the consumer population has a small percentage of cryptos in their capital portfolio, as more people are starting to gain interest in the movement.

Although there are several individuals and companies operating in the cryptocurrency market in the country, some issues have affected the space. In July 2019, the cryptocurrency exchange BitMarket, one of the largest in Poland in terms of trading volume, experienced liquidity issues and stopped operating. Several million dollars worth of Bitcoin has been lost. The co-founder has also been found dead, which makes things even worse.

The country has to be focused on improving its regulatory framework if it wants to remain competitive. Earlier in 2018, many individuals were affected due to the lack of clarity of the regulatory environment in Poland.

In addition to it, there are many companies located in the country that are currently working in the cryptocurrency market. Thus, this shows there is a large interest in digital assets in Poland and potential future growth.

Turkey is a country riddled with political tensions and ambiguous regulations, but this environment is what facilitated Bitcoin and altcoins to escalate in terms of traction and interest. Although still lacking any proper procedures for crypto and blockchain related matters, things look rather promising. It has been discovered that one in five Turks holds Bitcoin or other digital currencies, which represents a slightly larger number. All the same, these stats only make up a percentage of all its residents and should be interpreted by taking this into consideration.

It is worth pointing out that during the recent crisis experienced by the Turkish lira, many individuals started buying Bitcoin and other virtual currencies. The digital asset worked as a store of value during that time. Although Bitcoin was in a bear trend, the expectations for its future growth attracted many investors in the country.

Japan is known in the community to be very pro-crypto, seeing as it’s among the few countries to recognize cryptocurrencies as a legitimate means of payment. Because of this, there is a large number of BTC being transacted in and out of the country, with many opting to hold them for the high-yielding investment potential. According to data from CoinMarketCap, the country’s crypto exchanges have high transactional traffic.

The country has also one of the most effective regulatory environments in the world related to blockchain technology and virtual currencies. Exchanges that want to start operating in the country must have the necessary license provided by the Financial Services Agency (FSA), the regulatory entity of the country.

These new regulations were implemented after the bull market of 2017 and due to the fact that several crypto exchanges were affected by hacks and irregular issues. For example, CoinCheck, one of the most important crypto platforms to trade digital assets in the country was hacked losing $500 million worth of NEM (XEM) tokens at the beginning of 2018.

Now, there are many firms that want to establish themselves in the country and are waiting for regulatory approval from the FSA. Japan is also the country with the second-largest trading volume against Bitcoin around the world after the U.S. dollar.

Switzerland is mostly known for its cutting-edge banks and financial institutions, but now this nation has made very clear its intents of becoming a cryptocurrency and blockchain hub. Banks have started opening their doors to cryptocurrency payments, a move which has encouraged many of its citizens to dabble into cryptos, mainly because they now have a form of security.

Switzerland has also gained an important position in the cryptocurrency space with regulations that were implemented in its territory. The city of Zug has experienced exponential growth in the number of companies related to the crypto market operating there.

At the same time, regulators have a very open mind towards digital assets and how they are used, this is why the Swiss SIX exchange decided to list different exchange-traded products (ETPs) related to Bitcoin (BTC), Litecoin (LTC), Ethereum (ETH) and also XRP.

South Korea is another Asia country that is impacting the Bitcoin scene. With the Chinese government’s not so positive attitude towards crypto trading, many have redirected their trading operations in neighboring South Korea. With a penchant and skill for tech, the country now hosts a plethora of exchanges and crypto businesses which cater to a population that has an increasing interest in trading and using cryptocurrencies. Bitcoin is among the top cryptos also traded and owned here.

Although the South Korean government didn’t take clear measures regarding the cryptocurrency market, there are many companies that want to grow and offer new services to the cryptocurrency industry. One of them is Kakao, the most popular messaging application in the country. Kakao could eventually integrate different crypto-related services to its messaging application in the future.

Furthermore, South Korea accounts for almost 10% of all the BTC traded around the world, after the U.S. dollar and the Japanese Yen, according to CoinHills.

Buy & Trade Bitcoin for yourself, it’s easy and low-fee using Binance and you can even save 20% on all trading fees by signing up here.

There are many other countries around the world that have many crypto users. However, it is somehow difficult to create trustworthy estimations about that. Indeed, the current data we have it through surveys that are conducted by different companies rather than by objective information.