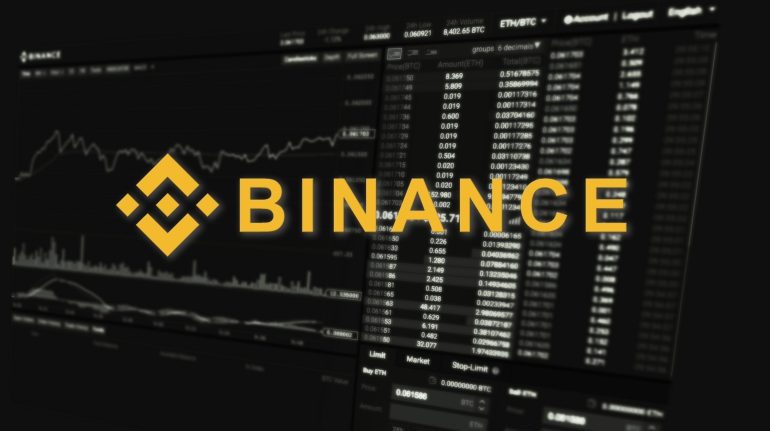 (Updated Jan 2020) Last year is proved to be the year of initial exchange offerings better known as IEOs. The new fundraising method took the crypto industry by storm as numerous projects managed to raise millions this way. Interestingly, the first IEO took place back in 2017 though it stayed low key at the height of the ICO fever- a mode of fundraising that IEOs now seem to be fast replacing.

Binance has been in the lead when it comes to IEOs, and the remarkable success the exchange has managed to achieve so far has seen other crypto exchanges rush to offer similar products through their own launchpads.

Below we are going to take a look at all the 13 IEOs that have already taken place on Binance through its launchpad.

Gifto was the first IEO token that was offered on Binance Launchpad back in December 2017. The platform is a universal gifting protocol that is designed to be a self-governing and self-sustaining ecosystem for virtual gifts which can be curated, bought, sent, tracked and exchanged across any content platform such as Facebook, Instagram, Uplive, YouTube and many more.

Gifto was created by Uplive which happens to be the world’s fastest-growing revenue live streaming app that boasts over 35 million users across the globe. The project managed to raise its hard cap target of $30 million within minutes, and now the focus has shifted to boosting mass adoption.

There are significant integrations and partnerships in the pipeline as Gifto pursues its bigger vision of making GTO the number one social entertainment token. So far, the token is being used in gaming, live streaming, art, charity and virtual gifting.

Bread is a rapidly growing decentralized financial services platform that is being used in over 140 countries by more than one million users. Its token BRD was the second to be offered on the Binance Launchpad back in December 2017 managing to raise $32 million in just under 90 minutes.

The token allows users to gain access to premium services and functionality that is offered within its app. Users also can get rewards through the loyalty program for cryptocurrency users. The platform is working on building the world’s largest decentralized bank. And at the core, Bread offers secure wallet capabilities which are always free. Therefore, allowing users to receive, store and send cryptocurrencies to any other person around the world at any given time.

Shortly, the platform aims to be the premier way for users to store and trade all their digital assets in a secure manner without involving third parties or any centralized services.

Last year saw the ICO bubble burst, and increased pressure from various regulators saw many projects that had raised their funds through ICOs forced to return the money to their investors. The existence of many fraudulent projects also didn’t help, and we saw investors lose confidence with token offerings.

However, in December of last year, Binance announced that they would help various projects raise funds through their launchpad thereby addressing many of the concern’s investors might have had and restoring trust.

BitTorrent became the first IEO of 2019 that was offered towards the end of January. The project managed to raise over $7.2 million. The token sale ran in two simultaneous sessions with one involving purchases made in BNB coin and the other in TRX.

Fetch.AI was the second IEO of the year to be offered on the Binance Launchpad. The token sale took place in February with the project managing to raise over $6 million within twenty-two seconds. The money will go towards funding the development of the ecosystem.

Fetch.AI is a data trading platform and digital infrastructure provider that uses the FET token as a medium of exchange. The platform makes it possible for autonomous digital entries to transact with one another without the need for human intervention. This makes the platform faster than any human operated system and ideal for rapid micro-payments and data transfers.

All in all, the platform brings together machine learning, artificial intelligence, multi-agent systems and the blockchain to create an economical internet. If you are having trouble understanding what that means its an environment where digital representatives of the economy’s moving parts like data, services, hardware, people and infrastructure can get useful work done through effective introductions and predictions.

Think of these agents as digital entities or life forms that can make decisions on their own behalf as well as on behalf of their stakeholders such as individuals, governments, private enterprises etc.

Following on its promise of supporting at least one good project through its platform, Celer Network (CELR) became the third token to be offered on the Binance launchpad in March. The entire sale was completed in less than 17 minutes with the project successful raising its $4 million hard cap.

The sale took place in a single session and attracted around 3,129 investors. With the fresh injection of funds, the project wants to develop a fast, scalable solution that will utilize smart contracts to offer zero-fee transactions.

Celer Network is a new tech and economic architecture that aims to bring internet scalability to existing and future blockchains through off-chain scaling techniques.

So far, the platform offers users the ability to scale out billions of trust-free, secure and private off-chain TPS.

Matic Network is a Layer 2 scaling solution that achieves scalability through the use of side-chains for off-chain computation while leveraging the decentralization and security of the Ethereum mainchain. The project is passionately pushing for mainstream blockchain adoption and is continuously delivering on all its promises on its mission to scale the blockchain ecosystem. 40+ Dapps are already building on Matic.

Matic recently collaborated with WhiteBit, a crypto exchange that focuses on security, liquidity, and speed of execution to ensure MATIC holders have access to the best trading experience on the platform.

After receiving Seed Round investment from Coinbase Ventures, Matic held its token sale in April 2019 via Binance Launchpad. During the IEO, Binance held a lottery with the lucky winners getting a chance to purchase their allocated personal share of the 1.9 billion MATIC tokens that were on offer, using BNB. The IEO was a huge success, reaching its hard cap of $5 million within 24 hours. To this day, Matic’s IEO remains the most successful IEO in history in terms of token performance – not only those held through Binance Launchpad but the industry as a whole.

The platform held its IEO in May 2019, where a total of 1.58 billion ONE tokens were sold to participants that drew and claimed the winning lottery tickets during the event. Each token went for $0.003175 or 0.000092 BNB.

Some of the platform’s key features include; the consensus in two communication rounds with modified BLS multi-signatures, high resiliency to malicious attacks due to intra and cross-shard node reshuffling, and smart contracts on a state sharded architecture with a balanced load on shards.

WINk is a gaming platform that allows users to play, socialize, and stake across multiple blockchain ecosystems that leverage WIN token, the native token of the platform. WINk has managed to build a high-quality decentralized gaming experience through behavioral mining, innovative token economy design, and use of other incentive mechanisms. The platform also enables developers to build dApps that drive genuine adoption and also engages users to participate and contribute as active stakeholders on the platform.

Some of its features include developer tools and APIs that allow teams to seamlessly integrate their projects or create unique gaming dApps from scratch, Fiat onramps stablecoins, and more Defi integrations and Industry-leading social features live operations and events.

Perlin is a leaderless proof of stake smart contract platform that doesn’t use committees or delegation, thereby ensuring the security properties of Bitcoin and also speeds that can be compared to those of private chains. The platform achieves a throughput of 31000+ TPS. It claims to consistently have 0 to 4 second time to finality, all of which is made possible by Wavelet-a-DAG-based probabilistic consensus mechanism.

Some of its features include minimal hardware nodes; it’s efficient and scalable and boasts an engaged global developer community.
The platform held its IEO in August 2019, where 86,530,500 PERL tokens were sold through the lottery to 13,400 winning tickets.

Band Protocol is a secure and scalable decentralized oracle serving as a layer-2 protocol on public blockchains. It allows dApps to leverage existing data on the internet without trusted intermediaries bridging the use cases between Web 2.0 and 3.0. Band’s unique multi-token model and staking mechanism ensure that data is free from manipulation.

Some of its features include; making data readily available to be queried on-chain using a delegated proof of stake to ensure data integrity, which offers many benefits, it’s cheaper than most decentralized alternatives with over 50%, and it provides a decentralized economic incentive.

Kava is a cross-chain DeFi platform that offers collateralized loans and stabecoins to users of major crypto assets like BTC, BNB, XRP, and many more. The platform is supported by over 100+ businesses around the globe, including prominent cryptocurrency funds and major projects like Cosmos and Ripple. Kava has two tokens; KAVA, a governance and staking token responsible for securing the network and voting on crucial parameters, and USDX, an algorithmically maintained stablecoin backed by crypto asset collateral.

Some of its features include; multi-collateral debt positions, no Counterparty Lending, and algorithmically maintained stablecoin.

TROY is a prime broker specialized in cryptocurrency trading and asset management. The platform provides users with aggregated trading through full access to the aggregated liquidity of a group of crypto exchanges.

Binance has set itself apart as the best trading platform for beginners and experienced traders and gives you hundreds of coins to invest in. Start trading today on Binance!