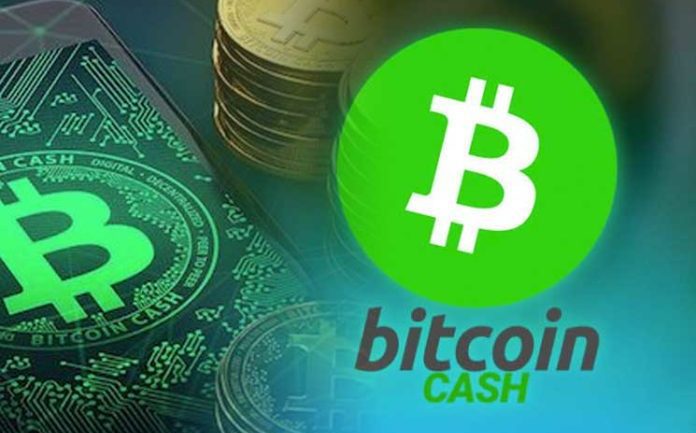 Bitcoin is a decentralized peer-to-peer electronic payment system. The blockchain does not rely on a central authority, and all transactions on it are recorded on a global ledger. This digital coin was explained thoroughly in a white paper written by Satoshi Nakamoto in 2008.

Bitcoin experienced its first splitting hard fork on August 1, 2017, when Bitcoin Cash was forked from the blockchain. The main issue that caused this hard fork was scalability, which affects the number of transactions per second.

Initially, Bitcoin Classic was forked from Bitcoin Core, and it proposed increasing the block size. Nonetheless, despite early success, Bitcoin Classic did not receive the expected massive adoption from the wider Bitcoin community.

Since the launch of Bitcoin, the cryptocurrency continued to face pressure from community members with regards to scalability.  Specifically, critics were worried that the 1 million bytes would eventually slow down transaction processing time, which would limit its potential at a time when it was gaining a massive following.

Nonetheless, others argued that this limit was mainly to prevent spam attacks from malicious individuals, especially at a time when the coin’s price was very low. By 2015, the digital currency’s price had increased tremendously, as well as the average block size, which at that time was 600 bytes. However, this led to a scenario where transactions could be delayed as more blocks reached.

Several ideas were presented to deal with the scalability issue over the years. Developers and miners could make changes to the blockchain, as it’s not managed by a central authority, but they would have to buy-in first.

The consensus-driven approach delayed the decision-making process. This resulted in several different blockchain ledgers being created by many different groups. The new ledgers are called forks, including BitcoinTX, and Unlimited, but they did not receive much attention.

Difference Between Bitcoin Cash And Bitcoin 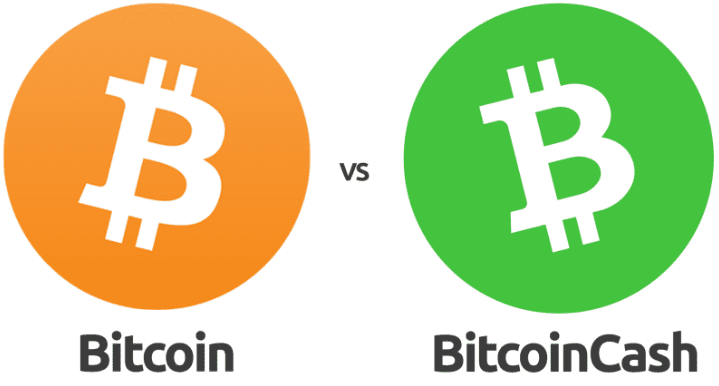 The main difference between these forks is that BCH increased the block size to 8 Million bytes. Additionally, the fork eliminated the Segregated Witness (SegWit). This was among the proposals, and it entailed creating more block space by running certain transaction parts.

Mainly, Bitcoin Cash aims to scale the number of transactions per second, and community members hope that this goal will be achieved to enable BCH to compete with Visa and PayPal’s transactions.

The main differences between Bitcoin and Bitcoin Cash include:

These differences are based on the fact that Bitcoin Cash blocks are around 32 times bigger than Bitcoin. Therefore, Bitcoin Cash is cheaper, faster and more scalable. BCH continues to become adopted by more companies due to these advantages.

Initially, critics shared some issues regarding the adoption of Bitcoin Cash. They argued that BCH’s approach would lead to centralization since the power and equipment needed to process larger blocks is expensive, thus only a few big companies and individuals would have control.

This would also threaten the consensus-driven approach, since only a few companies would have control, and may force changes on the community.

Additionally, the opposing views were based on two distinct economic classifications—Bitcoin as a payment system and as an investment. The team behind Bitcoin Cash maintained that they must maintain Satoshi’s vision of cheaper and faster transactions.

After the successful fork of Bitcoin Cash, they only wanted to last long enough to convince companies and individuals to adopt the digital currency, so that it would build on this traction and reach new heights. Critics shared more concerns that after reaching this point, some developers may be prompted to create new coins, thus putting pressure on Bitcoin Cash, as they did on Bitcoin.

Seeing that the issue of scalability is at the centre of these debates. Developers sought to focus on creating solutions to increase the size of blocks and reduce transaction time.

Nonetheless, despite these arguments and concerns, Bitcoin Cash was listed on several exchanges from July 2018, but at a far lower rate than Bitcoin.

The Split Of Bitcoin Cash

One year later, block size limits issues began to emerge. On August 2018, Bitcoin Cash Adjustable Blocksize Cap, which at that time was the largest software client for the blockchain, announced a hard fork slated for November the same year. 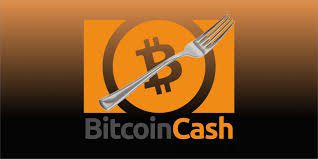 The announcement read. “A new opcode called OP_CHECKDATASIG that improves the BCH scripting language to permit the validation of messages from outside the blockchain. The introduction of canonical transaction ordering. Several minor technical fixes and improvements.”

Nonetheless, the specifications for this second hard fork sparked much debate within the community. As in the year before, two sides were formed. On one side, were Roger Ver and Jihan Wu with their ABC protocol, and on the other side, was Craig Wright aka the self-proclaimed “Satoshi Nakamoto” and coin geek CEO and Millard Calvin Ayre with Satoshi Vision (SV). The following months saw a civil war between both camps.

Initially, Wright had stated that they did not want a split. Instead, they threatened with a 51% attack and wanted to wipe out the ABC chain. This battle entered the still-young history of cryptocurrency as the Hash Wars.

At the end of the war, there was Bitcoin Cash, (by the ABC faction), and Bitcoin SV (the Satoshi Vision), 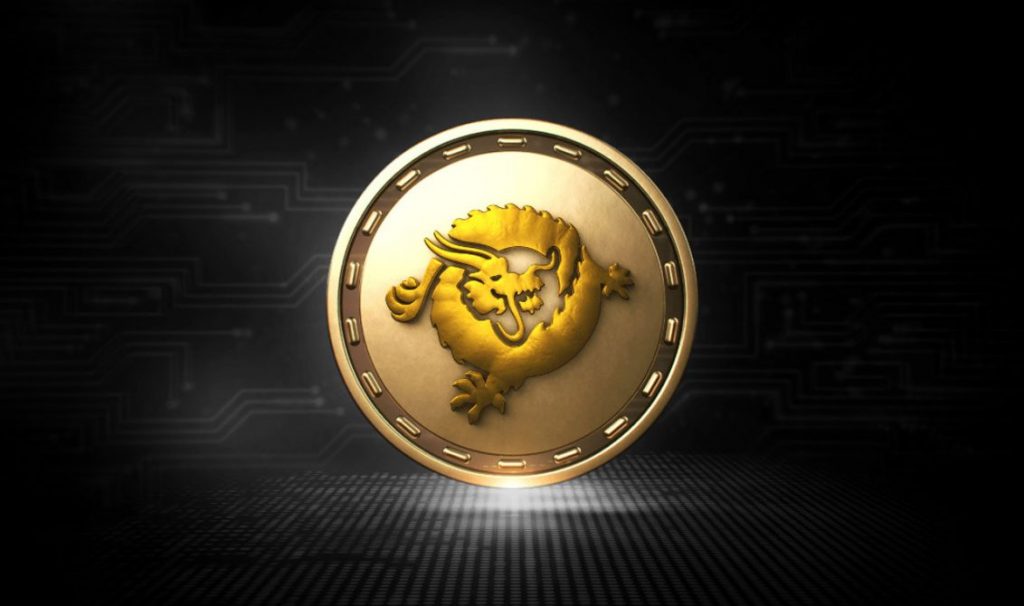 Bitcoin SV includes Satoshi’s vision, and with the leadership of Craig Wright, BSV is getting closer to the original version of the Bitcoin protocol.

During the hard fork, BSV increased the maximum block size to 128 megabytes. Furthermore, some OP codes of the original protocol were reactivated. This brings the vision of a full programming language back to life at the protocol level. In addition to it, the hard fork also relaxed the restrictions on scripts.

For the most part, Bitcoin SV managed to escape the hash war without any damage.

This digital currency is currently being traded around $136 and it has a market capitalization of $2.43 billion, according to CoinMarketCap.

Given that Bitcoin Cash is larger, it is faster and cheaper to use. Moreover, BCH blockchain is more scalable, thus more people can conduct transactions on the blockchain at a time.

The team behind BCH has always been quick to develop and implement effective solutions to make the blockchain more scalable. This means that Bitcoin Cash has a great future, following massive adoption which is expected in the near future. Moreover, moving Bitcoin Cash around different exchanges is cheaper, compared to Bitcoin. As such, when the coin’s price surges, you can earn a good profit.

Despite these advantages, the digital currency has not inspired much confidence from investors.

Bitcoin Cash has fewer trading pairs compared to Bitcoin. The interest for Bitcoin Cash is not the same as for Bitcoin in the market, and this is something that is reflected in crypto exchanges. It is worth mentioning that Bitcoin is also the largest crypto in the market and all the other coins are behind it in terms of adoption.

According to a Redditor, there was a bug in the mempool-acceptance rules after the hard fork. At the same time, the operation count was being validated with the old rules rather than with the new one. After this issue, the bug was solved and the situation was normalized.

Because of this issue, the cryptocurrency exchange Poloniex disabled deposits and withdrawals for BCHABC. Bitcoin ABC is the Bitcoin Cash developer group that is in charge of the improvements of the network.

Moreover, a crypto Redditor on the /btc subreddit shared some points about why Bitcoin Cash has some weak points. For example, he said that the Bitcoin Cash community is using the Bitcoin.com web presence as a platform to convince users to use BCH instead of BTC. This decision to use the Bitcoin.com website is manipulating new users that do not know anything about Bitcoin.

Another thing the user SupremeChancellor commented is that the BCH community is actively attacking Bitcoin and individual developers on social media rather than working together on how to improve the whole crypto ecosystem.

“It is wrong to “cheat” the market by manipulating people like this. Why can’t BCH stand on its own at its own bitcoin cash domain web presence? Why does it need to maliciously manipulate the market using the “Bitcoin” web presence?”

As he pointed out which are some of the problems and disadvantages of Bitcoin Cash, the community in /btc didn’t agree with him.

Furthermore, there is a very important thing to mention about Bitcoin Cash and it is related to its hash rate. Bitcoin Cash experienced a higher issuance rate during the first days after being created. This has accelerated the time in which Bitcoin Cash is going to be halving compared to Bitcoin. The Bitcoin Cash network will experience a halving event in 233 days while Bitcoin will experience it in 273 days.

The difference between these two networks is that Bitcoin is the leader in mining power for the SHA-256 hashing algorithm, compared to Bitcoin Cash that has a much lower hash rate. This could create problems for Bitcoin Cash’s security.

As we mentioned before, Bitcoin Cash is expected to experience its halving before than Bitcoin. Nowadays, it is more profitable to miner Bitcoin than Bitcoin Cash. If there is a halving event for Bitcoin Cash, it will certainly discourage miners to keep mining on the network and move to Bitcoin.

Both of these digital assets have a reward of 12.5 BTC/BCH per block, which is expected to be reduced to 6.25 BTC/BCH next year. With a lower issuance of new coins, the BCH network would clearly be damaged. In order for Bitcoin Cash not to lose competitiveness, it would have to experience a price increase as soon as possible.

Indeed, there are some users in the /btc subreddit that are already worried about this issue and how it would affect the security of Bitcoin Cash.

After being launched, Bitcoin Cash experienced volatility in the market, as many other digital assets. The virtual currency reached an all-time high of $4,355 on December 20, 2017. Since that moment, the digital asset entered a bear trend as it happened to all the cryptocurrency market.

In December 2018, Bitcoin Cash reached its lowest point being traded around $75 per coin and close to 0.023 BTC per BCH. Nowadays, the virtual currency is the fourth largest in the market and it has a price of $317 and 0.03057 BTC. It also has a market capitalization of $5.699 billion, being the largest crypto behind Bitcoin, Ethereum (ETH) and XRP.

According to history, the Bitcoin community has fundamental disagreements. While Bitcoin sees above all the store of value as an added value of the coin, Bitcoin Cash emphasizes the function of the medium for exchange. These different perspectives have led to several forks, which lead to the splitting of the communities.

On one hand, the forks are good, as they allow anyone to take the path that they think is best. Nonetheless, they are splitting the communities and preventing the network effect of a single, global means of payment.

BCH is always implementing new solutions and has grown significantly since it was forked from Bitcoin in 2017. As such, it remains to be seen what the future holds for this relatively new digital currency.