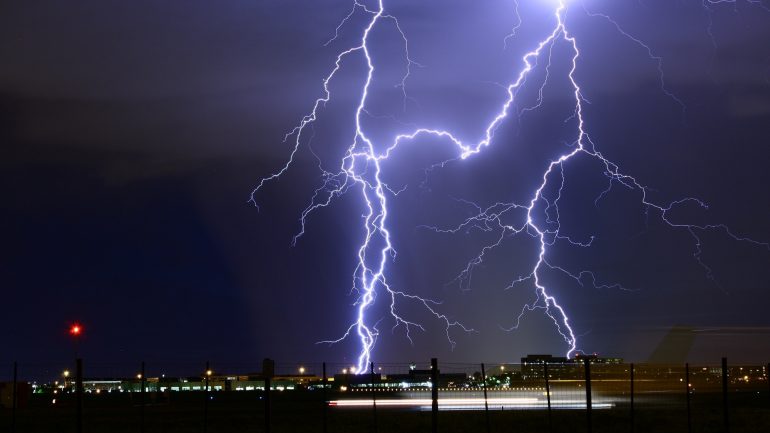 Almost anyone with a keen passion for cryptocurrency knows that one of the biggest problems of most blockchain projects is related to the lack of scalability. Bitcoin, the most popular and most valuable cryptocurrency to date, is no stranger to scalability problems as it continues to struggle with huge daily transaction volumes.

A while back, it was thought that a technology called Segregated Witness (SegWit) would be able to solve most of the scalability problems the Bitcoin network was undergoing. However, as time proved, SegWit was way too limited to deal with such a mammoth task efficiently. This is exactly why The Lightning Network, a smart “second layer” payment protocol, was launched on  December 6th, 2017.

What is The Lightning Network?

In fact, The Lightning Network is nothing more than a smart contracts system. It’s built on top of the base Bitcoin blockchain and allows for fast and cheap payments between two involved parties. 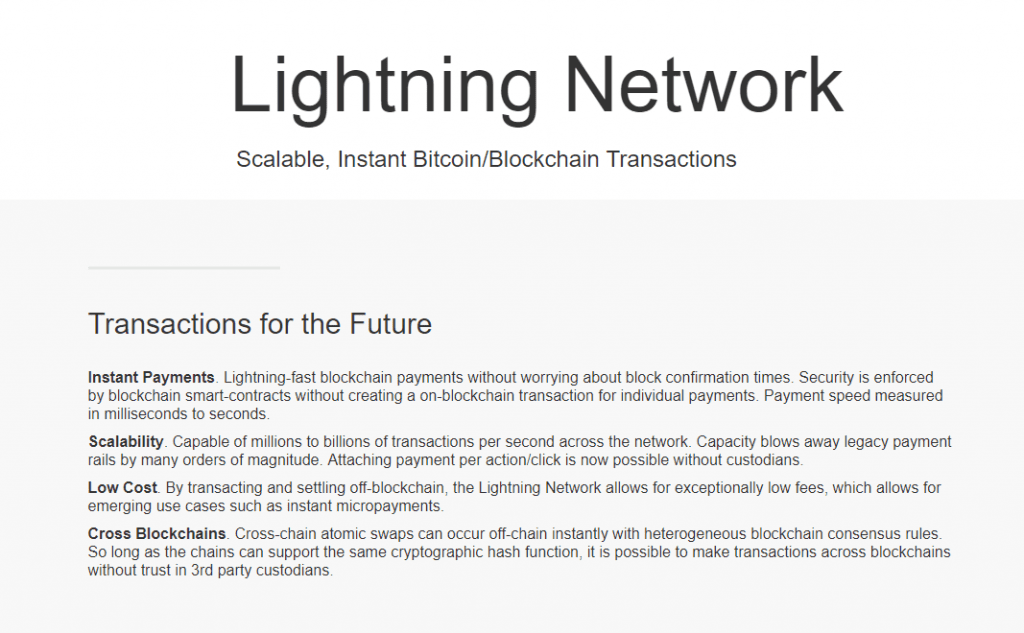 How does it work?

To better understand how the Lightning Network works, it’s important to note that the system uses multiple steps to achieve the perceived result.

For it to function, it requires that a multi-signature wallet is set up by at least one of the involved parties. The wallet address is then saved on the public Bitcoin blockchain alongside a balance sheet. This balance sheet proves how much of the included asset belongs to whom.

From now on, the two parties can perform an unlimited number of transactions without ever requesting the information stored on the blockchain. With each transaction, both parties modify the balance sheet in order to accurately show how much currency the wallet holds and who does it belong to. In short, the sender and recipient can elect to carry out their directly transactions.

Instead of being uploaded to the blockchain, this updated balance sheet is kept by both parties. If the payment channel is closed, both parties use the mutually adjusted balance sheet to pay out their share of the wallet. Therefore, the Bitcoin main network is used to process the large transactions while The Lightning Network is responsible for dealing with the microtransactions.

Users are provided with the possibility of transacting with any other user connected to the network through multiple hops. Only a few nodes are necessary to connect everyone within the network.

The Pros and Cons of The Lightning Network:

With the help of the Lightning Network, not only are transactions faster, but tiny payments are also possible. Payments, however small, will be settled instantly. This will further help Bitcoin become an even more popular cryptocurrency and a more widely-accepted form of payment.

Another major advantage is the fact that The Lightning Network lowers fees. Even though this is a very good thing, it might also be a slightly bad thing for Bitcoin’s future. Bitcoin still features mining rewards, but with the passing of time, a point will be eventually reached when the fees will be the only rewards left. One could argue that Bitcoin’s network sustainability is actually based on fees.

Another big benefit of The Lightning Network is the fact that it improves the overall privacy of Bitcoin. Transactions are anonymous and encrypted, and they’re stored on the blockchain only after the payment channels are closed, and the balance is paid out to both parties.

As with all things, The Lightning Network is not perfect, hence, there a couple of limitations.

Since the system is designed to handle mostly small to medium-sized transactions, it’s not equipped to deal with large payments. Another important issue is the centralization. Some crypto experts believe that this type of network might actually encourage centralization in payment hubs, a process fairly similar to miner centralization.

The Lightning Network does not support offline payments. It’s a similar situation when it comes to peer connections. If one of the peers is unresponsive, then users might be forced to wait for hours on end before being able to get ahold of their funds again.

Another drawback is related to the user-friendliness of the system. Therefore, apps running on Lightning are not exactly novice-accessible. Finally, since it’s still a fairly new project and the network hasn’t been tested in all day-to-day conditions, it remains to be seen how well will it cope in the future.

While the concept of handling transactions off-chain is a praiseworthy one, the evident downside is the fact that these transactions are not tracked through the main channel which might eventually lead to some privacy-related issues.

The Lightning Network is without a doubt a very important development for Bitcoin’s future  evolution. It seems to be a very favorable solution towards solving Bitcoin’s never-ending scalability and congestion problems. However, it does not come without its fair share of negatives.

Of course, the project is bound to see some improvements over the following period. If the technology will prove itself efficient over the course of the year, then there’s little doubt that The Lightning Network could completely revolutionize the way Bitcoin is used by individuals and important financial institutions from all over the world.

Still, it remains to be seen if this solution will prove capable enough for Bitcoin, and it will be interesting to see if it will share the same faith as the Segregated Witness (SegWit) program.