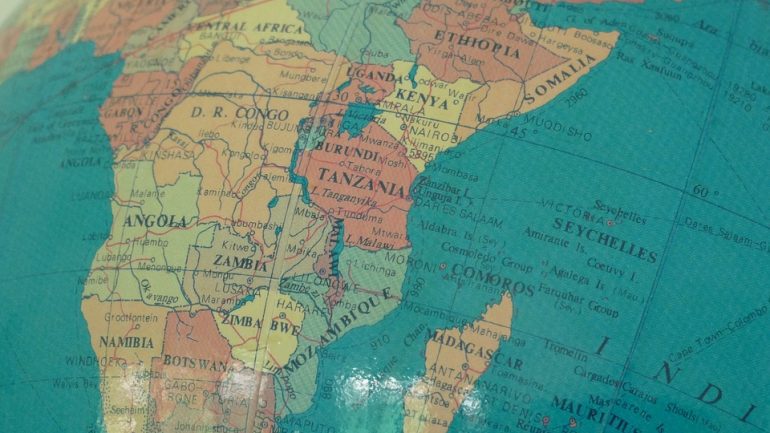 Even though Africa has not come as close to embracing blockchain technology as Asia, Europe, or North American, blockchain communities in South Africa, Sudan, Nigeria, Kenya, as well as other countries are having a steadily growing social impact.

The lack of some solid economic infrastructure, paired with undeveloped sectors of society makes Africa an intriguing market for blockchain to enter into. Still thanks to the ever-growing popularity of smartphones, for instance, the continent has seen technological innovation that has boosted its development. The premise is that blockchain can do so too.

African Countries That Have Adopted Blockchain

In this article, we will dive deeper into various African countries that have adopted blockchain projects and early infrastructure.

South Africa is currently one of the most crypto- and blockchain-friendly countries on the African continent, and home to a few interesting projects. The country still has a long way to go until it sees a set of clear regulations and rules for virtual currencies and blockchain technologies. However, South Africa has seen the creation of Project UBU in late 2017 that aims to help impoverished families and distribute universal income to South Africans in need of help.

The country is also home to one of Africa’s biggest blockchain conventions, the Blockchain Africa Conference, that takes place every year in Johannesburg. Another honorable mention is the Blockchain Academy in Cape Town that provides specialized training on crypto and blockchain tech to local entrepreneurs and companies. Various financial institutions, such as the Reserve Bank, have also shown great interest towards adopting and developing blockchain-based tech.

Ghana is another African country that seems to have its eyes set on crypto and blockchain adoption. The country made headlines when a project called Bitland first appeared in 2016. The project’s main goal is to help people settle land disputes, as well as reduce illegal displacement and corruption within the area.

One year earlier, the Bill and Melinda Gates Foundation donated a research grant to a blockchain startup named Bitsoko. This particular project focuses on promoting acceptance of mobile money for everyday use, as well as on providing accessible cross-border payments. Still, the central bank of Ghana does not legally recognize cryptocurrencies as a valid payment medium.

Nigeria is another African country that has experienced a considerable growth of its blockchain community. This resulted in the launch of various exciting blockchain startups and projects including the CDIN initiative (that focuses on informing and educating Nigerians about the potential benefits of blockchain and cryptocurrencies) and NIMC (proposed blockchain-based identity system that would allow African citizens to travel across the continent with a single identity on the network).

The Central Bank of Nigeria seems on board with the future development of blockchain tech and has even enrolled in a program to gather stakeholders and investors. The country has also seen a blockchain conference courtesy of the Blockchain Education Network and Blockchain Nigeria User Group.

Even though the Bank of Uganda has issued various warnings about the risks of cryptocurrencies, the country has seen blockchain development still. Moreover, the Ugandan government seems very interested in using blockchain technology to improve the public services.

One of the most noteworthy events that took place in Uganda is the Crypto Savannah partnership with Binance in April this year. The partnership focused on providing as much support towards the economic development of the country. The country has also been the host of the Africa Blockchain Conference.

Blockchain technology has slowly made its way into Rwanda as well. The partnership between WiseKey and Microsoft is probably the most impressive blockchain-related project in the country. The project aims to digitize Rwanda’s land registry using WiseID apps and cloud tech from Microsoft (Azure).

Rwanda has also been the host of the Transform Africa Summit that focused on accelerating the single digital market in Africa and brought together thousands of head states, fintech companies, blockchain experts, government representatives, AI firms, and even banks.

The Kenyan government wants to promote and encourage blockchain technology, even though the Central Bank of Kenya issued a warning to banks in April, urging them to reject crypto-related transactions. Under the president’s directive, the country has created a blockchain and AI-based task force to integrate blockchain tech within the country’s economic framework. The team behind the task force hopes to reduce the political corruption.

One of the most interesting partnerships within the country is the Twiga Foods and IBM. It involves granting microcredit loans to retailers and using blockchain tech to keep track of various aspects and parameters.