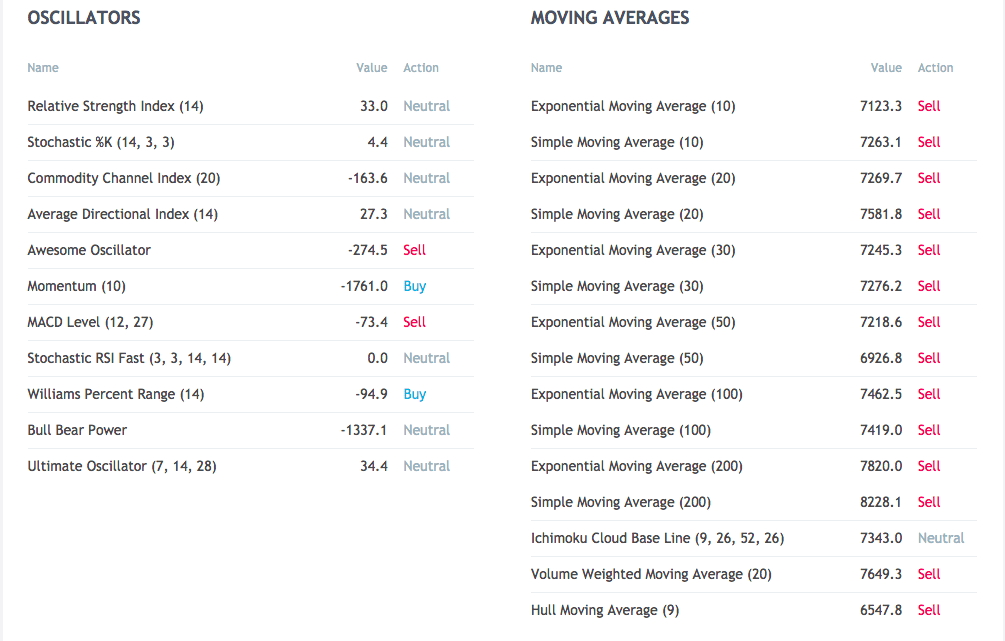 Well, there’s not much to say today. BTC/USD is down over 3% in the last 24 hours, and down nearly 5% in a slightly longer window. Many are putting blame on the SEC’s decision to postpone an approval (or denial) of the last and strongest contender for a Bitcoin ETF. That’s probably the catalyst, but we’ve seen BTC prices slide for months now and this is just another reason to see it go down. It’s discouraging to see this news break BTC’s value more than the Bakkt announcement enhanced it, but the market wants to see something like an ETF, boosting BTC into a legitimate place amongst regulated investment and trading.

Since it’s such a strong SELL day, we’re looking for T.A. that might illuminate a “bottom”. This chart by analyst regalia might help as well; as the text of the chart insists there are still profitable trades to be made in zones here.