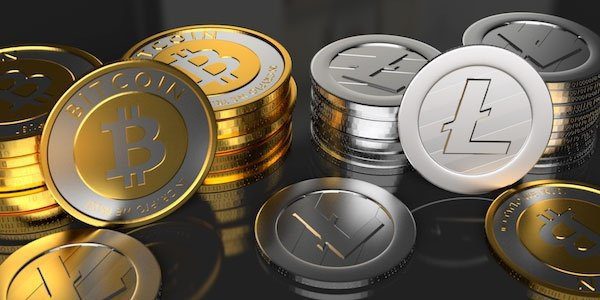 Charlie Lee, the creator of the popular digital asset Litecoin (LTC) explained that the cryptocurrency he created was not born as an Initial Coin Offering (ICO). This comes after a tweet made by Jeff Garzik, the co-founder and CEO of Bloq, about Bitcoin and Litecoin. Moreover, Charlie Lee defended Bitcoin saying that Bitcoin doesn’t depend on maximalists for it to succeed.

In a recent tweet, Jeff Garzik, he said that the Bitcoin community is getting extreme in criticizing other projects, including Litecoin and “other first-gen ICOs.”

Historical note: It really does get this extreme, and sadly goes back to the earliest days of the #Bitcoin Foundation, circa 2010, when #Litecoin and other first-gen ICOs released:
"Attack anything not Bitcoin" were/are the unwavering marching orders. https://t.co/Ue66P2h2w0

Charlie Lee was very fast answering that Litecoin was not created as an ICO. Initial Coin Offerings are a way of gathering funds in the cryptocurrency space that became famous in 2017 when the number of ICOs skyrocketed in the market. However, most of these projects were not able to succeed and many ICOs were scams.

Litecoin was created by Charlie Lee in 2011, a few years after Bitcoin was launched to the market. Nowadays, Litecoin is one of the most prestigious and oldest coins in the space and it has always been traded among the top 10.

Regarding Bitcoin’s maximalism, Mr. Lee said that the idea of maximalism started after Ethereum (ETH), the second-largest digital asset in the market, came on the scene. According to him, maximalism was a defensive reaction triggered by the Ethereum flippening Bitcoin talks. Furthermore, he said that Bitcoin does not care and will do fine with or without people calling other coins scams.

Ethereum became the second most valuable virtual currency in the industry because it introduced smart contracts, something in which Bitcoin was totally limited. Although Ethereum supporters considered that the virtual currency could surpass Bitcoin, Litecoin remained backing Bitcoin at all times.

Litecoin wasn't an ICO. And there were no marching orders about attacking Litecoin and other coins.

The idea of maximalism only started after Ethereum came on the scene. It was a defensive reaction triggered by the Ethereum flippening Bitcoin talks. https://t.co/X4uYiU3wuw

The Litecoin community has always been very welcoming to Bitcoin and its supporters. These two communities are very close to each other. Indeed, many individuals claim that Litecoin works as a testnet for Bitcoin considering that many implementations were first tested on Litecoin and after it they were embraced by Bitcoin.

This year, Bitcoin has been in a bull trend that allowed it to move from $3,400 to $13,750. That represents a price increase of around 300%. Now, Bitcoin is being traded around $10,700 and it has a market capitalization of $191 billion. Meanwhile, Litecoin was among the top gainers in the market as well. Currently, litecoin is the 5th largest virtual currency with a market cap of $4.92 billion and a price per coin of $78.