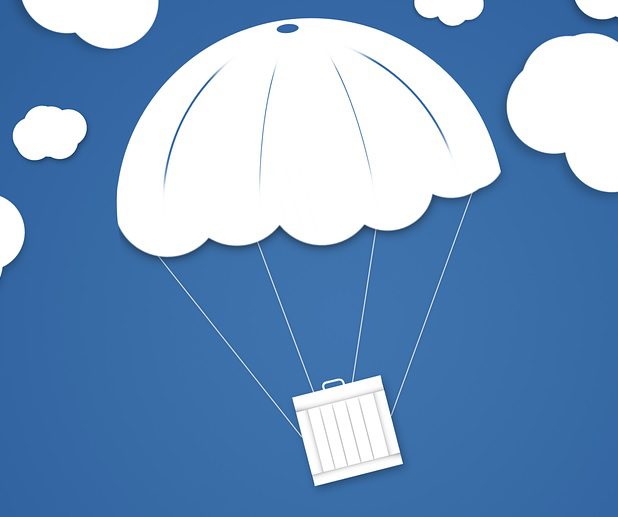 To partake in these cryptocurrency airdrops, it’s often required that you are holding a whole or fractions of the actual token or tokens on the blockchain which the platform runs in its designated wallet.

Airdrop giveaways are usually in this manner; at a specific time that’ll have been announced, the project will take a snapshot of the state of the blockchain, which reveals accounts and their balances at the time. Token holders are then given a certain amount of coins/tokens as announced. These airdrops are distributed on a couple of blockchains but Ethereum and projects on the Ethereum blockchain are known for receiving airdrops.

Here are airdrops to watch out for in the following months of 2018. The Callisto project is a blockchain technology which runs on the Ethereum Classic protocol. It introduces cold staking which rewards holders of the CLO tokens on its blockchain.

We have no information on when this airdrop will take place but you can monitor the progress through the Ethereum Classic Block Explorer to know when blockchain height reaches 5500000. According to some calculation, the block will be mine within 5th March, 2018. The Waves platform is an open-source blockchain platform that’s developed and operated by Waves Platform AG. The platform allows users to launch their own custom cryptocurrency tokens.

The Waves platform has also announced that there will be airdrop to wallet addresses of Waves Community Token (WCT) holders. This airdrop is scheduled for the 22nd of February, 2018.

In order to receive the airdrop, WCT holders are to follow these guidelines: Coinlancer is a decentralized job market for freelancers built on the Ethereum network. This allows freelancers advertise their skills to clients across the globe and also enables clients to meet someone who can deliver services they want efficiently and at a good price.

Coinlancer has invited new and existing token holders to participate in the airdrop that starts January 24th, 2018 through April 30th, 2018.

Participants who purchase Coinlancer tokens till the 21st of February and hold them till the 30th of April are those eligible to claim the Coinlancer Airdrop 1 Bonus. Those who are already holders are also free to purchase more and hold during the specified time period to claim the bonus as well.

Distribution of tokens will start on the 1st of May, 2018 and run through to the 15th of May, 2018. A total of 3 million Coinlancer Tokens (CL) will be distributed between those eligible for the airdrop as they get a proportion of the number of tokens they held during the campaign period. EOS is a blockchain platform that allows the development of decentralized applications (DAPPS) which is similar to Ethereum in function. It provides a set of services and functions that decentralized apps make use of.

Everipedia, on the other hand, is the first decentralized encyclopedia platform on the EOS blockchain. They have announced a future airdrop of their tokens to EOS holders.

No specific details have been provided about the airdrop but it’s good to know that EOS airdrop is coming soon to its holders. According to CoinMarketCal, the airdrop will take place on 28th February or even before. They have announced there’ll be an airdrop of 20 million ONT tokens distribution to NEO token holders. Snapshot of the airdrop would be taken on the 1st of March, 2018 to know who is qualified for this airdrop.

For every NEO held, a 0.2 ONT token would be airdropped to designated wallets. 0.1 ONT is made available instantly and the other 0.1 ONT would be released at a later stage.

Now you’ve got necessary information for some upcoming free tokens which you can hold for a long time or sell off for some real money.