Markets by TradingView
Home » What is Elastos (ELA)? All You Need to Know

What is Elastos (ELA)? All You Need to Know 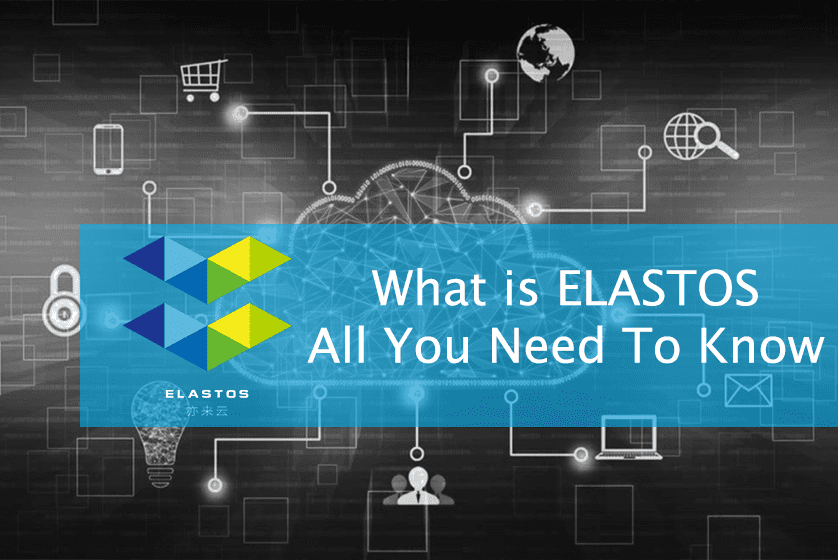 Elastos is the first Internet operating system that wants to create a blockchain-powered decentralized Internet. Elastos also uses the Internet as a layer on which DAPPs and APPs are run.

The project has three different repositories for each segment: Elastos.OS, Elastos.RT and Elastos.NET. Elastos was first established approximately 18 years ago, with its first campaign in 2003 when they created a smartphone from scratch; and the second campaign was in 2012 which involved the design an OS for industrial IOT devices and mobile device. In simpler terms, this decentralized system over the Internet uses blockchain to authenticate the IDS of user, application, as well as machines.

This open- source system has received funding of over 200 million RMB from the Foxconn Group and other industry giants that saw the massive potential of this project.

Its operating system was created to support Elastos DAPPS and to easily connect to its internet protocol, it will run on mobile devices, IOT devices, and Raspberry pi. The team behind the project wants to power devices with its OS mobile and IoT devices. It will utilize the same app interfaces as Android (making it easier for developers to adopt) and it will even directly power android apps.

The system uses the same technology source with Microsoft COM and is somewhat similar to it. The biggest difference is that Elastos chose to be open-source operated.

By powering its own internet through blockchain, it will, digitize assets and contents thus copyrighting them, and prevent hacking, phishing, Malware, and virus infection.

A blockchain-based Internet will create a secure ecosystem in which an automated economy will be able to develop, letting individuals transact without intermediaries and systems that are vulnerable to external threats. Enabled by this digital economy, virtual assets and data will be converted easily into monetary earnings. Their blockchain applies both main and sidechain solutions to help the development of an efficient environment for creating and running decentralized applications. This means that every app can design its own individual sidechains. Elastos provides complete sidechain support, making them easy to use and customizable, so that users can opt for a different consensus method according to their use case.

Elasto’s native token is the ELA. The smallest unit of ELA is a satoshi ELA (SELA), which just like with bitcoin and its own Satoshi, represents one 1000000000th of an ELA.

The total supply of ELAs that will ever be issued is 33 Million, and the total supply of ELA in circulation will increase every year by 4 %. Elastos will be merge mined with bitcoin, with a token to be produced every two minutes. Merge mining involved the process by which an accord is reached on both chains simultaneously. From the newly minted coins, the ELA foundation will take 30%, while the miners take the remaining 70%.

Where Can You Buy ELA?

Founder Chen Rong is a professor of postgraduate modules in Cyber Intelligent Economy and Blockchain at Tsinghua University. Rong also worked at Microsoft from 1992 to 2000. During his employment there, he led the teams of Microsoft Research OS, IE3 ActiveX, Ole Automation, .COM, and .NET. After his departure from Microsoft, Rong started working on the Elastos OS. He started Kortide in 2000, to build Elastos OS from zero. Rong has been a guest of the former Premier of China at the Great Hall of the People, where he was invited to talk about his work on Operating Systems.

The Board Member Han Feng is one of the most well- known blockchain scholars in China, having a solid reputation in the blockchain and crypto community. He introduced the postgraduate modules on Cyber Intelligent Economy and Blockchain at Tsinghua University.

Feng also works as an advisor at the Huawei Research Institute, Alibaba (on blockchain development), and is also a member of the Tencent Talent Pool.

Elastos has been supported by Foxconn, the Chinese Central Government, the Tsinghua University, the founder of Bitmain, Jihan Wu, and the NEO founder, Da Hong Fei.

Ethereum creates reliable computations for blockchain by using smart contracts and executes these contracts automatically. But Ethereum runs on a single main chain structure, which is prone to bottleneck when it comes to computing power even with optimization.

Elastos combines the mainstream computation approach to create ‘the blockchain elastic computation.’ On the blockchain layer, they combine the mainchain structure with sidechain, to balance the load of multiple chains and technical features of flexible extensions.

This makes Elastos able to spread its blockchain service capability to an almost unlimited extent. In addition to this, through its Runtime, blockchain integrity can be transferred to the basic use cases such as mobile devices and PCs. The smart contract makes sure that the digital assets are allocated strictly as stated in the contract content.

Elastos promises a lot and, through its complex, blockchain- powered Internet, it aims to develop a smart economy which will bring forth new technological utilities.