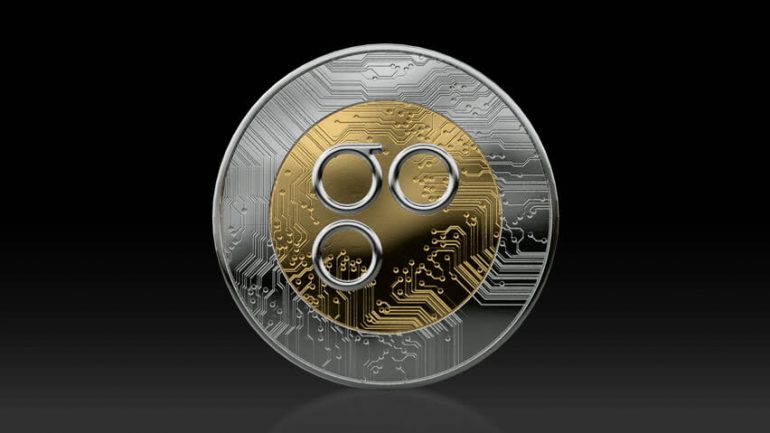 OmiseGo (OMG) is a blockchain project that strives to decentralize payment networks and create an open, public financial system. The platform’s sole goal is to offer a solution to the fundamental coordination problem that lies among payment processors, financial institutions and gateways.

Ever since launch in 2013, Omise has established itself as a leader in Asia’s financial technology space. It boasts one of the largest online payment acceptable solutions in Thailand and South East Asia. The platform uses OMG as its native currency — an ERC-20 token.

Last year OMG became the first Ethereum based token to cross the $1 billion mark in market capitalization but OMG price has since sunk with the rest of the crypto market. It’s currently trading at $3.37 with a market cap of $472 million.

However, there have been positive developments around the project that are promising to restore the token to its former glories. Below we are going to take a look at three recent developments that will push the price of OMG up.

OmiseGo is set to be the first cryptocurrency to implement Plasma on the Ethereum blockchain. It’s something that has many people excited. Recently the project released an update of their progress in development on Plasma, and it seems they are not far off with full implementation.

Plasma is a blockchain scaling solution. It’s the brainchild of Vitalik Buterin and Joseph Poon the lightning Network co-creator.

Simply put, plasma is many blockchains branching off from the parent chain which are all linked to one main blockchain. In the case of OmiseGO, these blockchain branches will be used to perform complex operations, and this will take the load off the main chain.

It will result in faster speeds and lower transaction fees since the main chain doesn’t have to replicate these actions.

OmiseGO started development and testing of Tesuji Plasma in Q1 of this year. So, as we enter Q4, the progress has been steady with the latest update involving Watcher API getting deployed on the internal OmiseGo testnet.

According to a press release posted recently, the Japanese venture capital firm Global Brain has invested an undisclosed amount in Omise Holdings. The investment aims to finance the expansion of Omise in Japan.

Global Brain will also support OmiseGo initiative to develop a financial infrastructure that will host a PayPal like payment system and remittance service, as well as an Ethereum driven decentralized exchange.

The goal for Omise has always been to try and improve the traditional financial infrastructure by using innovative tools as it seeks to expand its services to new territories. In the press release the company states:

“Global expansion is a key growth driver for businesses around the world, yet financial transactions are being processed by legacy platforms built on infrastructures that are not geared to support global commerce needs. As global commerce and population movement grow, the ability to conduct payments anytime and anywhere becomes a necessity.”

It explains why the platform is experiencing increased adoption. As Omise pushes on with its quest for enterprise adoption in Asia, we can expect to see OMG price start to rise.

In September of 2017, McDonalds Thailand struck a partnership with Omise to help streamline the online payment system.

Traffic on both the website and the mobile app was increasing exponentially, and they need an immediate solution.

Fast forward to July this year and seems that McDonald’s has successfully implemented the OmiseGo blockchain ecosystem.

In an interview, published on July 18, Mr. Hester Chew the CEO of McDonald’s Thailand expressed his delight at the results of his company’s partnership with Omise.

“Optimizing the checkout flow on the McThai website and mobile app has been a big focus for us.”

It’s here that Omise has proved its worth.

Mr. Chew lauds Omise for reducing the number of steps required to make payments and also the number of checkout drop-offs. Changes he describes as significant.

The success of such a prominent partnership is massive for OmiseGo and will have a positive implication for OMG price, as similar partnerships are made and launched.

Interested in more research on the future of OMG price? You can read our guide to OMG here.