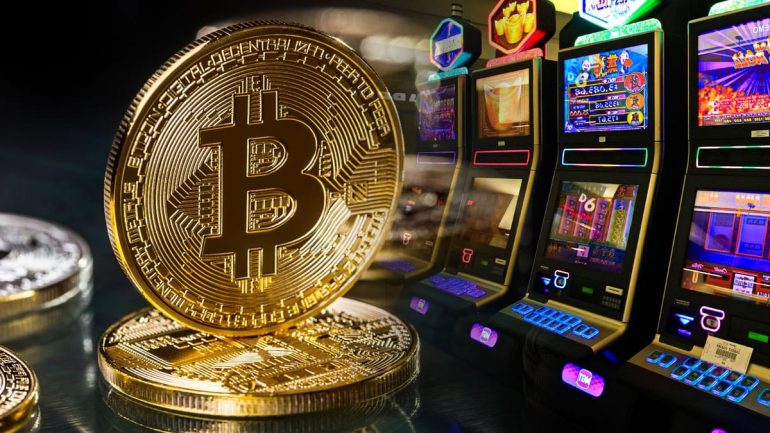 Bitcoin’s appeal as a low-key, efficient, and cheap means of money transmission has finally led to its widespread usage in casinos and their video slots. It’s certainly a hit among operators and online bettors seeking lower chargeback risk, reduced fees and a way to get around legacy payment systems.

With that in mind, here are the 5 best slots you can play with Bitcoin. 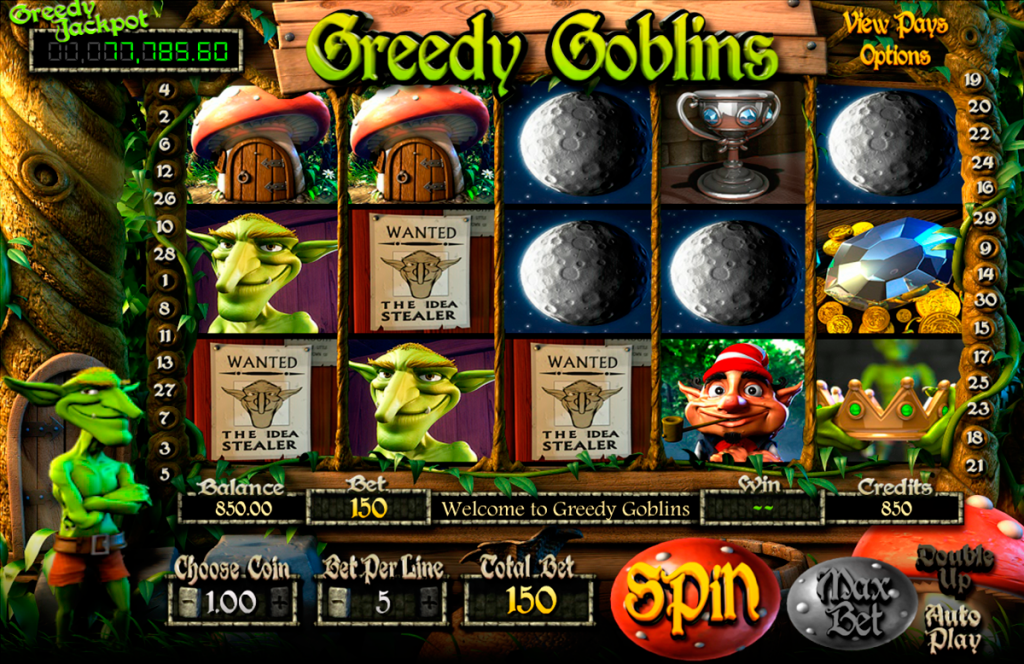 Greedy Goblins by Betsoft Software is one of the most popular online slot games that accepts bitcoins. It’s a 5-reel, 3-row, 30-payline slots game that can be played on both regular computers like PC desktops and notebook laptops as well as mobile devices like tablets and smartphones. This magical forest and monsters adventure game features both free spins and a progressive jackpot.

This online slot has an encouraging RTP rate of 97.2 percent. The game is the sequel to Once Upon a Time, which also features the same goblin villains on a medieval fable or fairy tale setting. Its plot involves a magical forest setting full of the avaricious and covetous titular creatures going up against the brilliant-minded, adorable elves.

If the game proves to be to your tastes, you should have an easy time immersing yourself into its plot, which involves insatiable monsters keeping a watchful eye on every move you make and every win you get. The value of the coins can go from ¢2 to ¢5. You can also bet up to 30 pay lines with 5 coins per line, so the maximum bet spin should cost you $150 or its equivalent value in Bitcoin. That might sound like loads of money, but Greedy Goblins has an ironically huge maximum payout of 1.2 million credits.

4. Book of Pyramids by SoftSwiss 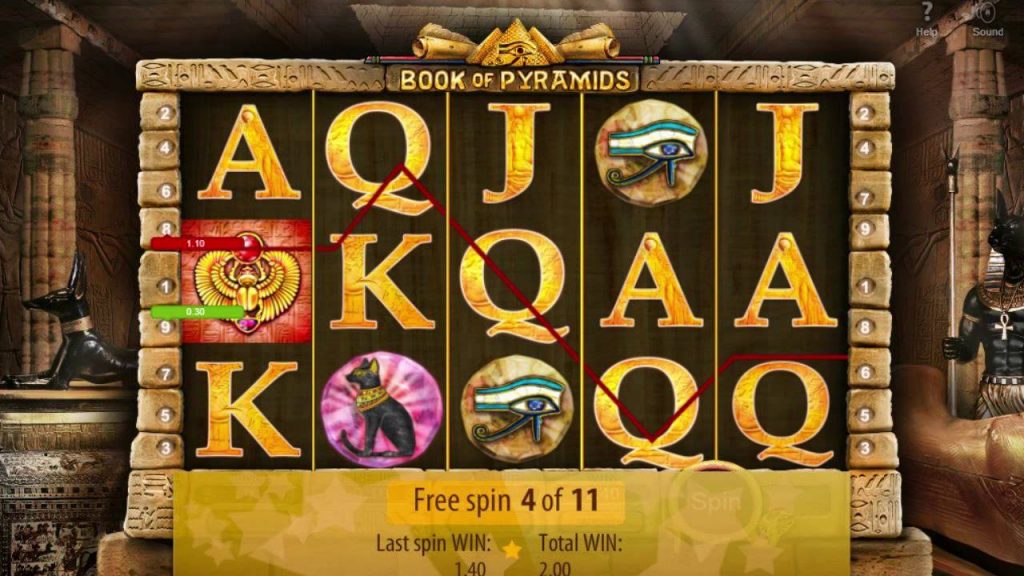 The Book of Pyramids is an online bitcoin slot by SoftSwiss. This 5-reel, 3-row, and 9-payline video slot has an Ancient Egypt theme and offers up to 33 free spins as a bonus. The online slot can be played via desktop computers, tablets and smartphones. This popular Bitcoin slot game has a generous RTP rate of 97.13 percent. Thematically, Book of Pyramids uses one of the oldest themes in the book when it comes to slots.

It doesn’t break new ground in terms of its Egyptian-themed presentation, as seen in its use of Egyptian artifacts and hieroglyphic symbols like pyramids, tombs (with gold playing cards), the Eye of Horus, the Eye of Rah, the Bastet cat, pharaohs, the scarab symbol (for the scatter), the Ankh, and Egyptian headrests. Although the game trudges through a well-beaten path, it’s still fun to play and easy to understand.

Its creators are particular about numerology since all the numbers on the game are quite specific. For example, 3 or more scarabs can activate 11, 22, or 33 free spins. Furthermore, the best paying payout awards you 9,999 times your line bet if you get a 5-of-a-kind line. The second best is at 6,666 times, the third best is 3,333 times, the fourth best is 888 times, and so forth. Finally, the 9-payline slot is able to differentiate itself from other Egyptianesque slot games with its colorful graphics and decoration-rich interface.

3. The Ninja by Endorphina 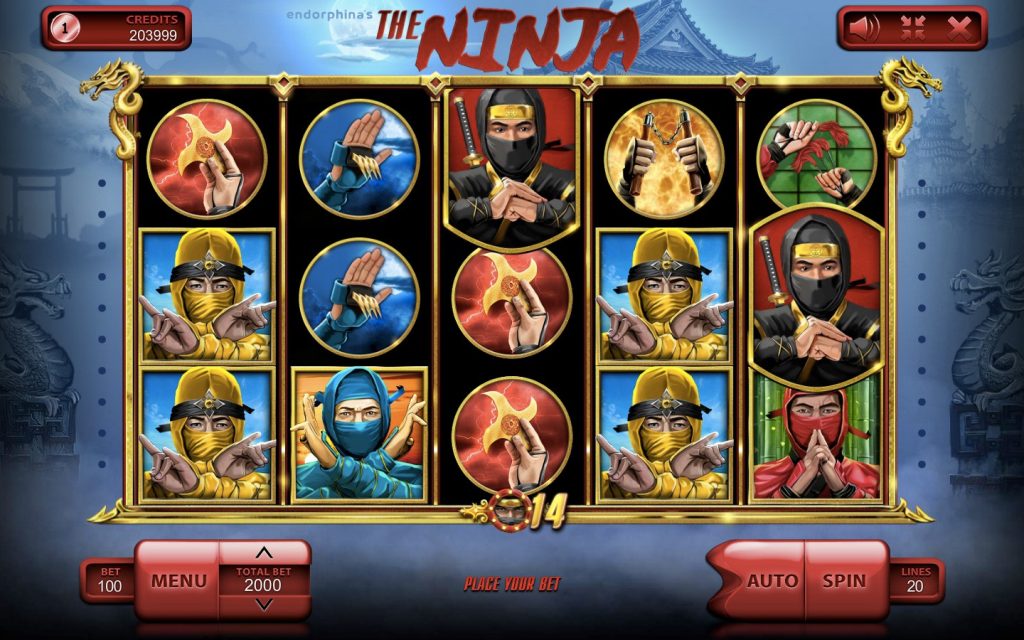 The Ninja by Endorphina is another popular bitcoin friendly online slot. This online slot has a theme involving a ninja battling against a group of modern-day covert agents. The Ninja slot also features free spins and a 3D wild symbol on top of the ability to deposit and withdraw using bitcoins.

The mobile-friendly game is a 5-reel, 3-row, and 20-payline virtual slots machine. It also features a generous 96.13 percent RTP rate. The fascinating world of The Ninja showcases a feared and famous spy who’s so good he has earned the eponymous title as a badge of honor. The immersive and fun online slot game from Endorphina involves loads of thematic stealthy action translated into slots iconography.

In terms of gameplay, it’s filled with free spins and bonuses that are represented by the most beautiful of animations throughout every spin attempt. You’ll feel like a spy gathering loads of intel and gaining hidden money wired to your bank account thanks to the many possibilities of winning cash rewards within the slots. The option to use a cryptocurrency also adds to the game’s mystique. 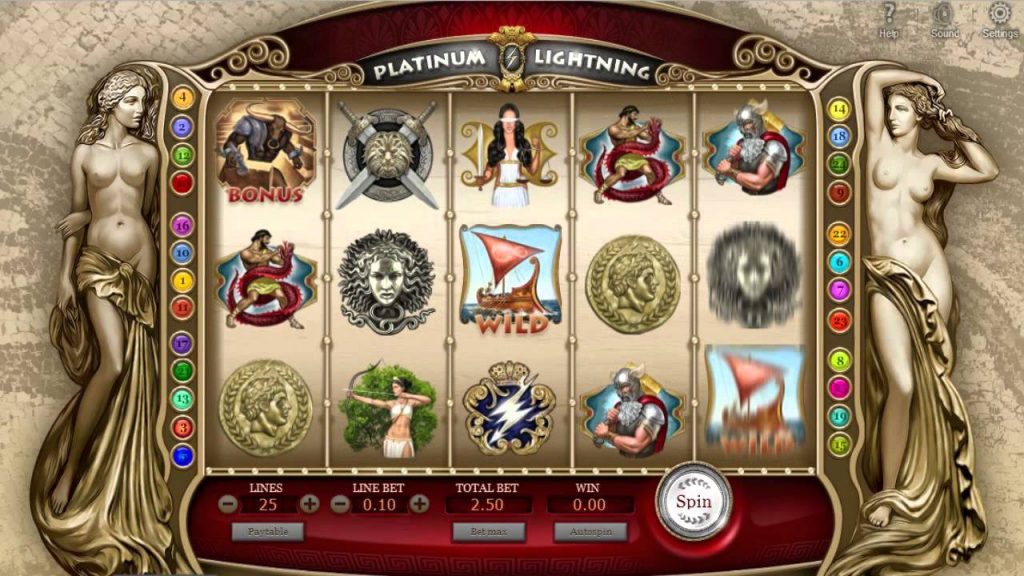 This bitcoin-enabled slots game is another SoftSwiss hit and is called Platinum Lightning. This esoterically themed yet casual-friendly virtual slot machine game is a 5-reel, 3-row, and 25-payline game. In terms of reward opportunities, the game includes gambling rounds, a wild symbol, and loads of bonuses. It has a 96.29 percent RTP rate.

Instead of an Ancient Egypt theme a la the Book of Pyramids, Platinum Lightning has an Ancient Greek Mythology (also Roman Mythology) theme this time around, with a dash of Norse and Scandinavian Mythologies thrown into the mix. This has resulted in a hodgepodge of gods and events, like Thor going face-to-face against Hercules (or Heracles) as well as Zeus (or Jupiter) dealing with Ragnarok and the Titans side-by-side with the All-Father himself, Odin.

Gameplay-wise, Platinum Lightning also has a lot going for it, from reels filled with mythological creatures like the Minotaur serving as the bonus symbol to Zeus Lightning serving as the Scatter of the game, which you can win if you have 3 or more of the lightning symbol anywhere on the reels. The Wild symbol is the ship that substitutes all symbols in the slots except for the Scatter symbol. To set your bets, click on the 3 lines to open the betting panel. 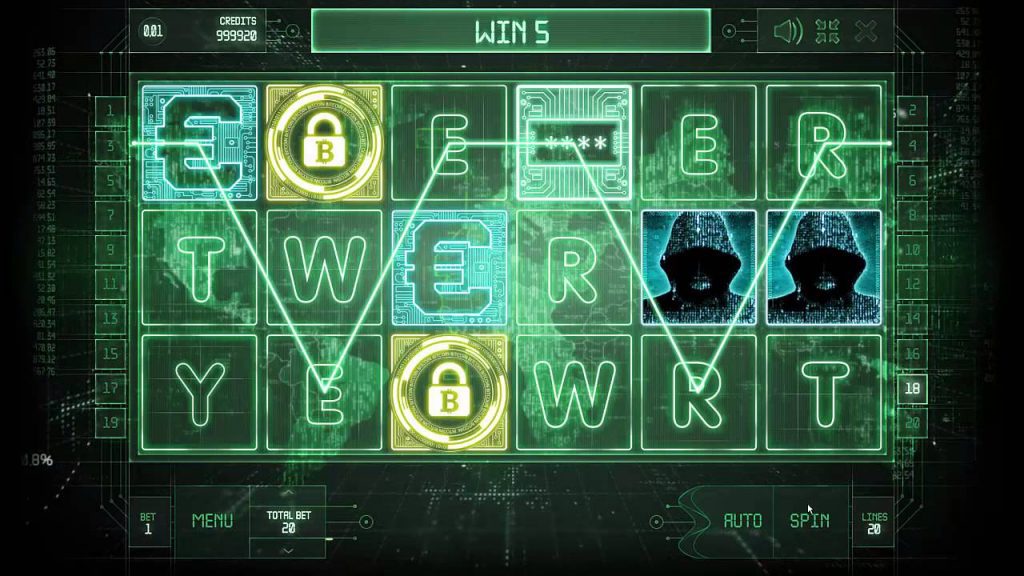 Last on our list of best online slots that you can play with bitcoin is Satoshi’s Secret by Endorphina. Satoshi’s Secret is a 6-reel, 3-row, and 20-payline video slots game that’s both mobile-friendly and Bitcoin-friendly. It is currently one of the most popular Bitcoin slots available because of its meta-fictional theme. In terms of its rewards system, it includes gambling rounds, wild symbols, and quite a number of bonuses. It also offers a flat 96 percent RTP rate.

Even though it has the lowest RTP rate among the games featured on this list, it remains immensely popular because it’s thematically about hacking and literally about bitcoins. It offers symbols and icons like the bitcoin sign, letters of the alphabet, and even the symbol for the hacker character himself. Satoshi’s Secret is apparently about hacking for bitcoin, almost to the point that the slots game appears like an advertisement for the cryptocurrency. Its highest paying symbols include the hacker, the pound currency symbol, the euro currency symbol and the dollar currency symbol.

Its plot involves hackers hacking, social engineering, and phishing for the infamous virtual coin. You can choose between coin sizes and set the number of coins per line. It has a Wilds symbol in the form of a chip that has the word “Wild” written on it and it can substitute for all symbols save for the Bonus Bitcoin Padlock symbol.

Bitcoin is already used widely in many online casinos and has quickly become a primary funding method at many. Adoption seems to be accelerating, and not just for Bitcoin, but numerous other crypto currencies like Bitcoin Cash and Litecoin as well.