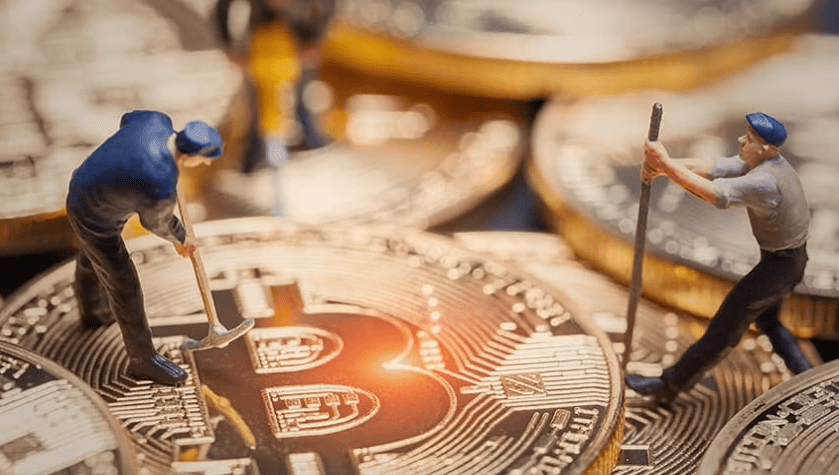 The mix of energy sources powering Bitcoin mining has shifted considerably in the past three years, moving away from coal and hydropower, and towards nuclear energy and natural gas, data from the Cambridge Centre for Alternative Finance (CCAF) shows.

The Cambridge Bitcoin Electricity Consumption Index (CBECI), a metric that shows the estimated electricity consumption of the Bitcoin network in real time, showed that  in January 2022, fossil fuels made up 62% of Bitcoin’s energy mix, with sustainable energy comprising only 38%.

In comparison, natural gas and nuclear energy started gaining ground, snapping up an increasingly larger share of Bitcoin’s energy mix. While the contribution of natural gas swelled from 13% in 2020 to 23% in 2021, nuclear energy more than doubled its share from 4% in 2021 to around 9% in 2022.

The CCAF noted that one of the main factors that altered Bitcoin’s energy mix in the past two years was China’s crypto ban in 2021. The crackdown forced the closure of China-based crypto mining firms and forced them to relocate elsewhere.

As most of these mining firms utilized hydropower to mine Bitcoin, their closure caused a drop in hydropower’s share in Bitcoin’s energy mix. As such, the energy mix veered away from sustainable energy sources and worsened Bitcoin’s environmental impact. Bitcoin is often criticized for its high energy consumption and reliance on fossil fuels to power mining – a fact worsened by China’s crackdown on crypto.

In September 2022, Bitcoin mining released 48 million tons of carbon dioxide equivalent (MTCO2e), representing 0.1% of all greenhouse gas (GHG) emissions across the globe. Analysts estimate that the bulk of these emissions, around 92%, was produced from 2018 onwards.

According to the analysts at Cambridge, the rising contribution of nuclear energy and natural gas was driven by the growing share of mining power in the United States. The U.S. sources most of its energy from natural gas and nuclear energy, accounting for 38% and 19% of the country’s total energy production, respectively.

This also suggests that crypto mining firms are relocating to jurisdictions like the U.S. which, due to their regulatory climate, are more conducive to crypto-related activities.

Another factor that impacts Bitcoin’s energy mix is the dominant energy source used by each region. While countries like Sweden mainly rely on sustainable energy, certain countries like Kazakhstan primarily use fossil fuels to power Bitcoin mining. As such, the energy mix of Bitcoin mining is impacted by how energy is sourced and produced across different regions.

The findings of the Cambridge Digital Assets Programme (CDAP), a multi-year research initiative that studies digital assets and value transfer systems, differed from those of the Bitcoin Mining Council (BMC). The latter found that sustainable sources accounted for 60% of Bitcoin’s energy mix.

However, as Bitfarms chief mining officer Ben Gagnon pointed out, the BMC failed to take into consideration nuclear energy and fossil fuels. When accounted for, fossil fuels most likely contribute 30-40% of the energy mix.

The disparity in these findings most likely arose from differences in data methodologies. While CDAP’s approach looks at the location of Bitcoin mining firms and the energy mix of the region, the BMC merely asked its survey respondents to self-report their energy sources. Hence, more nuanced data is required to fine-tune the study’s findings.

With the crackdown in China and the relocation of mining firms to the U.S., the impact of regulators on Bitcoin’s energy mix – and thus, its environmental footprint – cannot be ignored. On the other hand, each region directly affects Bitcoin’s energy mix, with some countries relying heavily on fossil fuels and nuclear energy, while others utilize sustainable sources like hydropower.

Moving forward, the energy mix and overall impact of Bitcoin’s mining operations will hinge on how mining-intensive regions produce their energy and the policies set by regulators