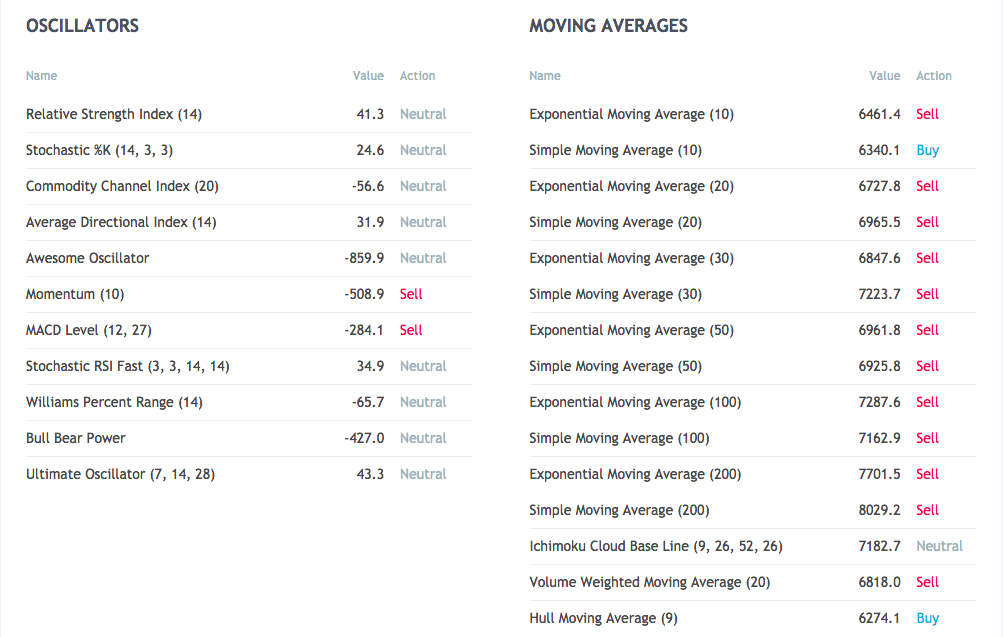 The good news is that we’re now seeing consolidation around $6400; where had a big drop down below $6000 two days ago and then a big up near $6500, the 24 hour prices have tightened around where are now. We’ve seen another 2%+ day, with some altcoins making double digit growth moves. A string of good news on the crypto front today as prices are coming back. We should expect a correction from today’s bounce as well.

And just to stay leveled despite two days of growth, we’re seeing ‘Strong Sell’ from moving indicators; so we may have some ways to go. 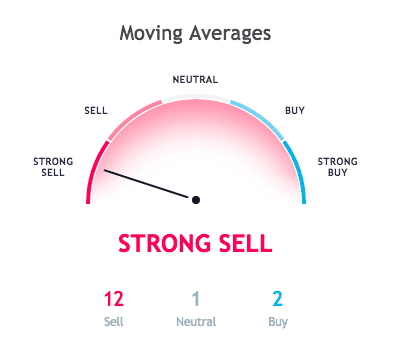 Our first chart is from user goldbug1 with a LONG suggestion:

And another LONG chart from user ForecastCity: