Markets by TradingView
Home » How to Use and Pay with Bitcoin? (Step-by-Step)

How to Use and Pay with Bitcoin? (Step-by-Step)

Most of the attention bitcoin has received, is in the context of a lucrative investment opportunity. Whether its mainstream media or the blogosphere, all you hear about is the potential to make money from bitcoins.

And, I am not trying to take the contrarian stance here. Far from it. I myself was attracted to cryptocurrencies due to its enormous potential for gains. But the fact is, bitcoin is a currency first and foremost. Just like any other currency, it offers a lucrative opportunity for capital gains. The only difference is that its potential for gains is much greater than, say, USD CAD or USD AUD.

So in this article, I thought I should talk a bit about how to use bitcoin and more importantly how to pay with bitcoin.

A video by CNN about bricks-and-mortar businesses accepting bitcoin

How to Use Bitcoin

Let’s go over some of the basics of how to use bitcoin. We will discuss general uses such as finding your wallet address, how to send bitcoin and so on.

1) Get a Bitcoin Wallet

Blockchain wallet app, as simple as it can get

In order to use bitcoin, the first thing you need is a bitcoin wallet. A wallet allows you to hold, send or receive bitcoins. Without a wallet, you cannot use bitcoins. If you need help understanding bitcoin wallets, you can learn more about that here. Also, you can find out about the best wallets we know and trust.

After you’ve got a wallet, you will obviously have to fund it in order to be able to use it to pay for stuff. If you don’t have any bitcoins, you will have to buy some. There are a number of exchanges where you can buy bitcoins. Buying bitcoins is a simple process, but if you need help, you can refer to our extremely simple guide for buying bitcoins.

Check out the video and see how simple it is to use bitcoins, you just enter the wallet address and the amount you wish to send

Once you have their address, you can simply send bitcoins by clicking on the “send” tab, which will ask you for the recipient’s address. It will also ask you to enter the number of bitcoins you wish to send.

It can take a few minutes for the recipient to see if the payment has been made. Depending on the state of the network, it can take at least 10 minutes or more for the first confirmation. It takes 6 confirmations for a transaction to be permanent.

Lastly, depending on the wallet you’re using, you can change the transaction fee. Most wallets allow you to switch between regular and priority. Regular transactions take on average between 3 to 5 hours. Priority transaction will cost a bit extra but the transaction should be processed in 60 minutes at the earliest. 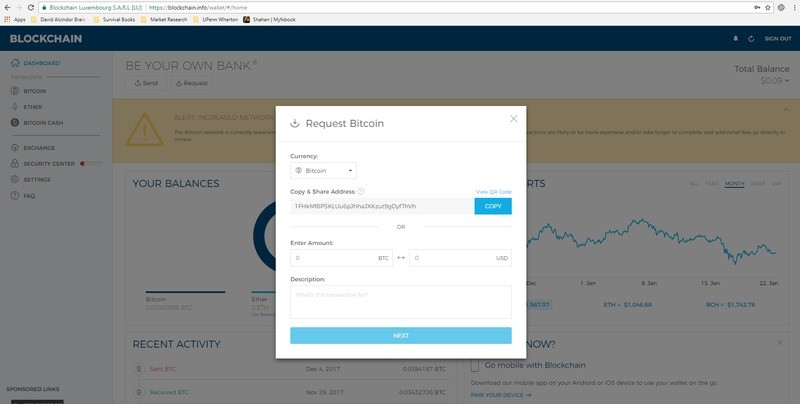 It is important to remember that the transaction must have at least 1 confirmation to be valid and 6 confirmations to be permanent and irreversible.

How to Pay with Bitcoin 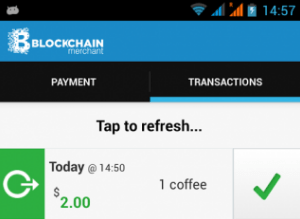 As you can see, sending or receiving bitcoins is very easy. The same principle applies if you’re trying to make a purchase using bitcoins. The way bitcoin payments work may seem a little strange at first. This is mostly because we’re used to giving out our personal information in order to make online payments.

For example, if you’re trying to buy something on Amazon, you will have to supply the company with your credit card information, your name, and some other relevant information. The company then uses the information to charge us. The entire process is based on trust, meaning you are trusting the company will not charge more than the agreed amount.

In the case of bitcoins, you don’t have to provide the seller with any of your personal information. Instead, the company will give you their wallet address and wait for you to make the payment to their wallet.Once the transaction has 6 confirmations, the company will consider the purchase complete. Although this is not the rule, most companies prefer to wait for all 6 confirmations for security purposes. 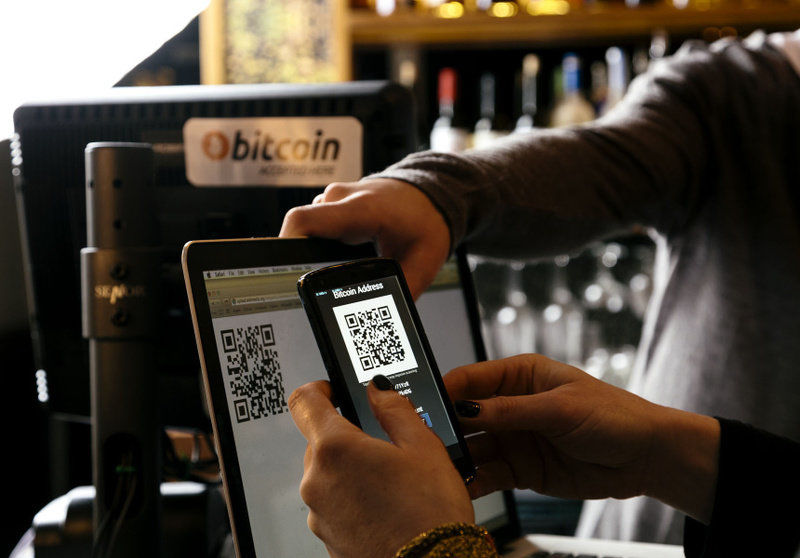 Did you know you can pay with bitcoins at bricks-and-mortar stores as well, pretty cool right?

Bitcoin payments are not restricted to online purchases. There are a number of bricks-and-mortar shops that have started to accept bitcoin payments. If you find a shop that accepts bitcoin payments, all you have to do is scan the QR code using a wallet app and confirm the transaction.

The process is as simple as using a credit card. Instead of handing over your credit card, you scan a QR code printed on a receipt, which will automatically enter the wallet address and the amount of money. All you have to do is confirm the transaction and you are good to go.

A Few Disadvantages of Paying with Bitcoin

Bitcoin has a lot of advantages over conventional forms of payment methods. However, it is far from perfect. Using bitcoins as a mode of payment has its own unique downsides. Let’s look at some of the disadvantages of using bitcoins.

Just look at the chart, it’s getting a bit expensive isn’t it?

Unlike credit cards or PayPal, bitcoin does not have fixed transaction fees. Just like the price of bitcoins, transaction fees are also determined based on demand and supply. The number of transactions that can take place at a time is limited. So in order to get your transaction confirmed faster, you have to pay more to get priority.

The recent increase in the volume of bitcoin transaction has led to an explosion in the cost of transactions. At the peak in Dec of 2017, you would have had to pay around $25 to get your transaction confirmed, which is exorbitantly expensive.

The variable nature of the transaction cost is one of the major disadvantages of using bitcoins. It is something the bitcoin community is working to fix, but right now we are forced to deal with substantial fees, which can make small purchases quite uneconomical.

Another major downside of using bitcoins is the time it takes to confirm a transaction. Most conventional payment mechanisms offer instant transactions. However, bitcoin requires 6 confirmations to fully complete a transaction, which can take at least an hour or more depending on the transaction fee.

Returning of Goods and Refunds

Another downside of using bitcoin for payment is that most goods are priced in dollars and the price of bitcoins is constantly in flux, significantly changing from day-to-day. Let’s say, you paid 1 bitcoin worth $1,000 and are entitled to a refund of $1,000 at a later date. The problem is, a bitcoin might be worth $2,000.

The company would naturally want to refund you the $1,000, which was the agreed upon price. However, they would end up profiting at the customer’s expense. Thus, creating a potential for conflict.

In order to avoid such situations, most companies don’t offer cash refunds for bitcoin payments. For example, Overstock only offers company credit instead of cash refunds or in the case of damaged goods, it offers to replace the item.

The following is a list of well-known companies that have started accepting bitcoins as a form of payment. It is not a complete list by any means, instead, it will give you an idea of how quickly bitcoin is creeping into the mainstream as a legitimate of payment.

As you can there, bitcoin is anything but perfect. It has its own unique advantages and disadvantages. But the thing is, bitcoin is a new technology and it is constantly improving with time. However, even before some of these issues are resolved, bitcoin is still an extremely convenient way to transfer money and make purchases.

Hopefully, you should now be able to use and pay with bitcoin. If you liked my article and found it helpful, you should consider checking out some of the other articles I’ve written. Every article that I write is intended to provide you with practical information and help you better understand and use cryptocurrencies.