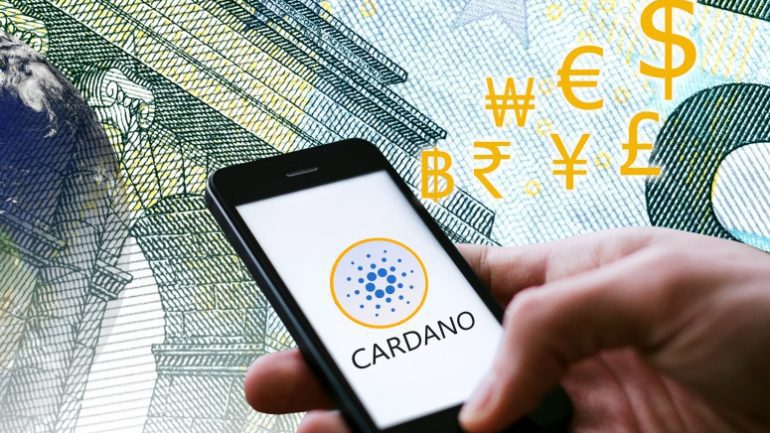 The cryptocurrency market may have the possibility to enjoy a new stablecoin. This time, the team behind Cardano (ADA) could be working on a new virtual currency that could be “truly decentralized.” The information was released by Charles Hoskinson, the founder of Cardano and co-founder of Ethereum, on Twitter.

Cardano Could Be Working On A Stablecoin

According to a recent tweet published by Weiss Crypto Ratings, one of the most popular crypto rating companies in the market, the Cardano team could be working on a version of DAI based on the Cardano network. At the moment, DAI is the only trustless stablecoin in the crypto market, but an additional digital asset could help increase competition in the industry.

As Weiss Crypto Ratings explained, these kinds of stablecoins do not have a central point of failure as other virtual currencies could have. This is certainly important because it shows an improvement over other solutions such as Tether (USDT) or USD Coin (USDC), among others.

Meanwhile, Charles Hoskinson decided to answer to Weiss Crypto Ratings tweet. He mentioned that they have been thinking about solutions related to stable virtual currencies for the last seven years.

On the matter, Charles Hoskinson said:

“If we do this, then it will blow everyone out of the water. I started in this space with stablecoins and we’ve been thinking about them for seven years.”

If we do this, then it will blow everyone out of the water. I started in this space with stablecoins and we've been thinking about them for seven years https://t.co/t4FGxW7cLk

This could certainly be very useful for Cardano (ADA) holders that want to see their investments grow. Indeed, a user asked Hoskinson about it and he answered that ADA could be part of its Central Bank mechanism and creating demand for this asset. That means that ADA could be used in the future to support the functionalities of this new stablecoin.

At the moment, this remains as a desire rather than as a project with a clear timetable. At the time of writing this article, the largest stablecoin is USDT followed by USDC. USDT has been affected by a large number of controversies related to the funds it uses to back the USDT they release to the market.

Cardano continues to expand in the crypto space. The virtual currency is now the 11th largest and it has experienced a price increase of 11.38% in the last 24 hours. Currently, each ADA coin can be purchased for $0.06647.