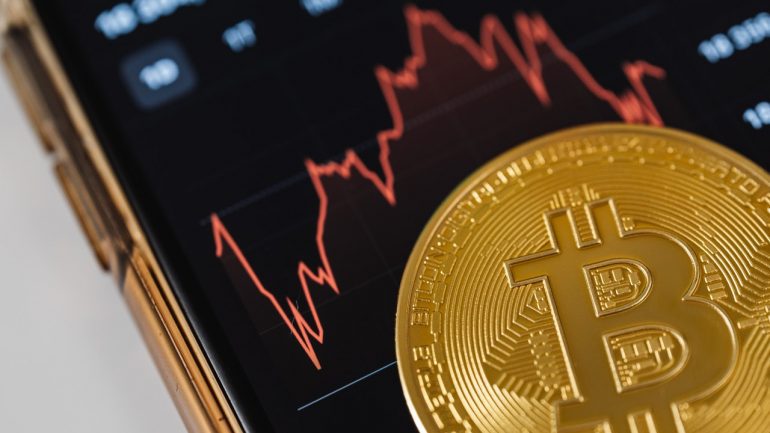 For investors that consider that Bitcoin (BTC) could move downwards, there is a way to profit from it: short selling Bitcoin. But how to short Bitcoin? There are numerous platforms that would offer you the necessary tools to short sell Bitcoin.

In this guide, we share with you all the details on how to short sell Bitcoin. This includes information about the venues that are currently available and how to handle a Bitcoin short position, among other things.

Before we start with the guide, remember this is not investment advice. All the information shared by UseTheBitcoin and its writers is for educational purposes only. Cryptocurrencies are highly volatile and speculative assets.

What Does it Mean to Short Bitcoin?

If you have heard about the term “bitcoin short selling” you might be wondering what this term means. And this is a fair question. We are used to handling virtual currencies and Bitcoin through the spot market.

The spot market makes reference to trading activities in which you buy and sell the asset and the settlement occurs immediately after the order gets executed. That means that if you buy Bitcoin you receive your coins and the seller receives the funds you pay to execute the trade. Everything happens seamlessly and the settlement takes place immediately.

When trading in the spot market, we want to profit with a price increase. We buy Bitcoin when the price is low and we sell when the price moves higher. This is how traders think and operate in the market. Moreover, if you want to trade against the price of Bitcoin moving higher, you should use a margin account rather than a spot account on an exchange.

So how do I short Bitcoin?

When shorting Bitcoin, the goal is to sell BTC at a high price, let’s say at $50,000, and purchase it again at a lower price, for example at $40,000. As you can see, in order to short Bitcoin, you should own the asset beforehand. This is why it becomes difficult for people to short Bitcoin if they don’t hold it before.

Most of the platforms available in the market right now let you short Bitcoin by using leverage. In this way, you can borrow BTC and sell them to make a profit. Remember that you would also have to give the funds back plus interest.

How to Short Bitcoin?

Now that we know what Bitcoin shorting is, we could answer the question: how do you short Bitcoin? The first thing you need to do is to open an account in one of the exchanges that allow you to trade and short Bitcoin. Some of them include Binance, BitMex and Kraken, among others.

If you have an account in any of these exchanges, then it will be easier for you to short Bitcoin. You will be able to borrow funds from the exchange and open a Bitcoin short position. In some cases, you can use leverage to increase your exposure to a specific trade, however, this is not recommended for new traders or people without experience.

Let’s give a clear example of how to short Bitcoin.

Investor A wants to short Bitcoin because he analysed the market and considers that the price of BTC is expected to correct in the coming days or weeks. Due to this reason, he borrowed BTC from another trader (this can be done inside the trading platform you use) and sell them in the market.

It is worth pointing out that he would have to also pay a small fee for keeping the position open for some days (which will be then paid to the lender).

What is Margin Trading?

Margin trading is a practice by which an investor uses borrowed funds from another investor or a crypto exchange in order to get exposure to a determined asset. The margin is the collateral that the investor has to deposit in order to request a loan to trade in the market.

The borrowed funds can be used to open a short position or to trade with leverage. If the investor wants to short a cryptocurrency, it would have to prove that it has enough money to repay the loan in case the market would move on the contrary direction.

Most of the cryptocurrency exchanges in the market nowadays allow users to trade with margin. This is also a key definition to understand how to short Bitcoin. In general, users that want to trade with margin should use their margin accounts rather than the spot market. This is why we made the difference between spot trading and margin trading at the beginning of this article.

When we talk about margin trading, you should also know what isolated margin and cross margin mean. These are two definitions given to the way in which you trade with margin. For example, cross margin makes reference to the margin balance you have and how it works preventing all open positions to be liquidated.

Instead, if you use isolated margin, the collateral you have will only be used to keep just one position open. This would not avoid other positions to get liquidated if their collateral is not enough to keep it open.

Where Can I Short Bitcoin?

As we previously mentioned, there are different ways on how to short Bitcoin. This can be done on a wide range of platforms that are widely available for investors all over the world. Some of these exchanges have better features than others and some of them support different payment methods.

It is up to you to decide which of these exchanges you use to short Bitcoin. There is no platform that behaves better than all the others. You would have to personally analyse each of them to understand which one offers you the best options and solutions.

Can you short sell Bitcoin using the Binance exchange? Yes, you can. Binance is one of the most used cryptocurrency platforms all over the world. It has been released in 2017 and since that moment it has been expanding.

The exchange has several features that make it certainly attractive for users from all over the world. You will be able not only to buy and sell Bitcoin but also trade hundreds of pairs that include stablecoins, major cryptocurrencies and smaller tokens.

Over the last years, Binance has been adding various solutions for traders. One of these things includes shorting Bitcoin. So if you are asking yourself ‘how can I short Bitcoin?’ Binance has clearly an answer.

Creating an account on Binance takes just a few minutes, including the KYC process. Nowadays, most platforms require you to pass KYC controls. You can short Bitcoin on the Binance platform using different options: margin trading, futures trading or through the Binance leveraged tokens.

You can access all these options through the main menu. If you are planning to use Binance, you should know what isolated margin means, what cross margin mode is and how futures trading works. Be cautious with the leverage you use and pay attention to your collateral to avoid being liquidated.

Using Binance would give you an advantage over other platforms, it has some of the most useful services for crypto users. Thus, this could be a great way to learn how to short Bitcoin.

Let’s now move to BitMex, one of the oldest platforms that allowed traders to short Bitcoin. The question is: can you sell Bitcoin short? Through BitMex you would not only be able to short BTC but also many other virtual currencies. This is because BitMex is one of the oldest platforms in the market and it has been offering some of the most advanced solutions to professional and larger traders.

Then you would have the option to start shorting Bitcoin. The platform offers up to 100x leverage with only Bitcoin as collateral. Furthermore, BitMex operates with perpetual contracts in order to get access to the crypto market.

Compared to other platforms, BitMex has one of the lowest fees in the market, making it possible for scalpers to profit from intraday price fluctuations. Furthermore, they include a wide range of advanced orders for professional traders that would like to execute more precise traders.

Finally, the trading engine works very well, in general. Despite that, there have been some complaints about this part of the exchange. Remember that when you short Bitcoin, you should also use a stop-loss order to avoid losing large amounts of money.

Kraken is another recognized and useful platform that would let us short Bitcoin. Indeed, if you do not know how to short Bitcoin, Kraken would make it very easy for you thanks to its clear instructions and user interface.

If you want to open a short position on margin, then you should simply select the trading pair and open it. However, you should also take into account that you must return the amount of the margin to the exchange plus fees.

The platform is very intuitive to use and it makes it possible for traders to also get access to numerous virtual currencies from all over the world. One of the main advantages of Kraken is related to the large number of payment methods accepted, showing the platform is working in order to onboard as many clients as possible.

If you need instructions on how to short Bitcoin, Kraken has created the necessary manuals for you to check them and follow in case you need help. Additionally, they have a “chat” option activated for customers that would require help opening, closing and understanding short positions on this platform.

What is a Bitcoin Short Squeeze?

As the crypto market reached millions of investors from all around the world, new terms become available. Some of the questions that we received from users include “how to short Bitcoin?”, but also “what is a Bitcoin short squeeze?”

If you are learning how to short Bitcoin, then you should also know what a Bitcoin short squeeze is and why you should pay attention to it.

A short squeeze is a situation in which the market liquidates shorts positions that were opened by traders due to a fast move upwards. Let’s use an example to keep things clear.

Let’s say that Investor A borrowed 1 BTC for $50,000 and opened a short position at this price. Rather than moving downwards, the price of the virtual currency starts moving higher, reaching $60,000. In this example, two things could have happened.

A short squeeze usually happens when there is a large number of short-sellers in the market and the asset fastly moves upward, triggering stop-losses and liquidating positions. This is certainly a negative thing for investors that were using leverage to trade.