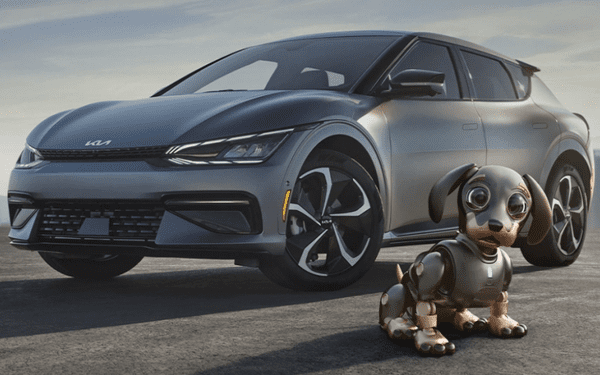 The growth of the non-fungible tokens or NFTs industry highlights the potential for innovation and possibilities in the digital world. Kia Motors, a leading global automaker, has launched its first NFTs that aim to raise funds for charitable causes. Its first NFT campaign is based on Robo Dog, an adorable robot puppy featured in the Superbowl commercial that received lots of positive feedback.

Kia Motors is a leading global automaker known for producing high-quality vehicles. Kia launched its first NFT campaign based on Robo Dog, an adorable robot puppy, chasing after the Kia EV6, which was featured in its Super Bowl commercial back in February this year.

Kia Motors’ United States division noticed a spike in pet adoptions during the height of the Covid-19 pandemic, the company took notice and embarked on an NFT program that carried efforts to extend funding. It aims to raise funds to cover the adoption costs for 22,000 pets in need of loving homes.

Kia partnered with The Petfinder Foundation, a nonprofit organization that works with pet shelters and adoption groups throughout the US. Kia donated $500,000 to support this cause plus the  $100,000 proceeds from auctioning off thousands of robotic puppy-themed non-fungible tokens. The Kia initiative has proved a success and 22,422 animals in the US have now been adopted.

Kia America’s Vice President of Marketing, Russell Wager, said that Kia is dedicated to giving back and that their efforts to help more than 22,000 shelter animals are proof that programs like this work and improve local communities.

Toni Morgan, Executive Director of The Petfinder Foundation, said they are honored to partner with Kia America and their generous donation helped countless animals find loving homes in 2022.

In February Kia created a series of NFTs based on Robo Dog. The first 10,000 NFTs were free, but the company also created an additional 10,000 generative NFTs that can be purchased for $20.22 each. To make the NFT more desirable or tradable later on, each NFT dog has information on its breed, size, age, coat length, gender, and other traits.

The 90 percent of sales proceeds are going to benefit The Petfinder Foundation. Furthermore, a 10% royalty was written into the smart contract on the Tezos blockchain, so whenever a Robo Dog NFT across the series was resold on a participating secondary market, the foundation will benefit again. The six-figure fundraiser also included a series of more expensive and rare NFTs.