Markets by TradingView
Home » Litecoin Halving Explained: What Is It And How Could It Affect Its Price?

Litecoin Halving Explained: What Is It And How Could It Affect Its Price? 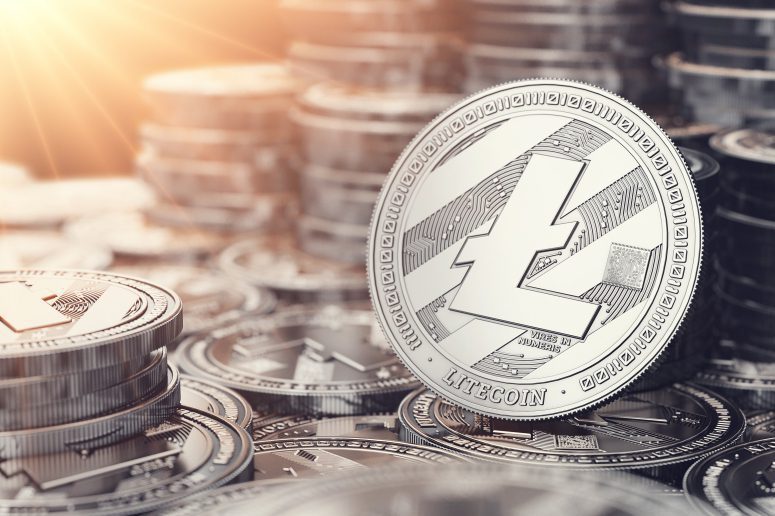 Litecoin (LTC), one of the oldest and most popular cryptocurrencies in the market is going to be experiencing its second halving on August 5. Many analysts and reports are talking about it, but what does halving mean? How can this affect Litecoin price? How often do halving events take place? These and more questions are going to be answered in this article.

There are different virtual currencies in the market that operate with different consensus algorithms. One of them is known as Proof-of-Work (PoW), also made popular by Bitcoin (BTC). PoW networks such as BTC and LTC, require miners to process the transactions of the network by providing mining power.

This is achieved with hardware devices that consume large amounts of energy and that maintain the network secure. By confirming the transactions are real and have not been altered, miners earn rewards for their energy consumption and time required to mine these digital assets.

In this case, Litecoin miners receive 25 LTC coins per block, compared to BTC miners that receive 12.5 BTC per block. Every 840,000 blocks on the Litecoin network and 210,000 on the Bitcoin blockchain, the rewards for miners get reduced by half. That means that in the next halving that Litecoin is going to experience, miners will be rewarded with 12.5 LTC every 2.5 minutes. Bitcoin miners will be rewarded 6.25 BTC every 10 minutes, considering Litecoin block times are four times faster than Bitcoin’s blocks.

Is Litecoin Price Going To Be Affected?

Bitcoin and Litecoin are currencies with an inflationary scheme that gets reduced every four years. Litecoin inflation is going to be reduced from 8.72% per year to 4.26% per year, closer to what central banks around the world normally establish as a “healthy inflation rate” for their economies.

Cryptocurrencies are different. There is a clear limited supply that cannot be changed, creating certainty about what is going to happen and how inflation rates are going to evolve. With a lower issuance of LTC per month, it will be much easier for the market to absorb the new printed LTC. That could have a very positive effect on the price.

As virtual currencies expand, the demand for them increases. During the last years, there has been a growing demand from larger investors and institutions, compared to previous years when digital currencies were mainly traded by retail investors. Interest for Litecoin is expected to grow as well, but a lower issuance of LTC could eventually affect the price of the fourth-largest cryptocurrency.

Bitcoin has already experienced several halvings, in 2012 and 2016. The next halving is expected to take place in May next year. Before and after these two halvings, the price of the popular digital asset followed a positive trend.

There is a difference with Litecoin. The digital currency was released to the market just in 2011, which means that the cryptocurrency will be experiencing its second halving event rather than the third. Thus, evaluating the impact on the asset turns out to be more difficult than with Bitcoin. Despite that, Litecoin is expected to behave in a similar way to Bitcoin, even when LTC didn’t perform well after the first halving experience in 2015.

On August 25, 2015, Litecoin experienced its first halving event in which miners started receiving 25 LTC rather than 50 LTC as it was since 2011. The charts show that the digital asset had a price of 306% one month before the halving, which was certainly driven by the fact that the market was excited about this event.

Nonetheless, euphoria ended in just a few weeks and Litecoin’s price remained unchanged for over 1 year, being traded around $2.73 and $4.7 with a short period in which LTC surged above that level and hit $5.7.

This year, we can see that Litecoin started a bull run in December 2018, after a bear market that lasted for a year. Since it bottomed, Litecoin already grew 550%, which suggests that the halving has already been priced. The price action that we have seen in these six months is similar to the one that the price followed in 2015 when it surged over 600% from $1.18 to $8.79.

Although PoW currencies tend to behave with a lower correlation to other digital assets when they experience a halving, Litecoin is expected to behave somehow in line with the whole crypto market. That means that, to a lower extent, bullishness or bearishness in the space will have an impact on the digital currency before and after the halving event on August 5.

At UseTheBitcoin we have written an article about Litecoin price prediction that was made taking into account different events, including the upcoming halving.

At the time of writing, we are 11 days away from the halving event. Litecoin has a price of $95.55 and a market capitalization of over $6 billion, according to data provided by CoinMarketCap.

At the moment, 14,400 LTC are generated per day, and the number of new LTC is going to be reduced to 7,200 with approximately 576 blocks generated each day.

Litecoin hash rate has also reached new all-time highs a few days ago with around 300 GH/s. This is why difficulty for mining Litecoin has also increased substantially reaching new records. Although miners seem to be bullish about the future of the network, it is clear that they will be less profitable after the halving.

During an interview with Mickey on July 10, Charlie Lee, the founder of Litecoin mentioned that there will be some implications for Litecoin’s mining ecosystem.

“When the mining rewards get cut in half, some miners will not be profitable and they will shut off their machine. If a big percentage does that, then blocks will slow down for some time. For litecoin it’s three and a half days before the next change [in difficulty], so possibly like seven days of slower blocks, and then after that, the difficulty will readjust and everything will be fine.”

It is possible to start mining Litecoin by purchasing the necessary equipment and connecting to a mining pool that would offer good services in the jurisdiction the miner is located. Another way to have access to Litecoin is by purchasing it. At UseTheBitcoin we have written which are the top 5 ways to buy Litecoin this year.

Litecoin is going to be halving on August 5. This is one of the most important events experienced by a PoW network. According to what we have analyzed, the market seems to have already priced the halving, which coincided with the recovery in the cryptocurrency space.

Miners seem not to be worried about the reward reduction, which is somehow bullish considering they expect the price to grow. If this does not happen, there will be a short period in which there will be an exodus of miners from the network. Once difficulty adjusts, things should come back to normal.

In the long term, a halving is always positive for the price of the virtual currency. With a lower issuance of LTC but a higher demand for the cryptocurrency, if there is a bull market, the price of the digital asset is expected to grow.