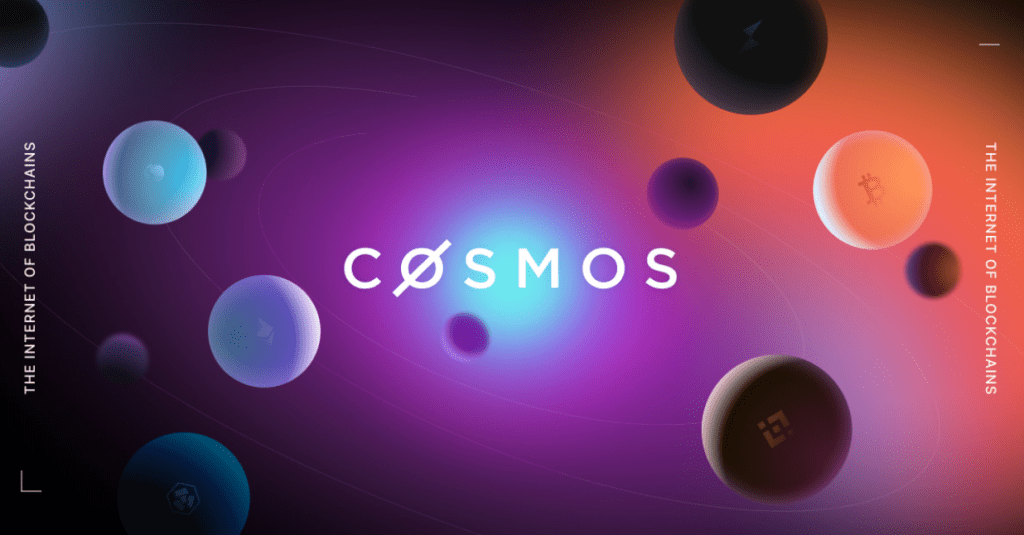 The Cosmos blockchain ecosystem, popularly known by its native currency ATOM, has been one of the outliers in the cryptocurrency world, maintaining its price range for long periods as other altcoins faltered along the way. Despite dropping 60% from its 2022 starting price of $32, the cryptocurrency witnessed a period of growth earlier in the year as Bitcoin, Ethereum and other cryptos dropped -most altcoins currently having dropped over 90% in the same time period.

This shows a consistent belief in the ecosystem, which frankly offers more utility than the rest of the altcoins.

In this piece, we focus on the growth of the ecosystem, currently with over 260 decentralized applications (DApps) and services built on it and the top applications on the blockchain. But, let’s first understand what Cosmos is and what it offers.

What is Cosmos blockchain ecosystem?

The growth of DApps on Cosmos has been hastened due to the fact that it offers smaller blockchains and teams an easier route to build and manage their communities via the Inter-Blockchain Communication (IBC) protocol launched in April 2021. Additionally, the blockchain ecosystem introduced the Cosmos Software Development Kit (SDK) allowing non-coders and coders alike to build within the ecosystem.

The top decentralized applications on the Cosmos blockchain

Cosmos is one of the fastest-growing blockchain ecosystems today with over 260 DApps and services currently built on it. The ecosystem has a vast selection of applications from different fields including finance, infrastructure, games, social, decentralized exchanges, enterprise, marketplaces, privacy protocols, smart contracts, etc.

Here, we will focus on the top five fastest-growing decentralized applications and services on the Cosmos blockchain ecosystem.

In March 2022, Fetch.ai came to the limelight as it announced a $150 million ecosystem development fund with an aim to further integrate the project into the Cosmos ecosystem and boost its marketing campaigns. The platform’s token quickly shot up 43% in less than two days, despite the crippling crypto market. Fetch.ai was here, and here to stay!

The Fetch.ai ecosystem is split into the application ecosystem and its mobile app. The blockchain’s application ecosystem offers easy-to-use tooling for developing Decentralized Apps (DApps) with token and liquidity management frameworks. This enables the developers to focus on building and monetizing their DApps without any fuss.

The mobile application allows users to easily connect to their local communities through their favourite experiences. This helps them build local communities for unique content, increasing engagement and ideas within their ecosystems.

Anchor Protocol is next on our list. The decentralized financial management platform offers users a savings platform with better, more stable, and more attractive yields powered by staking returns from multiple Proof of Stake blockchains.

Additionally, Anchor offers easier integrations within other protocols via its open-source savings-as-a-service SDK. The SDK can be integrated by anyone by simply coding 10 lines of code to any serviced application holding users’ balances.

Finally, anyone around the world can save on Anchor Protocol. The protocol has no minimum deposits, account freezes, or signup requirements.

Currently revered as the largest competitor to Chainlink’s decentralized oracle dominance, Band Protocol also makes it to our list. Band Protocol’s BandChain is a high-performance blockchain built for data oracles. The protocol is based on Cosmos’ state-of-the-art SDK. It allows efficient, flexible, and scalable data queries, both on-chain and off-chain and secures them through cryptographic proofs.

One of the biggest additions to the Cosmos ecosystem is the OKEX Chain. Known for its association with the global crypto exchange, OKEX, the OKEX Chain is a secure and programmable smart contracts platform that allows developers to build for the next generation of Web 3 apps and services including DeFi, GameFi, Metaverses, etc.

Lastly, Cosmos-built ixo Protocol is focusing on the social impact of blockchain across the globe today. The protocol defines a new standard for making “verifiable impact claims” about how people and organizations are positively impacting the world around them using its high-definition data as evidence.