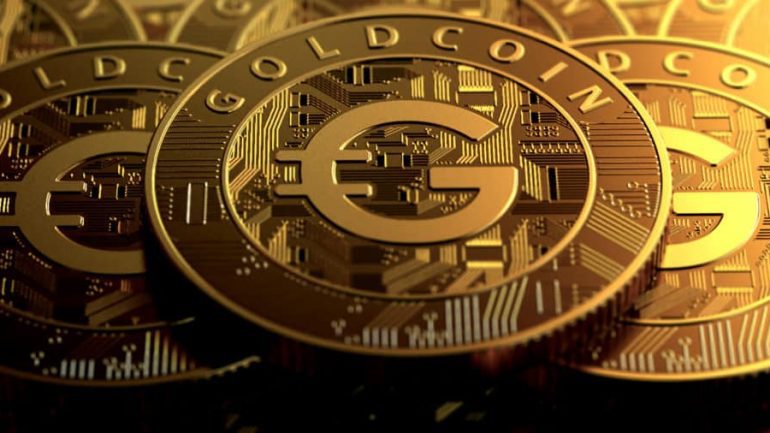 GoldCoin (GLC) is a peer to peer cryptocurrency that was launched on May 15, 2013, by an anonymous developer. It is entirely built and maintained by a team of volunteers who all share a common belief of promoting economic freedom.

In the six years the project has existed it has managed to grow a vast community and onboard a number of developers who have helped add several innovative advances on the platform including; Advanced Checkingpoint with Difficulty Detection (ACPD) with bigger faster blocks, Golden River difficulty algorithm and a 51% attack defense system thereby fundamentally changing how cryptocurrencies and economies operate.

The project follows in the original vision of Satoshi Nakamoto the creator of Bitcoin, and throughout the period, the project has been dedicated to on-chain scaling by following on the principles that were outlined in the original Bitcoin Whitepaper.

The Problem With Bitcoin Forks

The GoldCoin team has closely watched exciting advances in Bitcoin that offered a way to scale that wasn’t part of the main blockchain and seem to be artificially killing the Bitcoin core blockchain.

To cater to the masses, Bitcoin needs to scale comfortably, and there is a strong demand for this judging from the Bitcoin Cash and Bitcoin SV forks. The problem with the two forks is that they use a weakened form of the Bitcoin brand and they fail to incorporate the latest L2 features like Lightning that offers advanced off-chain scaling solution.

To solve this problem, GoldCoin has worked on a platform that utilizes both on-chain and off-chain scaling methods to create a network that is capable of scaling fully, one that doesn’t require users to “pick a side” and unites all bitcoin forks.

Work on the first ever “Reverse Bitcoin Hard-fork” began at the start of 2019 under the guidance of legendary blockchain developer Peter Bushnell. He is leading the GoldCoin team as they work on unlocking the Bitcoin blockchain by deploying a solution that promises to have a combined network capacity of Bitcoin core and its two main forks, Bitcoin Cash and Bitcoin SV.

In the end, the three platforms will combine together onto one GoldCoin brand that will be known as “Satoshi Chain.” The new changes are expected to come into effect sometime in Q3 of 2019.

What Will Be Different? 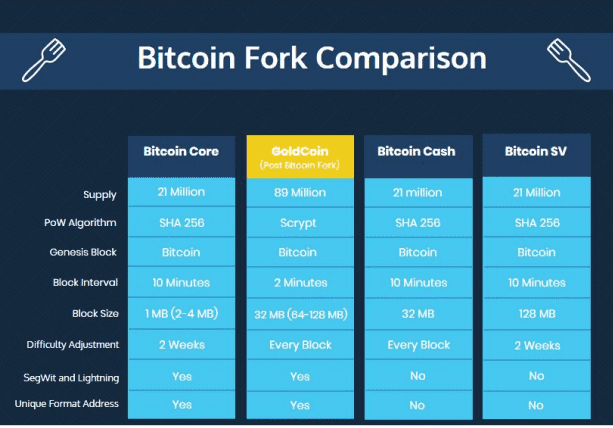 The new GoldCoin blockchain will have a maximum block size of 32 MB (128 MB weighted), and this will allow “economic forces to decide” which scaling method they prefer. Also, the chain will have 2-minute blocks.

Bitcoin uses the proof of work mining algorithm typically to maintain consensus across “a vast, globally distributed permissionless network of nodes,” however, for the GoldChain blockchain to remain backward compatible with miners after the fork, the platform will preserve its Scrypt mining algorithm.

Since GoldChain will retire its blockchain and take on the Bitcoin blockchain, the platform will maintain a unique block explorer that will retrieve pre-forked GoldCoin transactions.

To reduce the burden of the blockchain on user devices, GoldCoin clients will support blockchain pruning and SPV techniques like Electrum. On top of an Electrum wallet, the Core client will be available in both the default version and in a special bare mode version that will have pruning and requiring only 5 GB of local disk space plus 256 MB RAM to run.

Goldcoin will adopt a new innovative difficulty adjustment algorithm that was designed by Amir Eslampanah, the chief scientist of the platform. Dubbed the Golden River, the algorithm will recalculate the difficulty at each block by examining the new blocks and determining the average and median block times.

This will make it more useful in protecting against big swings in the total amount of hash power.

Unlike the previous Bitcoin forks that have gone on to use the same address format after forking, GoldCoin will implement a unique address format. “The prefix of PUBKEY_ADDRESS and SCRIPT_ADDRESS from the previous Goldcoin chain will be used which is easily distinguishable from Bitcoin Core or Bitcoin Cash addresses.”

This will help protect users from mistakenly losing their coins by sending them to the wrong address.

The new fork has been designed with the world’s financial system in mind. To ensure it’s the ideal cash payment system, 5% of every 32 MB block will be reserved for free transactions, and this will allow for up to 10 million free transactions per day.

This will have a favorable implication especially in the developing world where users will have the ability to opt-out of paying transaction fees while others will be able to include a fee to prioritize on transaction speed.

For those interested in obtaining Goldcoins (GLC), may obtain from the following eight exchanges that currently support the cryptocurrency including; Bittrex, Coinswitch, Nova exchange, Altilly, Local Coin Exchange, Tradesatoshi, The Coin and TryGoldCoin.com.

However, there is no need to worry though since once the Reverse Bitcoin Fork is implemented, all holders of the original Bitcoin will get an equal amount of Goldcoins in the ratio of 1:1. However, the project does warn crypto holders that have their coins stored on exchanges that it’s the platforms that will be credited with the GLC.

Even though exchanges should credit your account with the GLC coins, they are not legally obliged to do so. So, to help users holding Bitcoin identify if they stand to gain free GLCs, the platform will display the names and logos of the exchanges that have promised to credit Bitcoin users with Goldcoin.

If the exchange you use isn’t shown on the list, the team advises users to consider transferring their bitcoins to a supporting exchange or even better yet, they should withdraw the coins to a personal wallet where they have control over their private keys. Learn more about the GoldCoin Roadmap here.