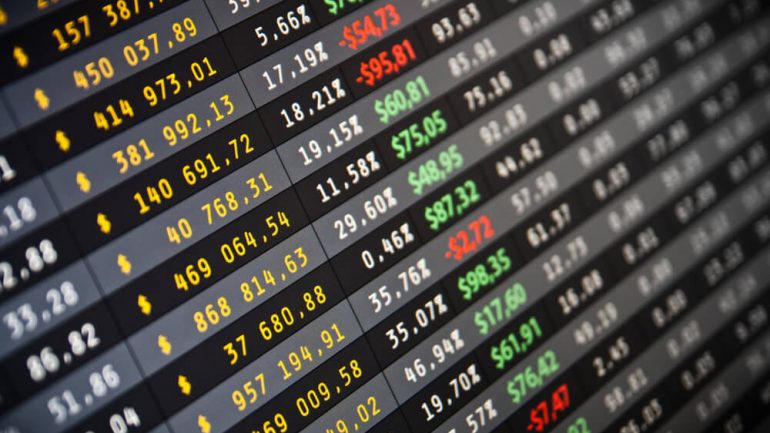 Despite the market for crypto exchanges being busier than ever, 2019 has seen a fresh glut of new trading platforms launch their services, with a few more also in the pipeline. The rise in market cap during the second quarter of the year saw a sharper increase in new crypto wallets than in previous quarters. Furthermore, a survey by Kapersky Labs indicated that 14% of current non-crypto users would like to get involved in the future.

Therefore, the growth in user base indicates there’s a healthy market to support up-and-coming exchanges. Here we round up a few of the newer crypto exchanges hitting the market in 2019, including John McAfee’s Magic, social trading platform BQT, and the upcoming futures offering from Binance. Each of them has various features designed to help differentiate from the competition.

DX.Exchange launched at the start of 2019 and already has several standout features available to users. It was the first exchange to offer tokenized stocks, whereby users can purchase equity in companies such as Amazon or Intel, which are represented by tokens on the blockchain. Recently, it launched “Turbo Tokens,” a smart leveraged token which enables users to trade with leverage without borrowing funds.

BQT, which stands for Better, Quick, Transparent, is a decentralized exchange offering social trading and hedge. With social trading, users can share their trading strategies with others, enabling newcomers to benefit from the knowledge of more experienced traders. The hedge trading feature will give users access to margin trading, by allowing them to hedge against their existing cryptocurrency portfolio holdings.

Unlike many new exchanges which offer a small range of commonly found trading pairs, BQT has a broad range of 46 token pairs listed. One of these is Binance’s BNB token. While it may seem odd for one exchange to list the token of its competitor, BQT disagrees.

A blog post from the company’s founder states that he believes the BNB token is among those with the most “robust investor interest.” Furthermore, he elaborates on the company’s “abiding trust” in Binance, and the respect for how Binance founder Changpeng Zhao (CZ) and his team do business.

Crypto’s most famous eccentric John McAfee launched his trading platform back in June of this year, called McAfee Magic. It offers traders the opportunity to trade across eight different exchanges, all from a single user interface.

Traders can set the platform to make automated trades at the same time as they are making manual trades, with access to trading features not necessarily available on the associated exchanges. It’s a non-custodial offering, as the individuals’ holdings are kept on the exchange.

Magic also offers a “shadow trader” feature where newcomers can set the platform to follow the actions of a professional trader automatically.

Binance has also announced an upcoming launch in the form of a futures trading platform. This comes hot on the heels of the company opening up margin trading to its users. Although the launch date for the futures platform isn’t clear, it’s opening up for testing on July 16, meaning a 2019 launch seems likely.

Binance may end up pipping new exchange platform Digitex Futures to the post. The latter was scheduled to open its doors from the end of April this year. However, development issues have meant that DGTX holders are still waiting for a confirmed launch date.

Both Binance and Digitex have their eyes on outranking BitMEX in the crypto futures markets. Binance has the users, but Digitex is aiming to provide commission-free trading, so it will be interesting to see how the competition pans out once both platforms are live.

TRCE doesn’t necessarily differentiate itself in terms of features. However, it has its eyes on the fiat-to-crypto on-ramping gaps in emerging markets. While traders in Europe and North America usually have no trouble finding an exchange to take their dollars, pounds, or euros, users in many countries face barriers in using their local currencies to purchase crypto.

TRCE is set to launch at the end of the year, with a press release announcing that it intends to offer on-ramping to crypto from Argentinian Pesos, Brazilian Reals, Vietnamese Dong, and Indonesian Rupiah, among 12 other currencies.

Nobody knows how long the Bitcoin price resurgence will last, but either way, the crypto markets continue to grow in terms of user base.

Therefore, any new entrant to the exchange market has a good chance of grabbing a share of the user base, even more so if they can follow the lead of the platforms listed here and differentiate their offering from the competition.