Markets by TradingView
Home » What is Bytecoin (BCN)? Cryptocurrency Guide

What is Bytecoin (BCN)? Cryptocurrency Guide 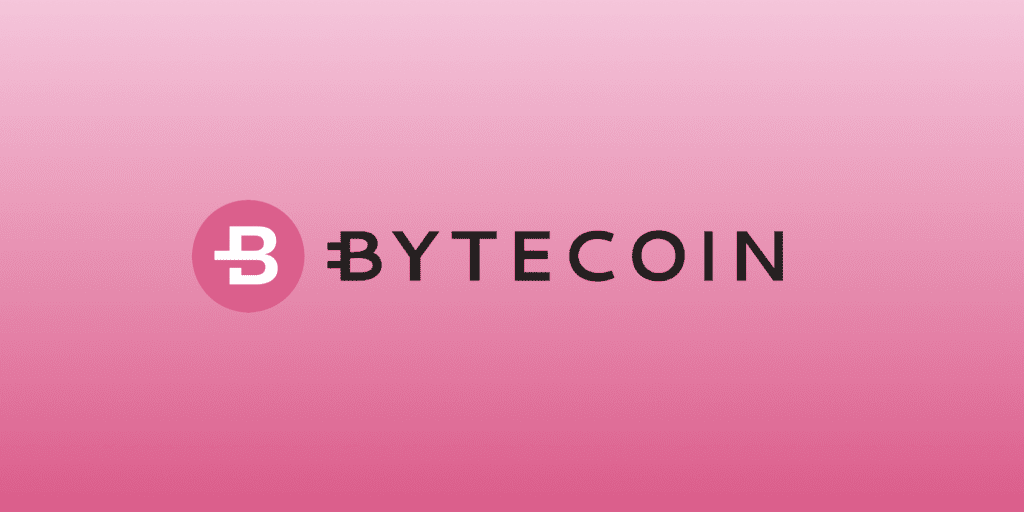 Bytecoin (BCN) is one of the oldest virtual currencies in the world. It was created back in 2012 aiming at offering a private, secure and decentralized cryptocurrency to process transactions. Although it attracted interest from all over the world during the 2017 bull market and late 2018, it was then in a long bear trend.

If you do not know what Bytecoin is, how it works and what it tries to achieve, then this is the right guide for you. In the next sections, we are going to cover different topics related to Bytecoin and how this virtual currency became one of the most promising and why it is now relegated below the top 500.

What is Bytecoin (BCN)?

Bytecoin is one of the most popular cryptocurrencies. This digital asset was created in 2012 but its peak in terms of interest and price was in mid-2018, at the end of 2017 and in recent months. The main goal behind this virtual currency was to create a secure, private and fast digital asset to send and receive payments.

One of the innovation claims that Bytecoin makes is related to the implementation of CryptoNote. This technology could make it difficult for blockchain analysts to find information about Bytecoin transactions.

By using ring signatures, CryptoNote protects the sender of a transaction and its address. That means that it is not possible to link a specific address to personal identity. This is different to how Bitcoin (BTC), or other digital currencies such as Ethereum (ETH) work. Bytecoin wanted to create a private virtual currency despite the growth and invention of other new privacy solutions.

Additionally, Bytecoin claims to have a block time of 2 minutes compared to 10 minutes on Bitcoin or 2.5 minutes on the Litecoin (LTC) network. This could make transactions faster and also cheaper for network users.

In addition, Bytecoin has also created a new technology solution called Auditable Wallets. This makes it possible to create secure and publicly available deposits (that means that they are publicly observable).

What is Bytecoin Used For?

The official site of the Bytecoin (BCN) cryptocurrency explains that the virtual currency is decentralized, untraceable and its transactions and addresses are unlinkable. So, what is Bytecoin used for then?

If you want to send a private transaction, Bytecoin could be a good option compared to Bitcoin. Despite that, the price of Bytecoin is not as stable as Bitcoin’s price. Moreover, Bytecoin is not as popular as Bitcoin, meaning that you cannot buy it and sell it in every single exchange in the market.

In the future, the Bytecoin community and its developers could create new functionalities for the Bytecoin digital asset.

Despite the aforementioned evolution of Bytecoin, most of its price history has been quite volatile. A person analysing its chart would clearly see that it could almost be considered a pump and dump virtual currency.

Between its official release and 2017, we see that Bytecoin has been traded between 0,000010 USDT and 0.00008 USDT. This happened for several years, showing that there was no clear interest in the virtual currency.

The market remained then stable falling to 0.0010 USDT, hitting 0.0025 USDT later in September. December was also a very positive month for Bytecoin. This virtual currency has experienced the same move higher towards 0.006 USDT.

Things changed over time, but 2018 was a positive year in general terms. In April it was traded close to 0.0023 USDT but then it suddenly moved to 0.03 USDT. That’s certainly a massive price increase in a very short period of time. The negative thing about this price move is that it only lasted just one day.

Things came back to normal the next day, with the virtual currency falling to 0.00055 USDT in December 2018. At that time, Bitcoin was also falling below $3,200. Since that moment, the virtual currency was not able to recover. Indeed, it fell even further to close to 0.0001 USDT per BCN.

During the last few months (between April and September 2021) BCN moved between 0.0005 USDT to 0.0040 USDT but just in very short periods. This shows that there is a very unique thing about this virtual currency, it pumps and then it gets dumped.

How to Buy Bytecoin with Paypal?

Now let’s focus on how to buy Bytecoin using PayPal. If you search for Bytecoin buy on the internet, you would find information about how to properly buy Bytecoin, but we are telling you this and more information in the coming sections.

If you want to buy Bytecoin with PayPal, we need to tell you that there is no possible way to do so. If you were told at a Bytecoin party that you could buy Bytecoin using PayPal, that’s not yet possible. Why? Because PayPal is only offering crypto purchases in specific jurisdictions and to some of its clients. That’s the reason why.

In general, buying Bytecoin with PayPal could simply be a spelling mistake as people could refer to Bitcoin (BTC) rather than Bytecoin (BCN). This is a common mistake as both words could be spelt similarly and pronounced in a similar way. If you want to buy Bytecoin, then you should search for a Bytecoin exchange that would let you do so, as PayPal is not supporting and might not support Bytecoin in the future.

Where Can I Buy Bytecoin?

These platforms that we mention below are just some of the examples where you can find and purchase Bytecoin. You should find the exchange that would let you get access to Bytecoin and to the services you need. Some of these exchanges might not be available in all jurisdictions.

Let’s start with Poloniex. This is one of the oldest exchanges in the cryptocurrency market. During the bull market of 2017, this exchange was recognized for offering a large number of smaller coins compared to Coinbase and other large platforms that only included some of the largest virtual currencies.

Poloniex supports Bytecoin and you would be able to purchase this digital asset using this platform. Indeed, this is one of the exchanges with the largest trading volume for Bytecoin. Currently, it handles 23.36% of the total trading volume of the BCN digital asset. Thus, it has a strong impact on the BCN market.

This exchange became highly regulated in the last years and it has been completely changed to become even more respected than in the past after facing strong competition from other exchanges such as Binance. Furthermore, this platform has standard fees and it would let you get access to many other digital assets besides BCN.

The trading pair offered by Poloniex is BCN/USDT. There are no other trading pairs related to this virtual currency. If volume moves higher, it might add another currency pair, but this seems unlikely.

We now focus on HitBTC. This is also a popular exchange that became a good alternative to other types of platforms in the crypto market that offered a large number of trading pairs. At the moment, HitBTC users can get access to BCN/EOS, BCN/ETH, BCN/BTC and BCN/USD.

This shows two things. The first thing is that BCN could be not only traded with USD and major cryptocurrencies but also with EOS, which is not a usual virtual currency to create pairs. Despite that, this has the lowest volume for the HitBTC platform if we consider BCN trading pairs. You should pay attention to this.

The second thing that we should mention about this platform is related to the fact that it lets you deposit fiat currencies (USD) and acquire BCN right after that. This is how easy it is to purchase BCN using the HitBTC platform.

Besides that, HitBTC is also offering many other solutions for traders and crypto enthusiasts that want to get exposure to the crypto market. These four trading pairs for the HitBTC exchange represent 5.68% of the total trading volume of the BCN digital currency.

If you are a usual trader, you should also focus on understanding commissions. HitBTC does not have a good reputation in terms of commissions. You should compare them with other platforms that might have better trading fees or withdrawal commissions.

Finally, we have CoinEx exchange, a fast-growing cryptocurrency exchange that became a leader in terms of Bytecoin trading volume. The platform has two different trading pairs (BCN/USDT and BCN/BTC) that, combined, gather 46% of the total BCN trading volume around the world.

Not only these are very useful trading pairs, but the BCN/USDT option is also the largest in terms of trading volume in the market with 38.42% of volume handled for the BCN digital asset. Although some other pairs could be added, the exchange preferred to make it easy for investors to handle the BCN digital currency.

It is worth mentioning that CoinEx is also a very useful platform for crypto users. The exchange is offering many other services in order to remain a competitive platform. That means that you can get access to many other solutions and engage in different activities in the crypto space.

Finally, CoinEx is recognized for its low fees (it also has low withdrawal fees). This makes it easier for users to handle their virtual currencies. Furthermore, this platform has a very friendly KYC process compared to other platforms in the cryptocurrency market.

The digital asset has now the challenge to become what it once was. In order to do so, it would have to change the way in which operates, as it can be seen in the charts that it was used as a pump and dump virtual currency.

Additionally, it would also have to find a way to deal with new innovative virtual currencies such as Monero (XMR) that are now the standard to process private transactions. Litecoin with private transactions could also become a new challenge for Bytecoin. Finally, it would also have to be added to other exchanges and platforms to be able to become one of the largest digital assets in the market.