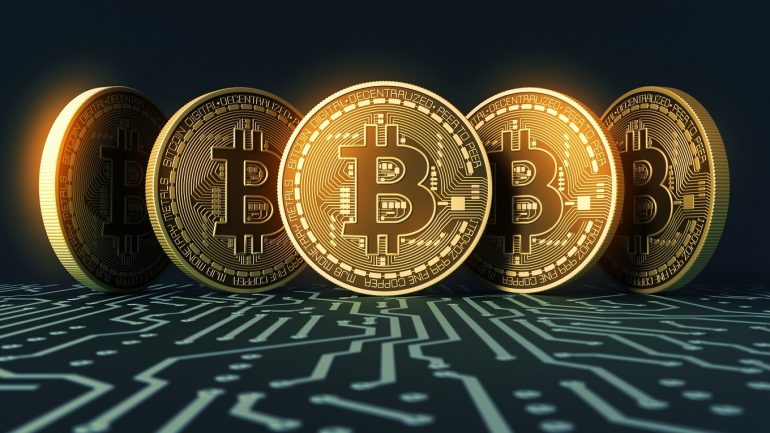 Over the last few months, Bitcoin has been making news across the world for various reasons. In May 2017, Bitcoin gained notoriety as the crypto-currency demanded by perpetrators of Wannacry ransom-ware attack. 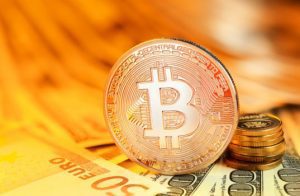 The crypto-currency is also on radar of various law enforcement agencies that suspect its possible use in various crimes from tax evasion to terror funding.

As the world’s single largest crypto-currency, Bitcoin remains in high demand. The number of Bitcoin that can be mined is limited to 21 million. Once this upper limit is reached, Bitcoin will become rare and its prices are expected to soar. There are other factors too that speak in favor of Bitcoin.

Since launch in 2009, Bitcoin has displayed an amazing record of recovery after every slump. Understandably, the crypto-currency rate does not skyrocket overnight: it depends on market demand and supply and a few other factors.

However, investors who have bought Bitcoin when the rate was low and held on to the crypto-currency for long have made very significant gains. For example, Bitcoin rate hovered around US$ 1,250 in April 2017 while a year later it stands at nearly US$ 6,500.  It is worth noting that no other investment offers such high returns in just about a year.

Countries around the world remain divided over legality and regulation of Bitcoin as well as other crypto-currencies. Absence of regulations serves to increase the value of Bitcoin: the crypto-currency will remain largely insulated from influences such as political uncertainty, conflicts, economic downturns and other factors that affect fiat currency, commodities and stocks. Some regulation may be expected in future but going by current trends, most governments appear unsure on how to deal with the convergence and popularity of crypto-currencies.

The number of retailers and service providers accepting Bitcoin is rising steadily. Bitcoin can be bought to buy anything from a slice of pizza to airline tickets, online groceries and dating services.

The reason for surge in Bitcoin acceptance can be directly attributed to rapid proliferation of smart-phones. Bitcoin can be stored and carried on smart-phones while payments can be made by scanning a QR code.

4. It doesn’t require your personal data, but it’s not anonymous

Bitcoin does not offer complete anonymity. It is a myth that needs debunking. You need to pay with credit/ debit card or through net-banking while trading in Bitcoin. Hence, your bank statement can reflect these transactions.

However, Bitcoin offers near total anonymity to users. You can buy Bitcoin in various countries, through physical Bitcoin ATMs and crypto-currency exchanges using cash. Bitcoin can be stored in hardware wallets that resemble ordinary memory sticks or simply on smart-phone based wallets.

Buying and selling products and services remains largely anonymous unless you specify a delivery address or buy tickets on a passenger’s name.

Since Bitcoin exists in cyberspace, it is a borderless currency. You can buy and sell Bitcoin from any location in the world using nothing more than a smart-phone connected to the Internet.

This also serves to put Bitcoin above the ambit of the taxman. Nowadays, there are several ways to earn free Bitcoin too. Providing anonymous services to foreign buyers or proxy trading in Bitcoin helps earn Satoshi or units of Bitcoin.

You can request banks and other financial institutions in foreign countries to pay interest and dividend in Bitcoin and demand a higher rate since the payment is in crypto-currency.

However, Bitcoin also has numerous flipsides. Before investing or trading in this crypto-currency, it is essential to know about risks and downsides of Bitcoin.

Since Bitcoin is unregulated, there are no guarantees or collaterals offered by any government or organization. Hence, your investment in Bitcoin can hit rock bottom anytime, should regulations adverse to its survival come into force.

Unlike demonetized currency, you would be unable to seek compensation for any losses incurred due to Bitcoin ceasing to exist or being deemed as illegal.

Secondly, you can lose all investments in Bitcoin should you misplace a hardware wallet or forget user ID and complex passwords required to access online and software wallets. Once lost, there are no known ways to recover the Bitcoin: it fades into limbo in the cyber world. However, if you’re keeping the private keys to your Bitcoin wallet safe – you shouldn’t have any problem.

Bitcoin and other crypto-currencies now feature prominently on radars of law enforcement agencies worldwide. There is sufficient scope to believe that Bitcoin and its counterparts are used in crimes ranging from tax evasion to drug trade and terror funding.

Anonymity provided by the Blockchain and transaction process helps criminals to flee without leaving footprints. There are also indications of certain rogue regimes using Bitcoin and other crypto-currencies to fund terrorism, acquire banned and sensitive technology and finance activities against other countries.

While Bitcoin has an excellent track record of recovering from slumps and maintaining highs, there are no guarantees the trend will continue. Any adverse regulation or law can sound death knell of Bitcoin.

In January 2018, banks in India froze accounts of Bitcoin exchanges while traders came under scanner for perpetrating scams. Consequently, demand for Bitcoin in India, where investors look for novel ways to put money, crashed overnight without any promise of recovery.

In the US, Federal Reserve has remained ambiguous over Bitcoin related policies while Europe too remains divided over its legality. This makes it difficult to project the future of the Bitcoin.

Barring a couple of dozen vendors around the world, most global retailers and chains remain wary about accepting Bitcoin. The world’s largest online store, Amazon has consistently stayed away from accepting Bitcoin, though the crypto-currency has been around for almost a decade.

The same holds true for various other e-commerce giants, hospitality chains, vendors of services such as adult entertainment and dating, healthcare and myriad others. One of the reasons for this reluctance is that Blockchain technology is yet to evolve and the current system involves complex processes for a single transaction.

The Bitcoin world has also fallen prey to scams and frauds on various occasions. There are instances where conmen have fled with Bitcoin of perfectly legitimate investors by tempting them to part with user IDs and passwords.

Ponzi schemes involving Bitcoin continue to raise their ugly head at different locations in the world. In some countries, scammers were arrested by authorities that have dented the otherwise excellent reputation of Bitcoin.

Some “online exchanges” that offer Bitcoin at very attractive prices have turned out as shams. Hardware, software and online wallets are prone to hacking despite the use of complex access codes.

The above facts make it difficult to predict the future of Bitcoin. It is quite likely that Bitcoin prices will soar and ebb in future, benefitting long-term investors. At the same time, it is possible that the crypto-currency may cease to exist due to any reasons such as laws banning Bitcoin.

That Bitcoin will gain immensely once its figure of 21 million is reached is likely a myth. The last Bitcoin is expected to be mined in the year 2140, which is beyond life expectancy of any person currently living on this planet.

Further, about 80 percent of the total 21 million have already been mined- meaning the balance 20 percent will not have any significant impact on the crypto-currency market. Hence, it is better to study all features of Bitcoin before venturing into investments.