Markets by TradingView
Home » Analyst Considers It is Possible To Have A $100,000 Bitcoin

Analyst Considers It is Possible To Have A $100,000 Bitcoin 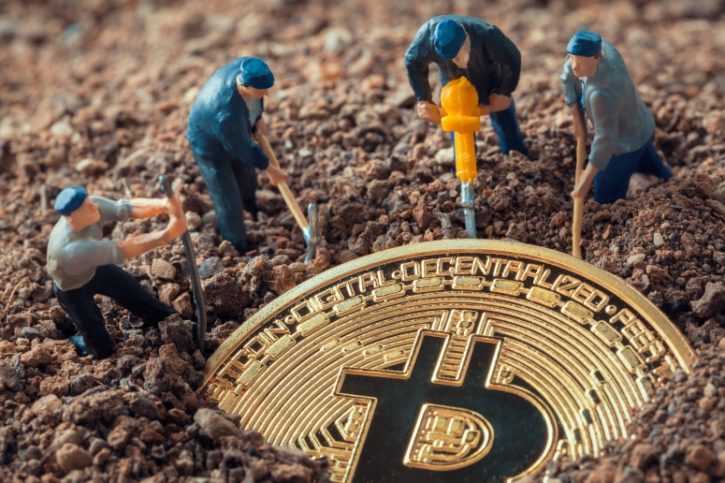 The Bitcoin (BTC) recognized analyst PlanB said that it would be possible for Bitcoin to surpass $100,000 by 2021. This is according to the stock-to-flow model that the analyst closely follows.

In May 2020, Bitcoin is going to experience a new halving event that will reduce the new issuance of Bitcoin from 12.5 BTC to 6.25 BTC per block. This could eventually have an influence on the price of the most popular cryptocurrency.

In a recent conversation with Global Macro Investor founder Raoul Pal, PlanB mentioned he considered it is possible for Bitcoin to surpass the $100,000 mark.

Until now, the leading cryptocurrency reached an all-time high of $20,000 in December 2017. However, since that moment, Bitcoin remained traded below that level with a local peak in June 2018 close to $13,750.

PlanB is a Bitcoin investor that follows the stock-to-flow model in which he explains how Bitcoin price behaves.

The stock-to-flow (S2F) is the amount of the asset that is held in reserves divided by the amount produced every single year. In general, the commodities that have a higher stock-to-flow ratio are preferred by investors for their scarcity.

As PlanB explains, Gold has the highest S2F, equal to 62. It would take 62 years of production of gold to get the current gold stock. Silver has the second-largest SF with 22 years for its production to reach the current silver stock.

Bitcoin’s S2F is currently 25. However, this is expected to increase in the future to 50 in 2020 after the halving event and even more in 10 years.

The first price prediction for Bitcoin price after its halving event is $55,000 considering it should have a $1 trillion market capitalization.

However, in this recent conversation with Raoul Pal, he said Bitcoin should have a price above $100,000 by Christmas 2021.

“Somewhere between and year and a year-and-a-half after the halving, so say before Christmas 2021, Bitcoin should be, or should have been above $100,000. If that’s not the case, then all bets are off and the model breaks down.”

No, not us – one of our subscribers after watching this conversation between Plan ₿ (@100trillionUSD) and @RaoulGMI.

However, he considers that the model is not expected to break down and that it will follow the trend other commodities are currently following.

Moreover, he said that negative interest rates, predatory governments and institutional investors would push Bitcoin price to over $55,000.